Those who follow Life in Norway on Facebook or Twitter or saw my exploring the Baltics post last month will know I recently visited Tallinn. I chose to fly with Estonian Air for not only my first visit to the country's capital, but my first visit to any of the Baltic states.

It's not the first airline you think of when planning a trip from Norway, but reaching Tallinn with Estonian Air is remarkably easy thanks to direct flights from both Oslo Gardermoen (OSL) and Trondheim Værnes (TRD).

Estonian Air is the national airline but doesn't offer long-haul flights – yet. They focus on short-haul flights to European destinations that are popular with Estonians, such as nearby Finland, Sweden, Norway, Denmark, and of course, Russia. In February 2014, Estonian Air carried 32,152 passengers on 690 flights. Being small, they focus all of their attention on these short-haul routes.

Not only is Trondheim Airport my home airport and therefore the one I visit most often, it's also one of my favourites following the recent improvements from Avinor. Initially I was quite surprised to find a regular direct flight from Trondheim to Tallinn, but after the trip it seemed logical. The flights run both ways on Fridays and Sundays, providing direct transport for Estonians working in Trondheim, but also for Norwegians wanting a relatively cheap weekend break.

In addition, the code-share with SAS makes the route more visible and attractive to Scandinavian frequent flyers. SAS EuroBonus members can even collect points on routes operated by Estonian Air to and from Scandinavia.

Estonian Air opened the route to Trondheim on 5 September 2011. According to Rauno Parras the route has seen activity especially coming from Trondheim side. “We see that Norwegians use this route both for flying to Tallinn as well as for connecting flights via Tallinn” said Parras.

The flight was operated using an Embraer 170 aircraft with 76 seats in a 2×2 configuration, a popular setup on short-haul European routes. 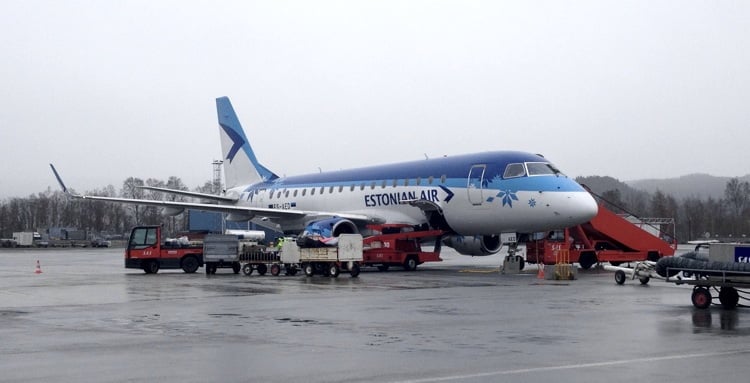 One nice touch, during boarding there was a newspaper stand at the front of the plane with free newspapers to read during the flight. Although these were mainly in Estonian, I did find a copy of the Baltic Times, a weekly English language newspaper covering news from Latvia, Lithuania and Estonia. 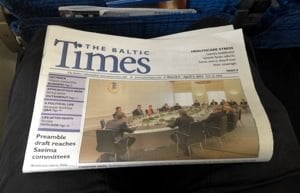 Together with the bilingual in-flight magazine In Time, it was more than enough reading material for the short flight.

I had a flex ticket, which although wasn't a business ticket still entitled me to sit at the front of the plane. Economy was almost full, so it was nice to get a spare seat next to me.

Business and Flex work in a similar way to SAS Plus, where you get free food and drinks, although the food offering is more generous on Estonian Air. Only minutes after take-off, I was offered a cold lunch platter, consisting of a waldorf salad with smoked chicken, a spinach pie, and a strawberry cheesecake. Needless to say, it didn't last long 😉

The platter on the return flight was more suited to the time of day (evening), consisting of a roast beef slice with potatoes, a vegetable salad and a really good lemon-rum sweet. Neither meal was knockout, but much better than is usually served up on short-haul flights. 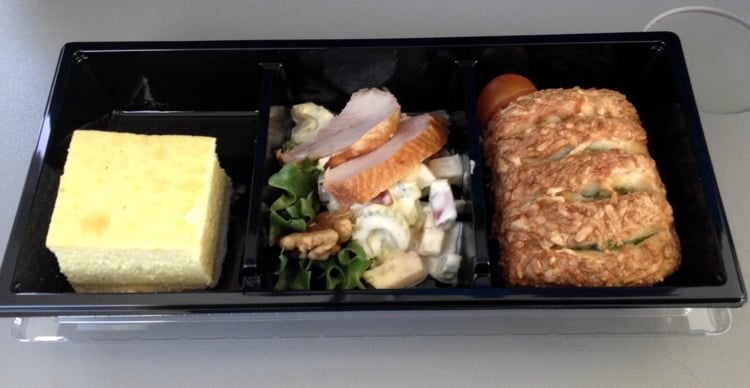 The standard menu offers this platter at €9, with snacks and drinks starting from just €2.

The weather in Tallinn on my last day was terrible so I went to the airport a couple of hours early to catch up on some writing and relax before my flight. This gave me the opportunity to explore the nice compact airport.

First thing to say about Tallinn Airport is its proximity to the city centre – just 4km! This means a local bus to within a few minutes walk of your hotel (highly likely as Tallinn is small) costs just €1.60 and takes around 15 minutes. If the weather was better I would've walked, which Google Maps estimated would take just 50 minutes.

Second thing to say is there's free wifi covering the airport, without any of the sign-up nonsense you normally run into. Gold star, Tallinn! 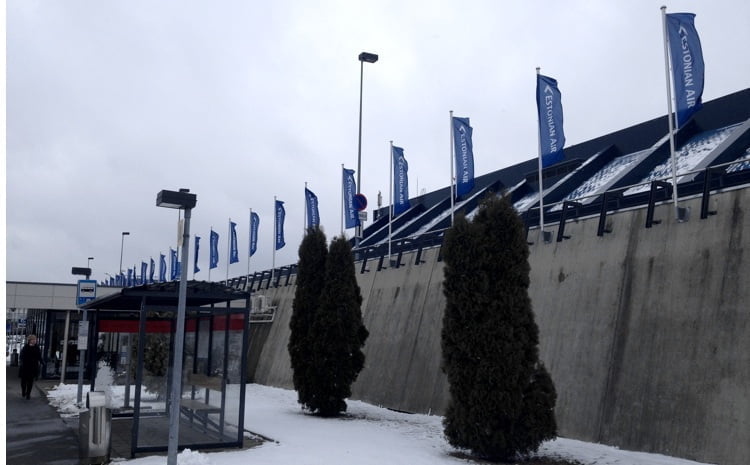 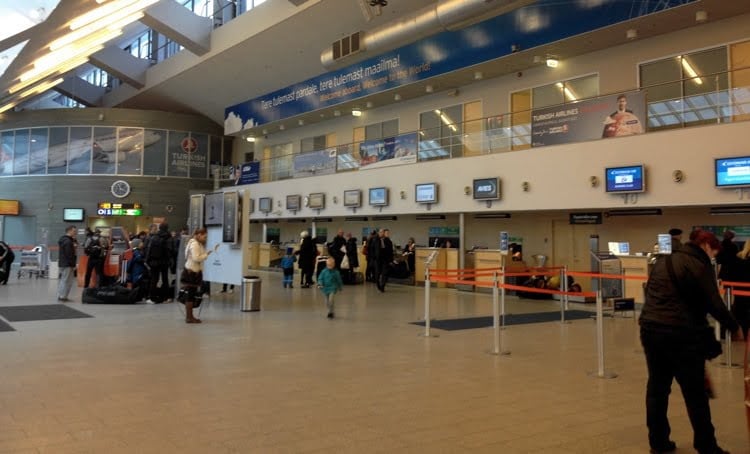 With Star Alliance Gold status I was entitled to use the business lounge, well-stocked with sandwiches, snacks, and more alcohol than a lot of other airport lounges. It was also my first opportunity to try the local liqueur, Vana Tallinn, which I liked so much that I ended up buying a bottle from the duty-free! 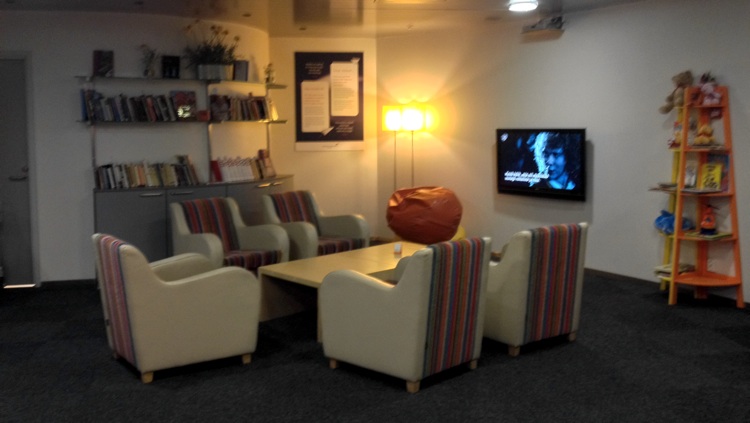 Disclaimer: I travelled as a guest of Estonian Air as part of my trip to Tallinn.