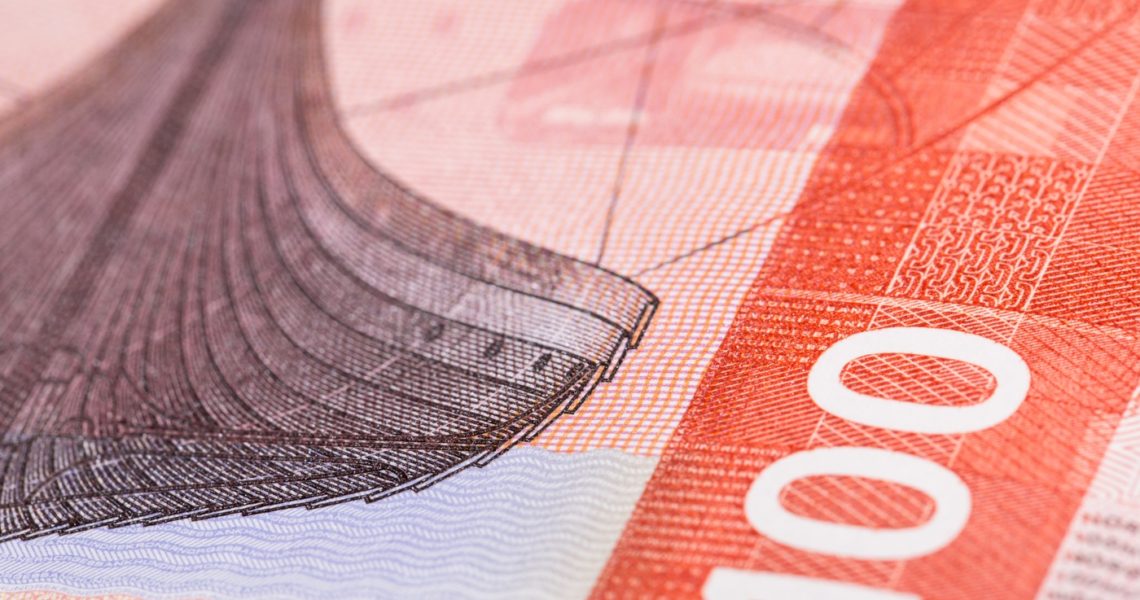 A beginner's guide to exchanging currency.

Do you plan to emigrate to Norway? Then before you do, one crucial part of the process is exchanging currencies into the Norwegian krone, and transferring your money to Norway. This may be because you intend to buy a house there, or just because you’re emigrating, and need some savings to tide you over, during the first few weeks.

Given that, you may wish to know: what does the foreign exchange process involve? How can you maximise your krone total? In this post then, what I want to do is present an introduction to foreign exchange, for people who’ve never done anything more complicated than exchange currency at the post office before a holiday.

What is foreign exchange?

If you go to a bureau de change, or the post office, you’ll most likely be able to find a chart or screen that looks like the following:

What this is, is a table of currency pairs. Each line presents two currencies, the first of which is sold in order to buy the second. The number at the end, meanwhile, is the price you’ll get in the second currency for selling 1.00 of the first. So if you wanted to present the table in the fullest manner possible, you could write:

That then should give you a good idea of what it is you’re looking at when you go to a bureau de change. The currency tables are just abbreviated versions of the sentences I’ve written out above. Of course, that isn’t everything, and in particular the currency table raises two important questions: Why does each pair have a different rate, and do the rates always stay the same?

Why does each pair have a different rate?

To address the first question, each currency pair has a different value, because that’s the value the foreign exchange market believes those particular two currencies have in relation to each other at that time. It’s about the relative value of each currency, given the economies of the two countries involved.

So let’s say you want to exchange UK pounds to Norwegian krone, because you’re emigrating from Britain to Norway. You look at the exchange rate one day, and it says ‘GBP/NOK: 9.1773'. That means the countless thousands of participants who’re interested in buying and selling UK pounds and Norwegian krone, have decided that should be the rate at which they’re exchanged.

However, imagine you’re actually interested in selling US dollars to buy Norwegian krone, because you're a US student thinking of studying in Norway. You look at the rate, and it says ‘USD/NOK: 5.7813.' Why is it different from the UK rate? Well, it could be because there are more US dollars available, making it less valuable, or because the US economy is weaker.

In any case, the point is the same. Each rate is different, because each currency pair is different, and therefore involves the market making a different decision about how much they’re willing to buy and sell those two currencies for. So you could never exchange a US dollar to buy Norwegian krone, and get the same amount as if you’d exchanged, say, UK pounds or euros.

Do the exchange rates stay the same?

Second, it’s important to note that, if the exchange rates are little more than a vast, digital, international market, in which people say ‘I want to buy this currency for this amount’ and ‘I want to sell this currency for this amount’, then the value of each pair will change. This is because, depending on how valuable people think the currencies are, they’ll buy or sell them for more or less.

Imagine, for example, that you're interested in exchanging US dollars to buy Norwegian krone and, one day, the Norwegian government announces that Norway’s economy has expanded 10.0% in a year, making it considerably larger and more powerful (this would never really happen, but go with it.) Given that, don’t you think Norway’s currency would be worth more? Don’t you think you’d have to pay more to buy it?

So while the ‘USD/NOK’ rate might have been 5.7813 before the Norwegian government’s announcement, it might slip to 5.77 after, as people decide to sell their krone at a higher price. That of course means, the amount of krone you get for 1.00 US dollar must decline. Equally though, if bad news comes out of Norway, or good news from the US, then the opposite can happen, and the US dollar become more valuable against the krone too.

How does all this affect you?

Right now you might be saying, ‘That’s all very nice, but what does it have to do with me?’ Well, if you do intend to emigrate to Norway, or buy a house there, chances are you’ll have to exchange currencies. In itself, it’s therefore extremely useful to know what it is you’re dealing with when you get involved in foreign exchange. You might for instance say to yourself, ‘I’d like to know if the US dollar is up against the krone today.’ And with what I’ve explained here, you’ll be able to do that, and know what the foreign exchange tables tell you.

Of course, there’s a lot more to the foreign exchange market, such as examining the rates to maximise your krone total, or using the news to pick up on a favourable change. But that’s a topic for another post.