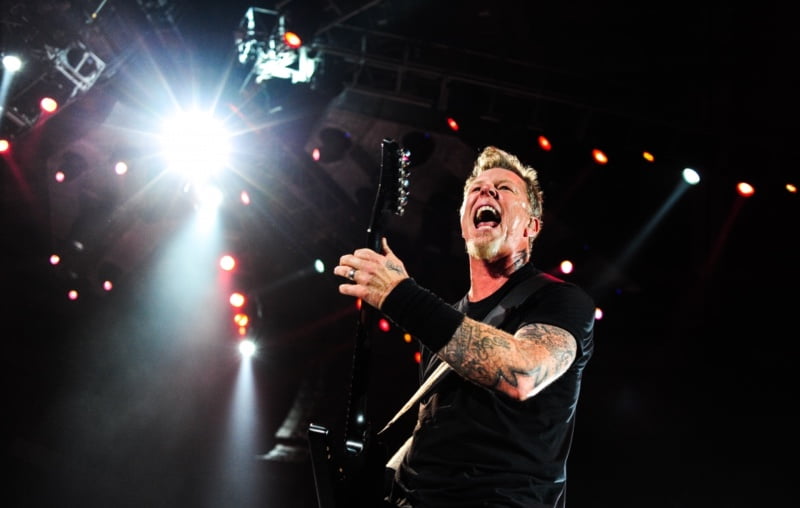 Scroll down to watch video of this summer’s live concert in Trondheim from one of the world’s biggest ever heavy metal bands.

Since 2016, Metallica have been touring the world with their WorldWired tour. Formed in 1981, the California heavy metal band have fans all over the globe, but especially in Norway where the genre enjoyed its heyday in the 80s and 90s.

Trondheim transformed for the day

Earlier this month, the band stopped off at Trondheim's Granåsen Arena. Trondheim, normally empty in the middle of July, was full!

The city's hotels were full and fans filled the bars and cafes for the hours before the show. Then the city emptied, as tens of thousands of people took shuttle buses up to the arena, which normally hosts some of the world's best ski jumpers!

Local newspaper Adresseavisen reported that an incredible 35,000 litres of beer were sold at the arena!

The band played a mix of songs from their latest album, “Hardwired… To Self-Destruct”, which came out in November 2016.

To the delight of many Norwegian fans, the band also snuck in a cover of the “classic” Norwegian song “Forelska i lærer'n” from The Kids, originally released in 1980.

The full set-list was as follows:

The entire two-hour performance is available on YouTube thanks to the folks at Metallica Music&Videos. The video includes every song from the setlist including the Kids cover. We've included the video here for you to enjoy!