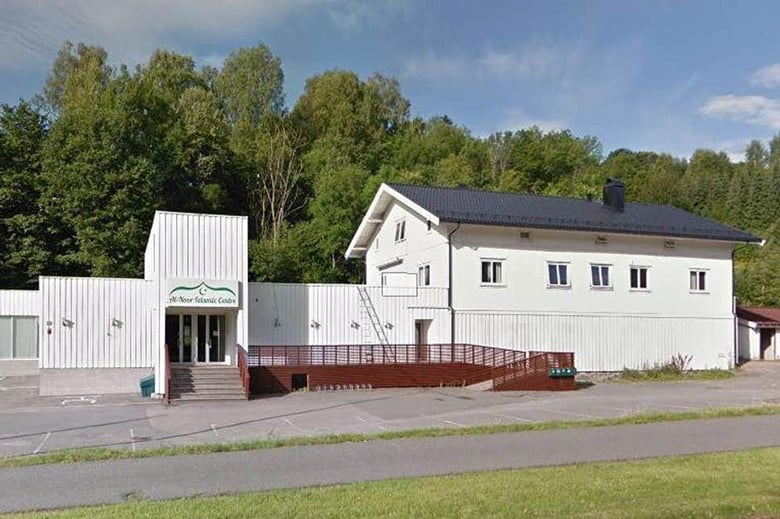 Updated: The man arrested in the attempted mosque shooting near Oslo appeared in court on Monday. He is also suspected of killing his half-sister, who was found dead in her house.

Norwegian Police have arrested a man following a shooting at the Al-Noor Islamic centre in Baerum. He is suspected of murder and attempted murder. One person was injured in the attack, which took place around 20km from Oslo.

Norwegian newspaper VG reported that a Police emergency team and bomb squad headed to an address soon after in Bærum. The body of a woman, believed to be the suspect's half-sister, was discovered at the address and is being treated as a suspicious death.

Police can hold the suspect for up to four weeks while evidence is gathered.

Suspect in custody, refuses to be questioned

Police say the suspect is Philip Manshaus, a 21-year-old Norwegian man with a Norwegian background and lives locally. He had access to legal hunting weapons, but the police do not rule that he may have had access to illegal weapons too. The suspect is likely to be charged with terrorism on Monday.

They have also announced that Manshaus filmed the mosque incident using a GoPro camera. The film will be important evidence in establishing exactly what happened.

NRK reports that the man is making use of a right in Norwegian law not to be questioned. His legal representation has said the accused does not admit guilt: “He has so far chosen to exercise his right not to explain himself. That is status now, how it will be later we wait and see.”

Neighbours have expressed their surprise at the actions of what they considered an outgoing and polite boy. However, friends have independently given interviews stating that they saw a change in behaviour following a family death a few years ago.

This included adopting religious beliefs, and expressing support for right-wing politics. Police have confirmed they have linked the suspect with right-wing forums online, but little more information is known at the present time.

The incident took place shortly after 4pm on Saturday, which is the day prior to the Eid-al-Adha celebration.

Irfan Mushtaq is a board member at the Al-Noor Islamic centre. He told the media that the gunman wore a uniform and helmet. He was quickly overpowered by another member after opening fire, but not before injuring one. “The man carried two shotgun-like weapons and a pistol. He broke through a glass door and fired shots,” he told TV2.

One of the members says the victim is an elderly member of the mosque. His injuries have been described as “minor”, sustained while overpowering the gunman.

According to eye-witnesses, there were only a couple of people present when the perpetrator entered. But just 10 minutes before, there had been many more in the building for prayers.

“When we got there, there was a person who had been overpowered by those on the scene,” Oslo's Police chief Rune Skjold said at a press conference. The men is described as a “Norwegian citizen with a Norwegian background who lives in the local area”.

The arrested man is receiving treatment for minor injuries before being questioned by police. The Police added that they have had previous contact with the arrested man, but declined to comment further.

The Police are now investigating whether the man had left any indication online of his plans.

The Norwegian Prime Minister Erna Solberg expressed her condolences to those who were at the mosque in Bærum. However, she warned against speculation on the cause and motive. She said the Police must be allowed to investigate.