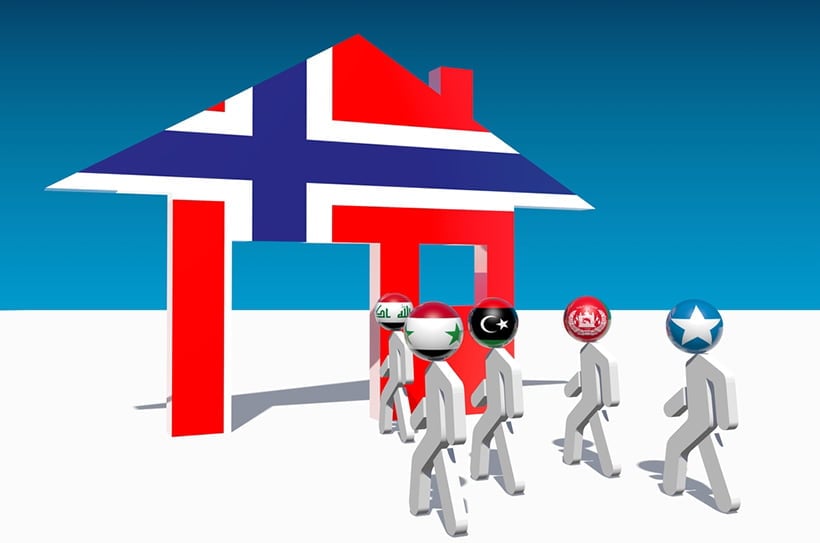 Passport applications, immigration and residency services are among the police services to be reopened as Norway begins relaxing some of its coronavirus-related emergency measures.

A couple of days before the Easter vacation began, Prime Minister Erna Solberg announced that some of the emergency measures would be lifted later this month. This included the reopening of kindergartens and schools for young children. Businesses including hair salons that had been forced to close can also reopen.

Now the Easter break is over, the government has announced a further lifting of restrictions. At a press conference, Justice Minister Monica Mæland announced that Norway's police districts would reopen. Of course, police operations have continued, but the stations have been closed to the general public since 13 March.

The reopening will start from next week, but only certain services will be in operation. “Next week, the police districts will partially reopen for selected police services. This applies to reports of serious crime, issuance of passports and treatment of immigrant and residence cases,” said Mæland.

In Norway, the Norwegian Directorate of Immigration (UDI) is responsible for processing immigration and residency services. But it's the Police that administer the in-person appointments required for many services. All appointments with the police and the service centre for foreign workers had been cancelled for more than a month.

The reopening of services is good news for everyone who had moved to Norway in the months prior to lockdown. Many had been left in limbo, lacking the formal documents required to work.

However, at the time of writing, the police website gave no new information about rebooking appointments. “For the moment, we do not know when the service can re-open, or when you can make a new appointment,” it read.

Other services remain available online or via telephone, such as the reporting of less serious crime. “For this to be carried out practically, we must first make sure that the necessary anti-contagion measures are taken and that those who use the police's services online can continue to do that,” she added.

Ministers warn Norwegians to play by the rules

Mæland was also critical of many people who held parties over the Easter weekend. The police were called out to several incidents, according to Mæland.

“There are some cases where the police have had to come out and stop parties. I understand that people are impatient, but it is important and absolutely necessary that people continue to take part in the national dugnad and follow the infection control rules,” she said.

Norway's Health Minister Bent Høie also appeared at the press conference. He issued a warning that the continued lifting of the coronavirus restrictions was far from guaranteed. He made it clear that everyone living in Norway must continue to adhere to the restrictions and the recommendations that remain in place.

“Soon hairdressers are going to open their doors again, and physiotherapists will meet patients face-to-face. It will be very easy to think that everything is back to how it was before, but I must emphasise that we are still far away from how things were before.”

Høie warned that if a second wave of infections were to appear, restrictions would have to be reintroduced. “If we fail, we will need to tighten up again. We have taken control together and it has come at a high price. We must keep control together, because it's extremely easy to let it go.”

Authorities also announced they expect to be able to significantly increase the testing capacity over the next few weeks. At the time of writing, 6.686 people in Norway have tested positive for COVID-19. However, only 128,569 have been tested, based on strict prioritisation guidelines.

Bjørn Guldvog, the Director of the Norwegian Directorate of Health, explained more about the increased testing: “This is possible thanks to the help of technology from NTNU and St. Olav's Hospital. This is important to us. Firstly, to be able to detect and isolate those infected and stop spreading at an early stage, and secondly to be able to test everyone in quarantine so they can get back to work faster.”