Skip to content
Home » Learn Norwegian » An Introduction to Norwegian

Despite virtually all Norwegians being fluent in English, many expats living and working in Norway choose to learn Norwegian.

Some choose to learn because their company pays for lessons, others because they want to understand more of what’s going on around them. Others plan a long-term stay.

Norwegian (natively known as norsk) is a Scandinavian language, a collection of North Germanic languages closely related to one another.

Native speakers of Norwegian, Swedish and Danish can to a large extent understand one another even though the languages are distinct.

Faroese and Icelandic, whilst also being North Germanic, are sufficiently different not to be considered a Scandinavian language.

How closely related is Norwegian with Danish and Swedish? Well, many professional jobs in Norway require English and “a Scandinavian language”, rather than Norwegian specifically, so that should give you some idea!

Focusing on Norwegian, there is some important background to understand before you get started.

The development of Norwegian

The heritage of all the North Germanic languages lies in the language of the Vikings – Old Norse. Originally the people of what is now Norway spoke a Western Old Norse dialect, which developed into the Icelandic and Faroese of today.

A long period of Union with Denmark resulted in Danish becoming widely used in Norway, a change which began to define what Norwegian is today. This fracture is still evident today, especially in the written language, which we’ll come on to later.

The development of Old Norse into the modern languages of today is a fascinating tale and I’d encourage you to read more about it on the excellent Wikipedia article.

Influenced by the history above, there are two forms of written Norwegian, Bokmål and Nynorsk.

Bokmål is the dominant form, taught as standard in 86.5% of schools and is the language of urban Norway. It is considered a Norwegianised form of Danish.

Nynorsk is used mainly in rural Western areas of Norway. 116 of Norway’s 431 municipalities use Nynorsk, although this represents just 12% of the population.

It is considered by some to be a more “pure” version of Norwegian, related to the Old Norwegian used before the Union with Denmark.

As a foreign learner you will almost certainly be taught Bokmål, but it can be helpful to understand the differences from the start.

Dialects rule in Norway. They more or less fall into four regional categories, North, West, South and East, but dialects exist right down to a local level. Politicians and TV presenters often use their local dialects.

As a foreigner learner you will probably be taught to speak using the Eastern dialect common in Oslo.

Accents and local dialects can make Norwegian difficult to understand in certain parts of the country, even for native Norwegians! 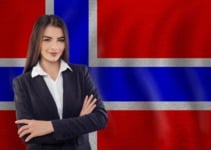 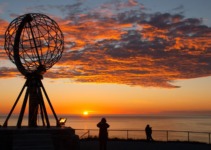 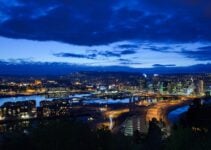 1 thought on “An Introduction to Norwegian”