From Odin’s mighty horse to a world-circling serpent, Norse Mythology has a cacophony of crazy creatures!

The world of fantasy is packed full of amazing mythical creatures such as Elves, Dwarfs and Giants.

Everywhere, from Lord of the Rings to The Elder Scrolls games, these creatures are deeply woven into our cultural fabric.

But what many people don’t realise is that most of these creatures take their cue directly from Norse mythology.

Here, we take a look at the best of the best – from races such as elves to individual creatures such as the mighty Kraken – so for everything you need to know about the fantastic beasts, we’ve got you covered!

Said to inhabit the realm of Alfheim, under the rule of the God Freyr, the Elves were tall, slim demi-gods with pale skin and hair, who were more beautiful than the sun.

On the whole the Elves kept themselves away from the affairs of humans, appearing only occasionally to either cause or cure illnesses, based on their whims. They were a very fluid race and did not subscribe to the normal gender roles of humans. Elves were often portrayed as morally ambivalent.

Some sources distinguish Elves into two different groups – Dökkálfar and Ljósálfar – Dark Elves that are ‘blacker than pitch’ and Light Elves that are ‘lighter than the sun’.

This is disputed by many scholars, and the Dökkálfar could either be an attempt to introduce the ‘good vs evil’ concept or they may be Dwarfs under another name.

Either way, it’s clear that the Ljósálfar are what we have come to know of as Elves.

Svartalfheim – literally home of the black elves – is where the Dwarfs live.

Unlike our modern depictions, there is no evidence that Dwarfs were short, stout beings. Instead, they are considered ‘lesser’ beings and so some may have warped this into ‘short’.

Dwarfs dwell in the earth, and Svartalfheim is often thought of as a labyrinthine underground complex of mines and forges. Smithing – making things – is what we think of best when it comes to Dwarfs.

Amongst the incredible artefacts forged by the Dwarfs are Mjollnir – Thor’s hammer – Skidbladnir – a ship belonging to Freyr that always has a favourable wind – and Draupnir and Gungnir – Odin’s ring and spear.

The Jötnar (singular Jötunn) are an odd bunch, and difficult to define. Despite generally being translated as ‘Giants', they are usually the same size as humans.

Often said to be at war with the Gods of the Æsir and Vanir, nevertheless, many of the Norse Gods themselves are borne of one or more Jötunn. It's perhaps better to consider them as ‘devourers'; chaotic spirits of night and darkness and winter.

We'll get onto a few specific Jötunn later in this article but they include Hel – the Goddess/Giantess of the Underworld and Ymir who is a hermaphroditic entity that is the first being in the Norse creation myth.

Trolls are a subset of the Jötnar.

A stirring rendition of Wagner's Ride of the Valkyries has adorned many a film to good effect but what are the Valkyries?

They're Odin's female helping spirits who are depicted as elegant maidens ferrying the slain to Valhalla. A good story but, as always, it's not quite that simple!

It's certainly true that the Valkyries carried the slain to battle but their name – Choosers of the Slain – hints at their more sinister side. They don't simply choose who gets in to Valhalla, they also choose who lives and dies in battle!

Read more: The Role of Women in the Viking Age

What mythology is complete without some kind of zombie story? In Norse mythology these are the Draugr.

Draugr are undead beings, with superhuman strength and the stench of decay. They can also increase their size at will and shape-shift into other creatures.

Perhaps most importantly, they can swim through solid rock, which perhaps explains how they exit their tombs.

They spend their days protecting the treasures in their graves and crushing people who attempt to rob them, or who wronged them in their lives.

So now we have our classes of being, let's look at a few specific examples of Important Norse Creatures.

For humans at least, there are few creatures more important than Jörmungandr. Also known as the Midgard Serpent, he encircles the Earth keeping everything in place.

Jörmungandr is the child of Loki and the Jötunn Angrboða, along with Fenrir and Hel, and was tossed into the ocean by Odin. The serpent grew so large that he was able to surround Midgard and grasp his own tail.

Jörmungandr's arch-enemy is Thor, the God of Thunder. Ragnarok – the End of Days – begins when Jörmungandr releases his tail and comes out of the ocean to poison the sky.

He will be slain by Thor who then drops down dead from being poisoned by his venom. Mutually Assured Destruction!

Another of Loki's delightful children, Fenrir the Wolf is the fiercest and most vicious of all the creatures. Thanks to prophecies noting Fenrir's growth and ferocity, the Gods decided he must be bound.

They tried two strong chains, which Fenrir broke easily, before commissioning the Dwarfs to create Gleipnir.

When the Gods came to tether Fenrir, he didn't trust them so the God Tyr places his hand in Fenrir's mouth as a bargain.

After the Gods had bound him with Gleipnir, a tether that's as thin as silken ribbon but stronger than any chain, he reslised he'd been tricked and bit Tyr's hand clean off.

At Ragnarok, Fenrir will kill Odin and then, in turn, be killed by Odin's son Víðarr.

Read more: The History of the Viking Age

Odin's mighty, 8-legged horse Sleipnir is yet another one of Loki's children. The best of all horses, Sleipnir is the offspring of the stallion Svaðilfari and Loki who, in the guise of a mare, was attempting to distract the stallion's owner.

Hermóðr, the messenger of the Gods, rode Sleipnir to Hel to bargain for the release of Baldr after he had been killed by the mistletoe launched by his blind brother Höðr.

Through their daily travels Odin could keep an eye on his charges and become wise.

Some have linked the two ravens to being a metaphor for Odin casting out his thoughts and his mind in a trance-like practice, and he was known to fear that one day they might not return.

The Fossegrim is a water spirit who plays enchanting music on the violin. Usually depicted as a beautiful, semi-clad or naked male, the Fossegrim is tale of both good and bad.

On the one hand, the Fossegrim is sometimes known to teach humans how to play the violin as beautifully as he, but only if they sacrifice a goat. If the goat is too lean, the Fossegrim will only teach how to tune the fiddle.

But a sufficiently prime goat will make for a lesson until the player's fingers bleed at which point they will be able to play so well as to make the trees in the forest dance.

On the other hand, he lures women and children to lakes and streams where they drown, which is rather harsh! But as with all parts of mythology, where good things happen, death is usually close by!

Ratatoskr, drill-tooth or bore-tooth, is a squirrel who runs up and down Yggdrasil, the world tree, ferrying messages between the eagle Veðrfölnir, who perches atop Yggdrasil, and the serpent Níðhöggr, living beneath one of the three roots of the tree.

Most theories believe that this is to stir up hostilities between the two, spreading slander and gossip. In turn the two attack the tree, leading to a cycle of decay and rebirth that refreshed the tree.

Generally depicted as a giant squid or octopus – though sometimes as more of a crab – the Kraken is folklore's big beast of the sea.

Said to measure more than a mile, its body is so huge than when on the surface it can be mistaken for an island.

Lying in wait in the deep waters, the Kraken rises up when disturbed by boats above. When sailors see its huge size they make for it, believing it to be the shore, only to be pulled downwards to their doom.

The Kraken may be inspired by the existence of the Giant Squid which, at 18m long, is a real monster of the waters. Thankfully, though, the real thing is seldom seen by humans, much preferring the deep, dark depths of the sea.

As you can see, Norse Mythology harbours a huge array of creatures, some more fearsome than others. I'm sure you'll agree, though, that there's not many that you'd want to encounter on a dark night!

Update: Text altered to correct errors flagged up in comments below. Thanks folks 🙂 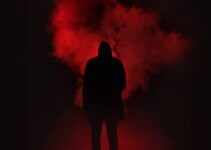 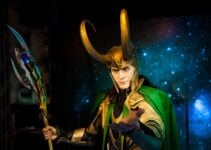 20 thoughts on “Creatures in Norse Mythology”