Following Saturday's wander around Grünerløkka, I decided to venture out on Sunday to the area of Oslo with a questionable reputation – Grønland. It's the area to the immediate north and east of Oslo Sentralstasjon. A number of people at work (Norwegians) had warned me off the area, so naturally my curiosity was aroused!

With Ståle as my guide, we walked from the T-Bane stop straight to an awesome cafe/bar called Oslo Mekaniske Verksted – luckily everyone calls it Oslo Mek for short. We sat outside but inside the bar was styled out like a cross between a library and gentlemen's club. I can imagine it being a great place to chill with friends or even read/study. It was such a gorgeous day (AGAIN!) so we went to another of Grønland's al-fresco bars, this one called Dattera til Hagen. I attempted to order an iced coffee in Norwegian and got a response in English, so I have a way to go yet 🙂

My impressions of Grønland were not at all bad. Speaking frankly, the fears many Norwegians have toward the area seem to be because it's the “immigrant” area, and sure enough there is a big mix of nationalities living there. But having lived in Birmingham for 11 years, that's simply not an issue for me. There's also the drug pushers, and yes I was quite shocked at how open it was (I was asked three times on a Sunday afternoon) but a simple “Nei Takk” (No thanks) is all that's required. There's no follow up, no asking for money, in fact there's pretty much just a friendly smile. I know it's only a first impression, but if that's Oslo's rough area, this really is a good city to live in.

We then walked up the river towards Grünerløkka and made our final stop, a bar called Blå (Norwegian for “Blue”). Again we sat outside and I was struck by how much it reminded me of the Rainbow back in Birmingham and Digbeth in general. A warehouse building, art students working away upstairs, a real mix of people, graffiti art everywhere, a BBQ, and random live music. Fab. I'll definitely be coming back here. 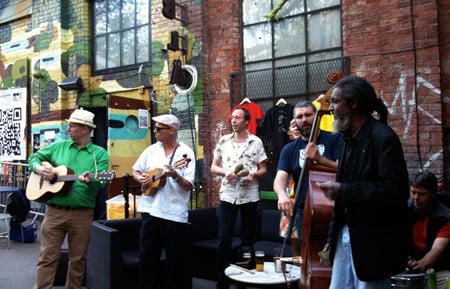 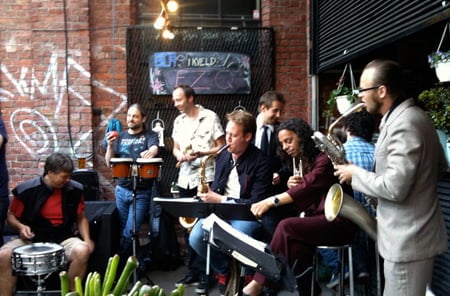 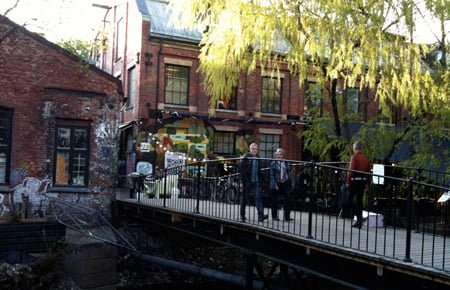