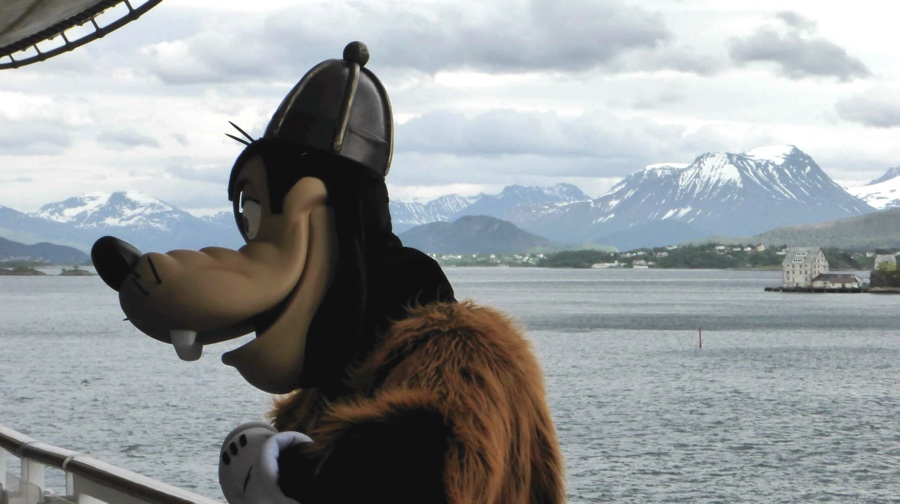 Find out how just one movie was responsible for a massive increase in international tourism to Norway.

Norwegian tourism is booming thanks to a combination of economics and emotion. The weakening Norwegian kroner means that it's cheaper to visit Norway than it's been for years. Today, £1 buys 12.7kr compared to the 8.5kr it bought when I moved here in 2011.

But there's a big emotive pull too. The 2013 smash-hit animated film Frozen placed the fjords, mountains and culture of Norway in the spotlight of millions of people around the world.

Since then, tourism has exploded and it reached fever-pitch this year with the launch of a Frozen-themed Disney cruise to the fjords.

Jonas Karlsen Åstrøm, a Norwegian friend of mine and cruise-lover, snapped up a ticket in the blink of an eye. I was curious how he viewed Norway through the eye of a tourist, and he was kind enough to answer a few of my questions.

Take it away, Jonas! 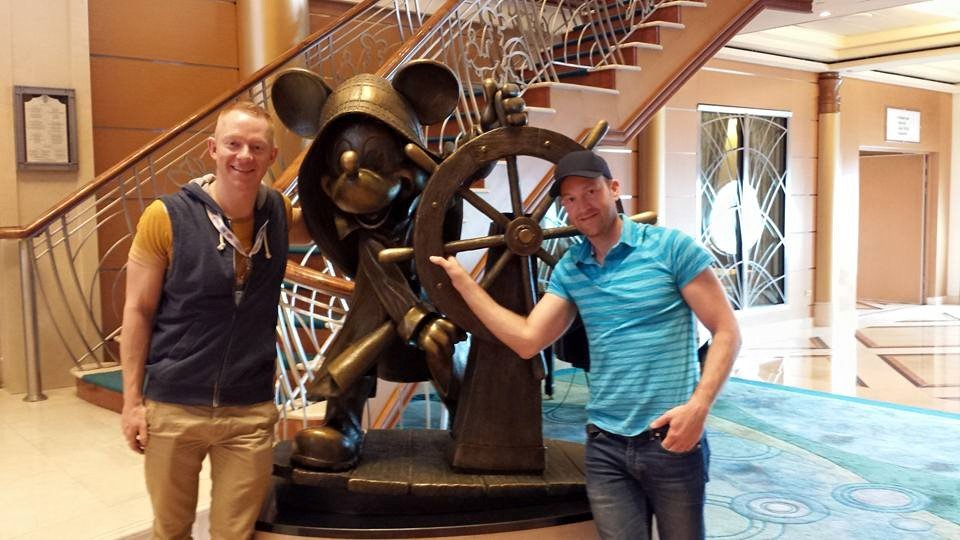 What sort of people went on the cruise?

It seems to me there were at least three types of people. First, those who love cruising, and in particular the Disney Cruise Line brand and experience. Second, those who “always wanted to visit Norway” for some reason (perhaps some special connection to the place) and third, those who were so taken with Frozen that they couldn't imagine not going! Or just different mixes of these people.

Personally, I belong to the first group. We really enjoy the exceptional service that Disney is so well known for, and the flow of seamless experiences that makes cruise vacations so pleasant.

Being Norwegian, did you see Norway in a different light?

I think so! Traveling with mostly foreigners, you get to see what they as tourists find interesting and worth paying for. Had we traveled with Norwegians I do not think the experience would have been as fun.

The image the Norwegian tourism industry has left on the world is still one of Vikings and nature. We are a modern nation with a proud history that could fascinate outsiders, and many people had researched this ahead of time. The connection with Norway and Disney seemed to run deeper than I had imagined.

Oddly, traveling to Norway from Copenhagen and back still made me feel like I was visiting a foreign country. Perhaps it was the cruise environment, but there is no doubt that the wild coast and nature of Norway comes off as otherworldly and mind-boggling even to us “locals”. 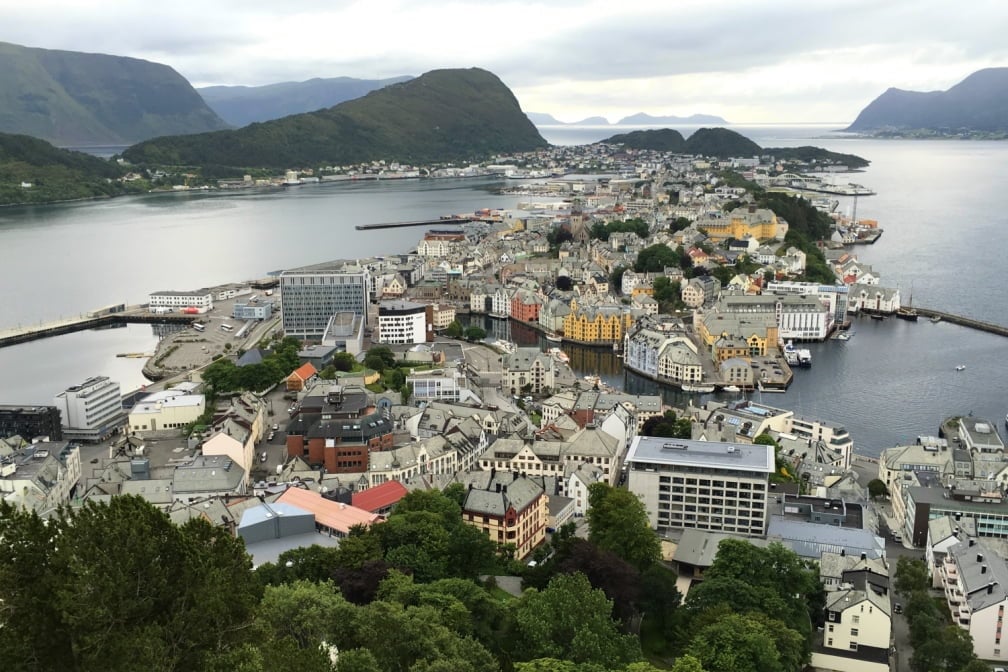 What did you most like and dislike about the trip?

We were a bit unfortunate with the weather. However, this was probably more an issue for the first time visitors rather than us, as we were prepared. If anything, they really got to experience the “Frozen” part of early summer Norway!

I found it funny and entertaining how they played Norwegian folk music throughout the ship at daytime, and even got to hear Musevisa a couple of times! We laughed a lot from that! Also, Mickey and Minnie Mouse, and Daisy wore Norwegian bunads on several occasions. The Norwegian commodore (higher rank than captain) Tom Forberg enthusiastically announced destinations throughout the journey. We found this very amusing. Also, the dinner menus offered “regional inspirations”, though I wish they had been even closer to what you actually get served in Norway.

One thing that really intrigued me was that they had history professor Marvin Slind from Luther College lecturing about Norwegian culture, history and all things related to what the Disney cruise tourists would likely enjoy. This happened I think every day on the cruise, with different topics, also on the different ports. Little is left to circumstance on these cruises. The lectures were, from what we observed, spot-on. He even told people how to get good bargains on Norwegian products!

It was fun going “under the radar” as a tourist in my own country. Guides, hotels, and shops all treated us like we were Americans, so I felt like a secret shopper sometimes. I have to say, in my view, we come off as a very professional and comfortable destination.

What did others like / dislike most about the trip?

I have read people wish there was more wildlife to watch (compared to for instance Alaska, another comparable cruise experience). People did really seem to enjoy how quick and easy it was to access the town centers of the different ports. All in all, although we are yet a “niche” in the cruise tourism industry, we should most definitely reap the benefits of this. My general perception was that people really enjoyed Norway. I think people were prepared for conceivably steep prices.

What I've seen a lot is people from our cruise (people group together on Facebook more than a year before the cruise starts) posting pictures of all the spectacular sights they've seen, waterfalls, Geiranger, Prekestolen, Aksla (Ålesund), Bryggen. All those things the tourist websites (and others, such as Buzzfeed) promote.

Did the trip give you any insight into how Norway is/can be promoted to tourists?

Indeed! First, I found it strange how so few Norwegian experience providers were offered to tourists ahead of the cruise. People look for specific items, such as candy, foods, beer (microbreweries!), things that are particularly Norwegian. Price seemed to matter less if it comes off as authentic. Yet this incredible opportunity to wow people visiting and show all the great things we can offer, was not taken.

We brought loads of Freia Kvikk Lunsj and Non Stop and other candies and handed it out to people through a gift exchange. People took pictures with the Kvikk Lunsj on top of Prekestolen, and even sought out more of them in shops. I find it strange how such affordable opportunities are largely overlooked by the other industries of Norway. Not every tourist is looking for a troll figurine or a woolen sweater.

In my experience, it seemed passive compared to the proactiveness of larger tourist ports such as the ones in the Mediterranean. This is not true for all ports in Norway, but I was still surprised. Oh, and if you want people to swarm into your shop? Offer free Wi-Fi access!

What has Frozen done for the image of Norway?

Disney has definitely renewed the interest for Norway for their audience through this movie! Movie tourism is a growing field, and I am curious on whether people experience some kind of cognitive dissonance of the imaginary world the movie sets up and what they meet in real life. 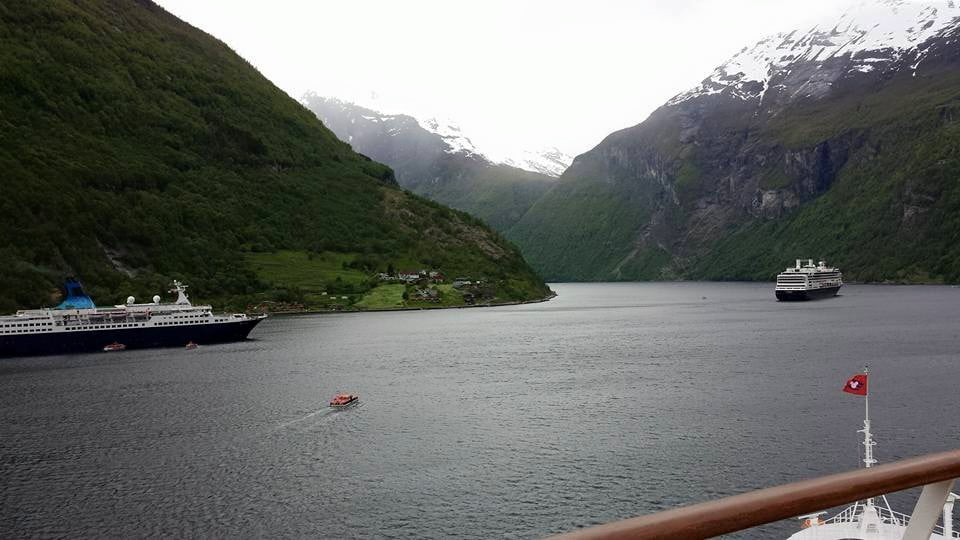 In many ways, Frozen is a step towards a more ‘modern' Disney princess story, something I think fits well with a modernizing country to the far north of Europe. We are a good mix of reality, fantasy, history, and modernity . We should strive to meet all of these mental expectations people have of us.

Other countries have managed to profit from movies that have used them as inspirations and locations. Just look at Game of Thrones and the Lord of the Rings. I know there are plenty of projects going on adding to the movie made image of Norway, especially for a larger international audience. That is very exciting! We have a large vault of creative people, history and even the funds to keep this ball rolling. Norway is a great background for sci-fi, mystery, fantasy, action, animation, historical drama, and so much else.