Skip to content
Home » Explore Norway » Oslo » Getting To Know You, Fredensborg

It’s been a hectic, hot few days. The weekend was a scorcher with the mercury busting 30 degrees C. In between grabbing some rays, I took some time out to get familiar with my new neighbourhood – Fredensborg.

Despite only being in Oslo for 5 weeks I have a rough idea about the area, as it’s where I've been mainly hanging out. But now I live here, I need to know the dull stuff like where the shops are, where the bus routes are, etc. I’m actually on the edge of Fredensborg, within the the bydel (district) of St. Hanshaugen.

Walk a few steps south and I’m in the city centre, walk over the Eventyrbrua (Bridge of Adventure/Fairytales) and I’m in Grünerløkka. Within a 10-12 minute walk are all the T-Bane (metro) and Trikk (tram) lines, plus the Oslo Sentralstasjon (Central Train Station), so it really is the perfect base from which to explore the city.

Apologies in advance for the hipster speak, but the neighbourhood seems pretty “urban rock chic”. I'm around the corner from the Rockefeller gig venue, my local is the rock bar Revolver and I'm just a few minutes walk from Blå where I saw Metronomy. There's also a treehouse theatre in my local park… look! 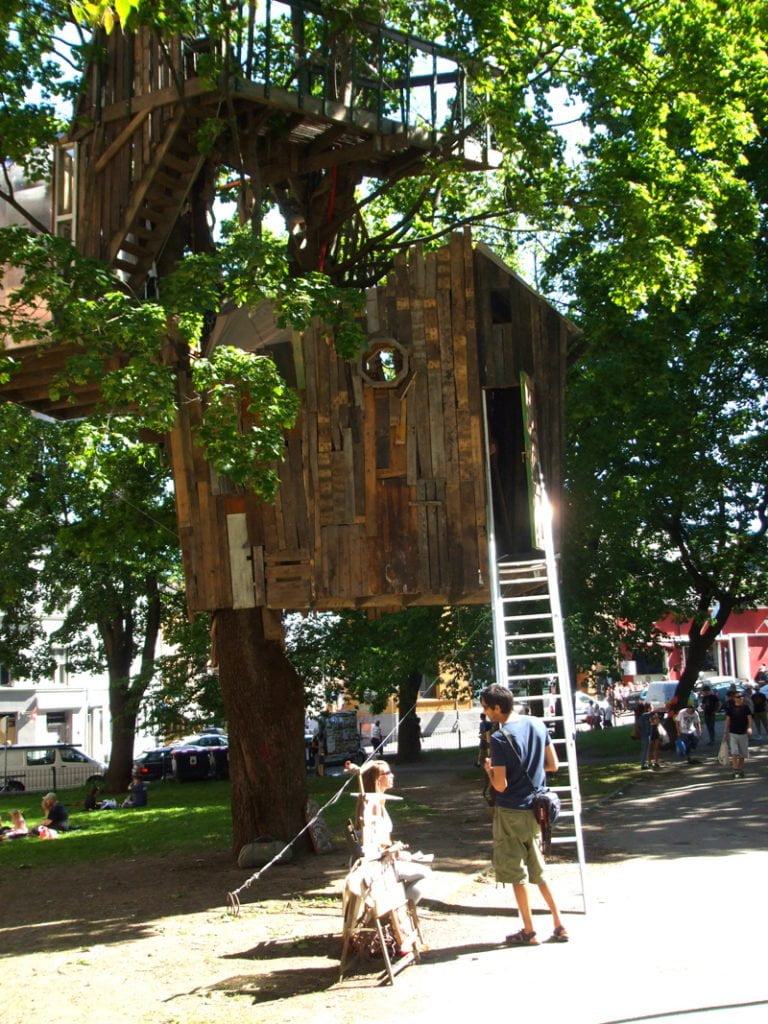 There's a Kiwi shop in my apartment building, but a few minutes away there's a bigger and cheaper Rema 1000. Wendy doesn't like me shopping there because they sponsor Rosenborg, but screw that! Shops here aren't massive, something the size of a standard Tesco is very rare.

Just over the bridge in Grünerløkka there's an Expert for geeking out on TVs, digital cameras and surround sound systems, plus tons of nice cafes and arty independent shops selling bric-n-brac & nic-n-nac & things. Lovely!

Something I'm yet to adjust to is the complete shutdown on Sundays in Norway, like Britain was 20 years ago. However! There's a Joker minimarket just a few minutes' walk away which is open on Sundays, it's expensive but it'll do for those Sunday mornings when nothing other than bacon will do.

So, welcome to my neighbourood. Here's some photos: 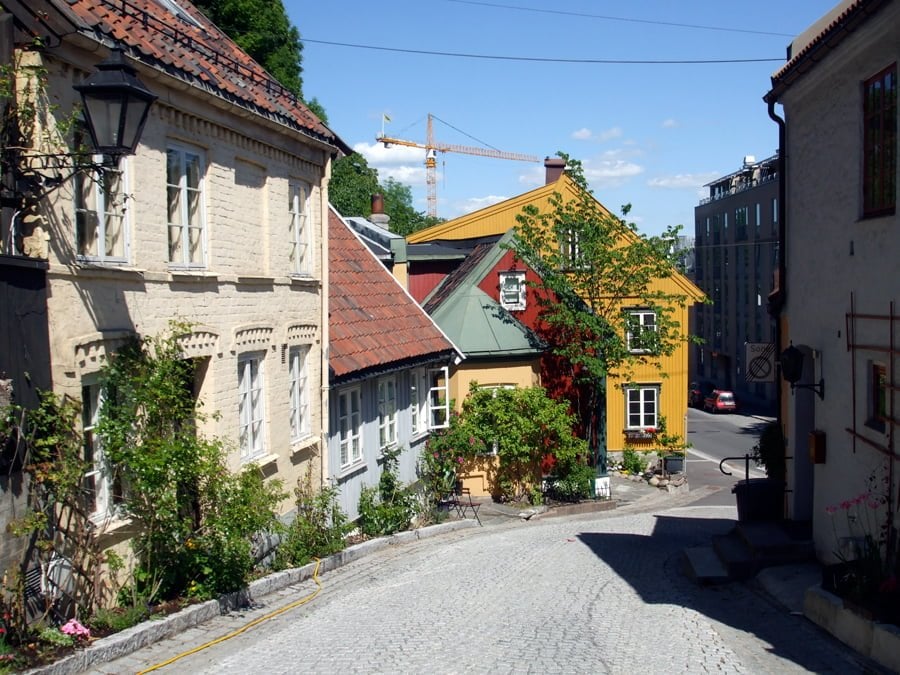 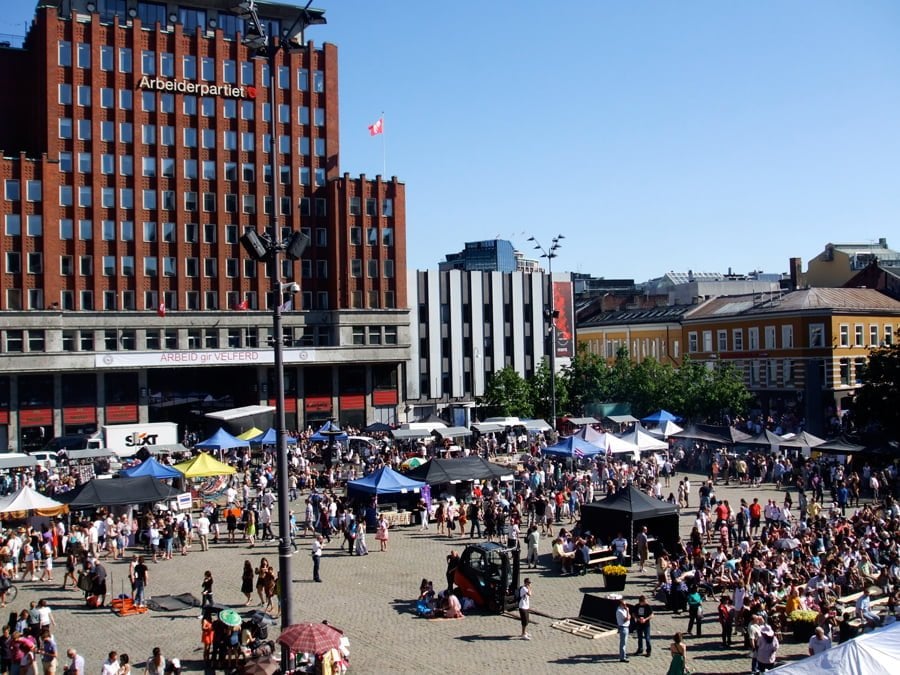 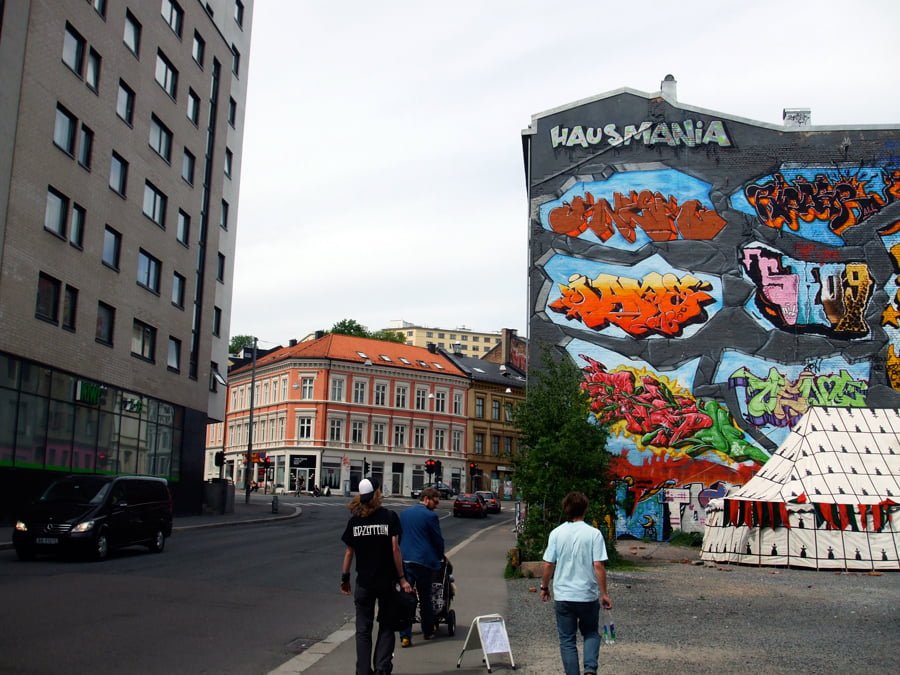 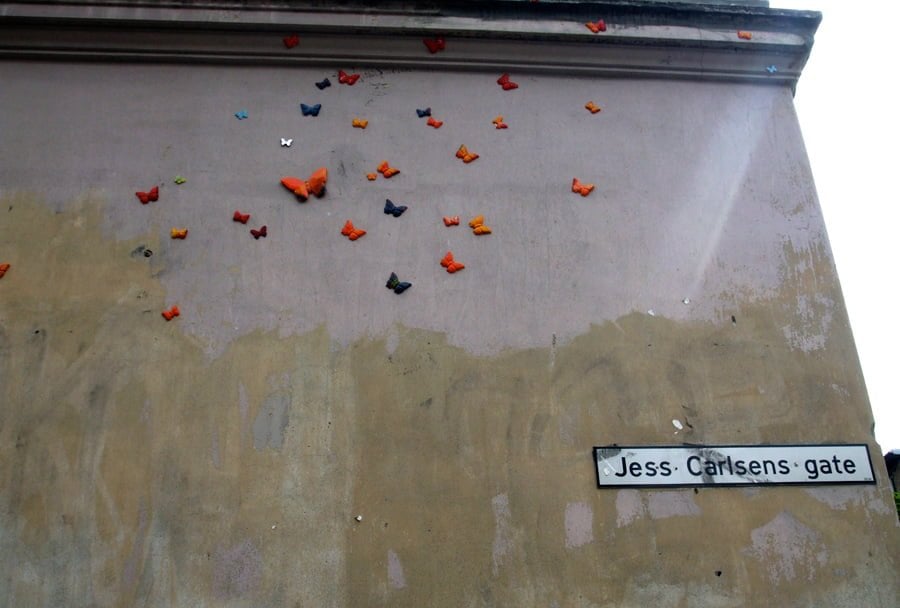 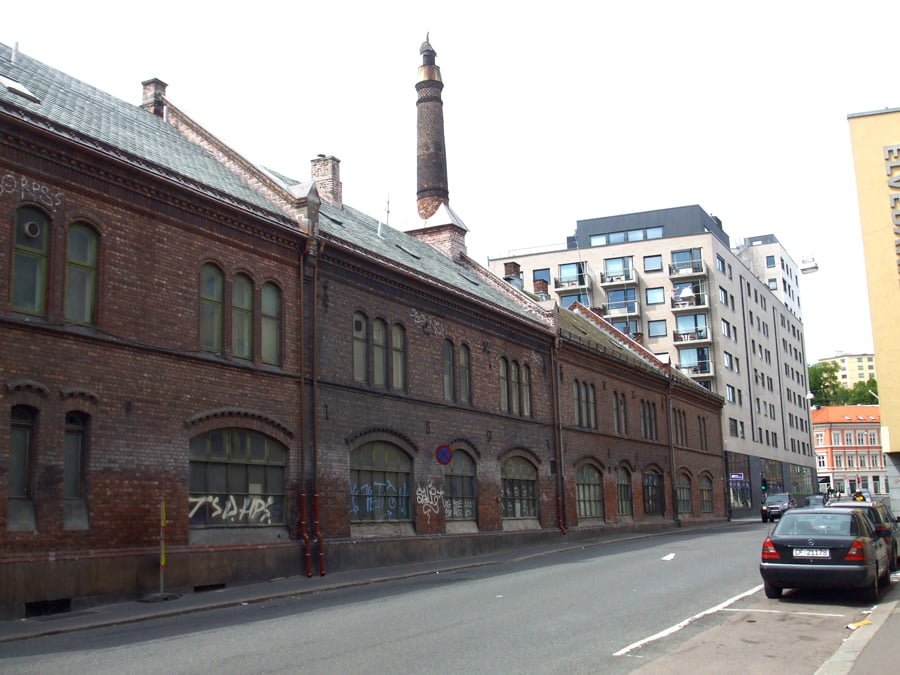 2 thoughts on “Getting To Know You, Fredensborg”