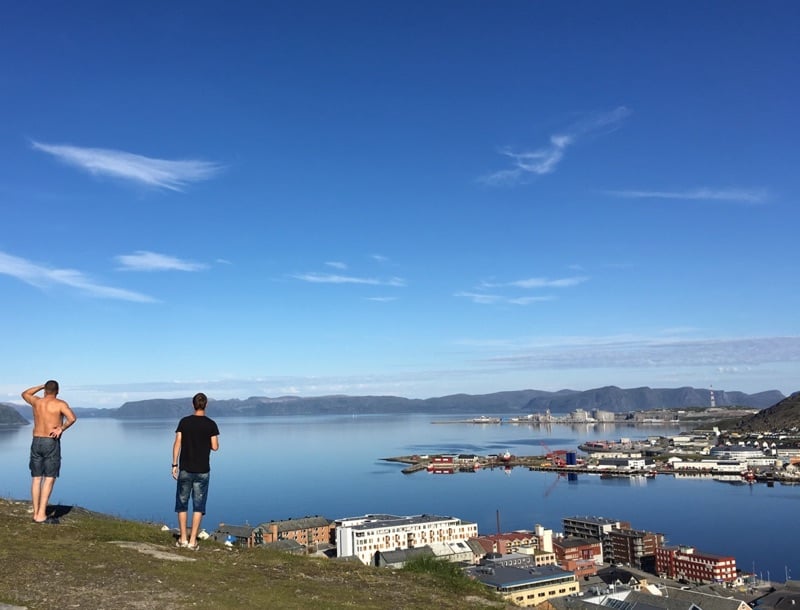 Despite being situated 70° north, a visitor to Hammerfest will soon discover a surprisingly rich history and culture alongside its famous stunning scenery.

Northern lights aside, amongst other attractions, the town boasts a polar bear club (surely unique) and polar bear guards (more about these below).

There's also defences from the Napoleonic and Second World Wars; a stop for the famous Hurtigurten cruise; a base for breath-taking outdoor activities and adventures; a symbol of historical international cooperation; and, since 2007, the most efficient liquefied natural gas facility in the world.

Norway is big. It is the longest country in Europe, some 1752km (1089 miles), and Hammerfest is nearly at the top. Only Russia, Canada, Greenland and the USA can compete for civilisation at this latitude but nowhere else has managed it on the same scale.

If you're wondering what Hammerfest in springtime looks like, think of Disney’s hit movie Frozen – you're on the right track (although the snow was starting to melt by the time I left) 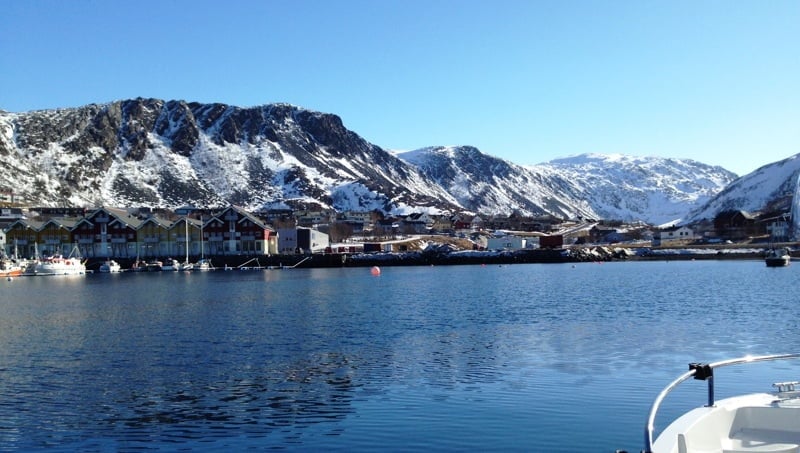 Following Norwegian independence in 1905, Hammerfest was much like any other town in Finnmark (Norway’s most northerly county, roughly twice the size of Wales); small and dependent on fishing. Despite this, at the turn of the twentieth century the town was well known to the international community.

The British Royal Navy attacked Hammerfest during the Napolenic Wars causing a series of defences to be built to fight them off.

In 1854 the Meridian Column was erected to mark the international cooperation between Russia, Sweden and Norway in providing the first accurate measurements of the curvature of the earth, something we now take for granted every time we use a GPS.

The Second World War brought change and Hammerfest found itself overrun by Germans who used the town (along with others nearby) as a base for its North Sea submarine fleet. When the Germans left they burned Hammerfest along with the whole county of Finnmark to the ground.

The chapel that stood

All that was left of Hammerfest was the small Hauen burial chapel, built in 1937. The town was rebuilt by a huge local effort within ten years. The Hauen chapel still stands proudly next to the new Hammerfest Church built in 1961. 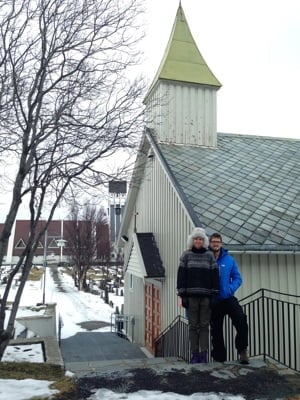 Despite this dark moment in the history of Hammerfest, the German occupation had established an industry which drove the town’s reconstruction.

Hitler’s armies had required feeding and with the development of new shipping technology which allowed fish to be caught, processed and packaged on one vessel, the fish of the Barents Sea provided an ideal food source for his troops.

After Norwegian liberation, the locals used this technology and sold their produce to the market establishing a strong industry. Findus (the new Norwegian frozen food company), capitalised on this opportunity and attempted to build up brand Norway by distributing the high quality fish to Europe.

However, in typically reserved Norwegian style, the high production numbers involved did not sit well with the local population who preferred to pursue traditional fishing methods. Findus’ goal was therefore never fully realised and by the 1970s fishing had gone into decline in Hammerfest.

With no prospect of a growing economy, population numbers began to decline. This situation was replicated across Finnmark. Many young people thought only of how they could get out of the county. A change in Norwegian government oil exploration policy was to change this and the future of Hammerfest in a big way.

Since the discovery of oil and gas in the North Sea in the 1960s, Norway has risen to be one of the richest countries in the world and one of the best places to live according to the Human Development Index.

However, historically oil and gas exploration had been restricted in Norway to below the 62nd parallel; essentially anything North of this line (which included all of Finnmark) was protected from any activity.

Once this policy was relaxed an enormous discovery of gas was made in the Snøhvit (snow white) field in the Barents Sea off the coast of Hammerfest. What followed was a long a protracted story of exploration, drilling, appraisal and eventually production which led to the building of the world’s most efficient LNG facility.

This facility exports 5.7 billion cubic meters of natural gas a year mostly to Spain and the USA providing annual revenues of c. £108 million a year. It is forecast to do so until 2040.

LNG has transformed Hammerfest's fortunes. The brain drain was reversed, and people and new investment have been attracted to the town.

New homes and facilities have been constructed such as the Arctic Cultural Centre (on the site of the old Findus fish factory); new jobs created in the various industries which supply the oil and gas sector; new infrastructure developed including an upgrade of local hospital and schools; and grants have been provided to the town's tourist attractions – including inviting isbjørner (polar bears) to be town guards. 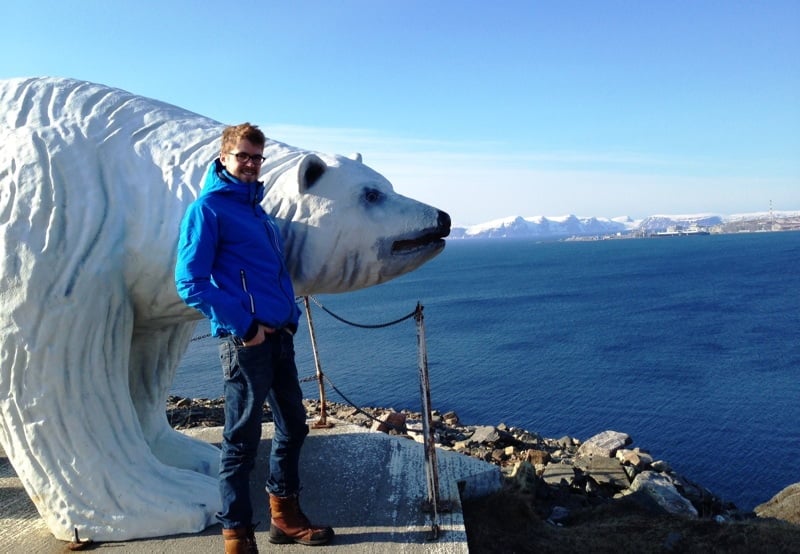 You might expect that such a boom would create an environment which was out of control, flooded with ugly concrete, money and the trouble such riches can attract. However, it seems that the developers and the people of Hammerfest have managed to ensure that such an unwelcome outcome did not happen.

Hammerfest appears to have retained its old small town feel, Arctic charm and local spirit which helped the locals rebuild after the Germans lit the flames. Surely such a model should be a look out for others.

The timing of a trip to Hammerfest will depend on your preference for warmth or cold, for midnight sun or for the northern lights. The town is well known for its breath-taking scenery but its rich culture and history provide another, perhaps surprising reason, why Hammerfest would be a welcome addition to your travel itinerary.

Jolyon Smith is 26, and has had the benefit of having his Norwegian girlfriend for over a year now.  They are currently planning a trip to Finnmark in the North of Norway over Easter to visit her family.  He will be taking his own tea bags. 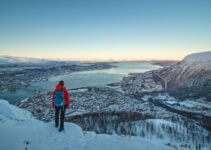 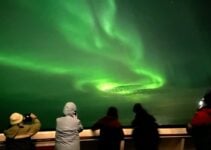 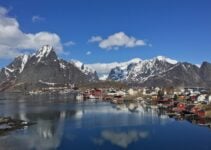