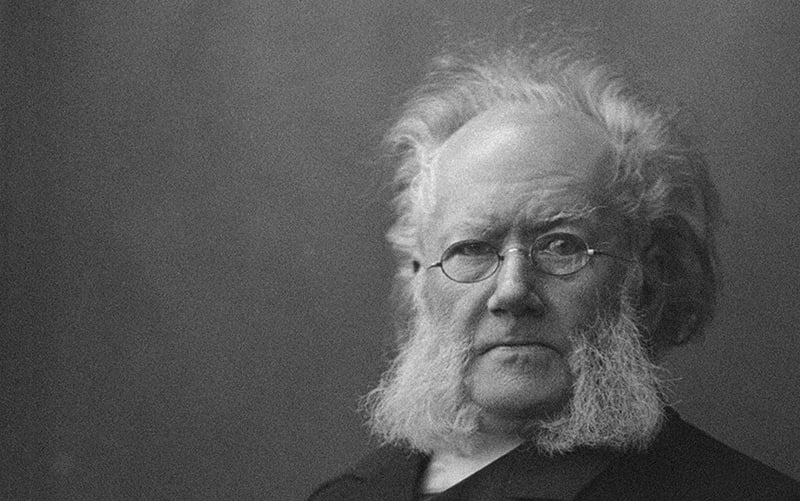 A Doll’s House is Henrik Ibsen’s greatest and his most famous play. If you haven’t read or seen it yet, here’s why you should.

The playwright Henrik Ibsen is Norway’s most famous literary figure. During the second half of the nineteenth century, he changed the face of theatre as the world knew it. The Norwegian brought a freshness and dramatic innovation in his writing and this is why he's dubbed “the Father of Modern Drama”.

Ibsen’s most famous and citically renowned play is his 1879 masterpiece, A Doll’s House. Its narrative exposes the detailed internal dynamics of a seemingly happy bourgeoise marriage between husband and wife; in addition to exploring the widespread female emancipation of the nineteenth century.

The ‘newness’ of Ibsen’s themes and ideas in this middle period of his writing life – the social plays or problem plays – stemmed primarily from a concentration on the middle class and the ordinary people. He wrote radical narratives that other writers of the time dared not write.

Henrik Ibsen and his social plays

Before Ibsen, playwrights tended to focus largely on plays containing characters from the higher end of society, the aristocracy or the world of Kings and Queens, with the lower classes all but ignored in the main roles.

But Ibsen changed all that with a concentration on the bourgeoise, starting in the period of his ‘social plays’. His work during this time is some of his best and most famous. They include, The Pillars of Society (1877) Ghosts (1881) and An Enemy of the People (1882) and, of course, A Doll’s House (1879).

In these plays, Ibsen’s themes were very close to reality (a little too close for most), detailed and often controversial. They often provided a bare account of morality in nineteenth century middle-class life.  In A Doll’s House, the idea of a woman’s place in a man’s world is famously explored. 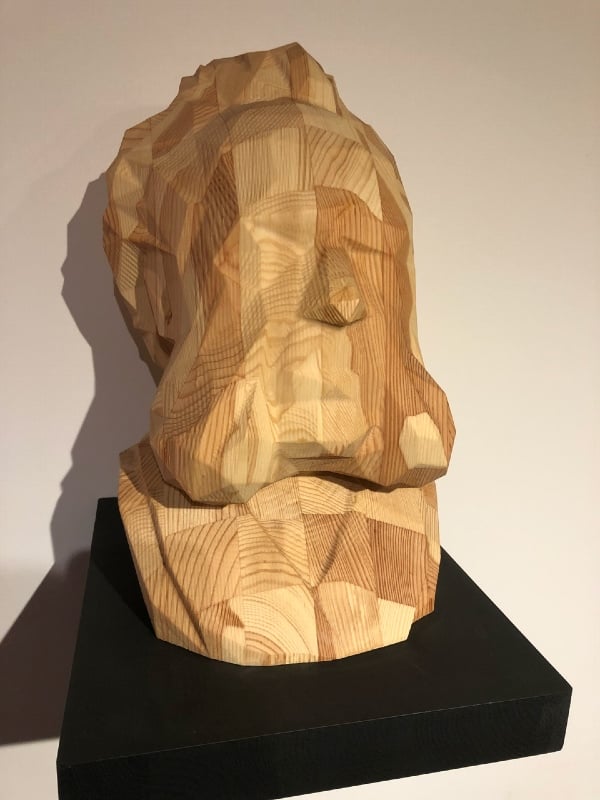 A Doll’s House is a play about a nineteenth-century woman called Nora, a wife and a mother, in Norway some time around 1879. She has a level of expectation imposed upon her by the society in which she lives.

But Nora is not just a portrayal of one woman fitting into a ‘role’ in a man’s world but just one example of many middle-class women throughout Europe at that time.

Ibsen uses ground-breaking themes and ideas in A Doll's House, most of which connect to female emancipation and the role—or fate—of many nineteenth-century women. When the play was first published, it was so radical and so far ahead of  its time that the backlash and controversy was almost inevitable.

For example, the storm that surrounded the play’s premiere at the Royal Theatre in Copenhagen, Denmark on 21 December 1879, was explosive. And yet, Ibsen denied that his intention was to write A Doll’s House as a feminist play.

Despite that claim, the play is primarily remembered as a feminist play and is often attached to first wave ofEuropean feminism. Since its release, it has meant so much to a varied readership around the globe.

The play is set in Norway during a cold winter. This is perhaps Ibsen’s nuanced way of alerting the reader to the chilling story that is about to unfold. Nora is the wife of Torvald Helmer, a newly appointed bank manager. They share a house together and have three small children. 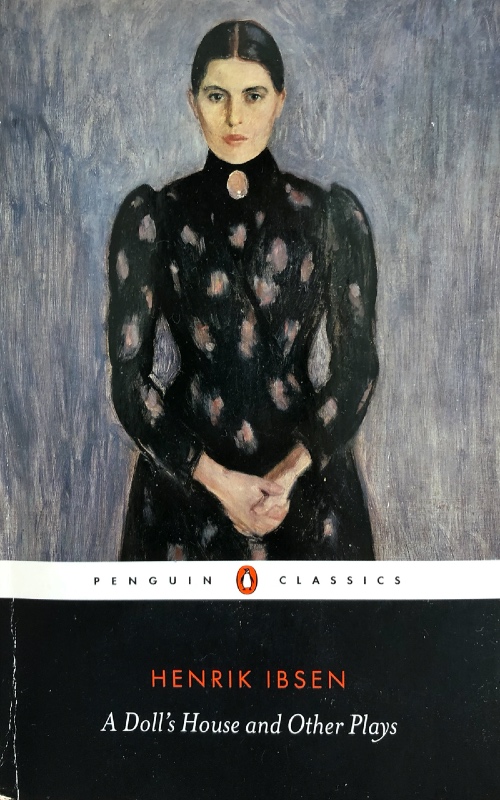 Money is central to the narrative and to the gradual exposition in plot lines. This is foregrounded early on when Nora is said to be spending large amounts of money on Christmas gifts.

When a former school friend, Mr Linde, comes to visit, Nora opens up to her. She tells Mrs Linde that some time ago, her husband was really sick and she so desperate to help him, had to unlawfully lend a sum of money from the bank in order to pay for a trip to Italy so he could recover. Her husband Thorvald is unaware of this.

Nora works hard for many years and puts the money Torvald gives here to one side in order to repay the loan off. Enter, Krogstad, a lowly employee at the bank where Thorvald has just been promoted. Krogstad is also the person who handled Nora’s loan.

He fears that Thorvald is about to fire him and tells Nora that she must try and persuade her husband to retain him. At first, Nora is reluctant which forces Krogstad to blackmail her with the full exposure of her personal and illegal dealings with the bank.

Nora tries to convince Thorvald to keep Krogstad on at the bank without revealing her true motivation for doing so, but her husband is unwilling to do so. In the end, she becomes quite desperate and begs him, but again he refuses and precedes with dismissal proceedings. Krogstad posts a letter revealing Nora’s secret into the Helmer’s caged letter box at the Helmer's house.

*This is just a brief summary of the main narrative, there are other sub-lots and details that I have omitted.

A Doll’s House is trademark Ibsen. He holds the reader along a gradual arc of exposition and rising tension. It’s a line that runs through many of his plays, each tailored for maximum impact at a given point. In A Doll’s House, the final crescendo comes with the slam of the door and Nora leaving her husband and children.

This isn’t the end of Nora’s journey, though. It’s just where Ibsen chooses to stop telling the story. What happens after the finality of the closed door, happens in the readers minds, but even this has in someway been conditioned, rather masterfully, by the Norwegian playwright.

Hedwig Niemann-Raabe, was hired to play Nora in German production. She was outraged when she first read the script and realises that Nora leaves both her husband and children at the end. The German actress asserted that she would never do such a thing. It was clear it needed to be changed for the German market.

After urgings from his German agent, Ibsen was the one who reluctantly agreed to rewrite the ending of A Doll’s House specifically for the German audience. In the edited version, Nora did not leave her husband and children and instead stays, completely changing the ethos of the play.

The Norwegian was very much against the change but didn’t want anyone else messing with his manuscript. The copyright laws in Europe at the time of the German premiere in 1880 would have allowed for the ending to be changed by anybody.

Why you should read A Doll’s House

Nora’s story is one of rebellion. She, in the end, is able see her marriage for the true value of its worth and her position as a doll in that restricted world. Nora’s moment of clarity allows her to react bravely and in the interest of her own personal ambition.

It’s a story of one woman’s escape from the expectation placed upon her by nineteenth-century society and a man’s world. A Doll’s House has and continues to have a profound effect on readers and it is no exaggeration to say that it has changed lives.