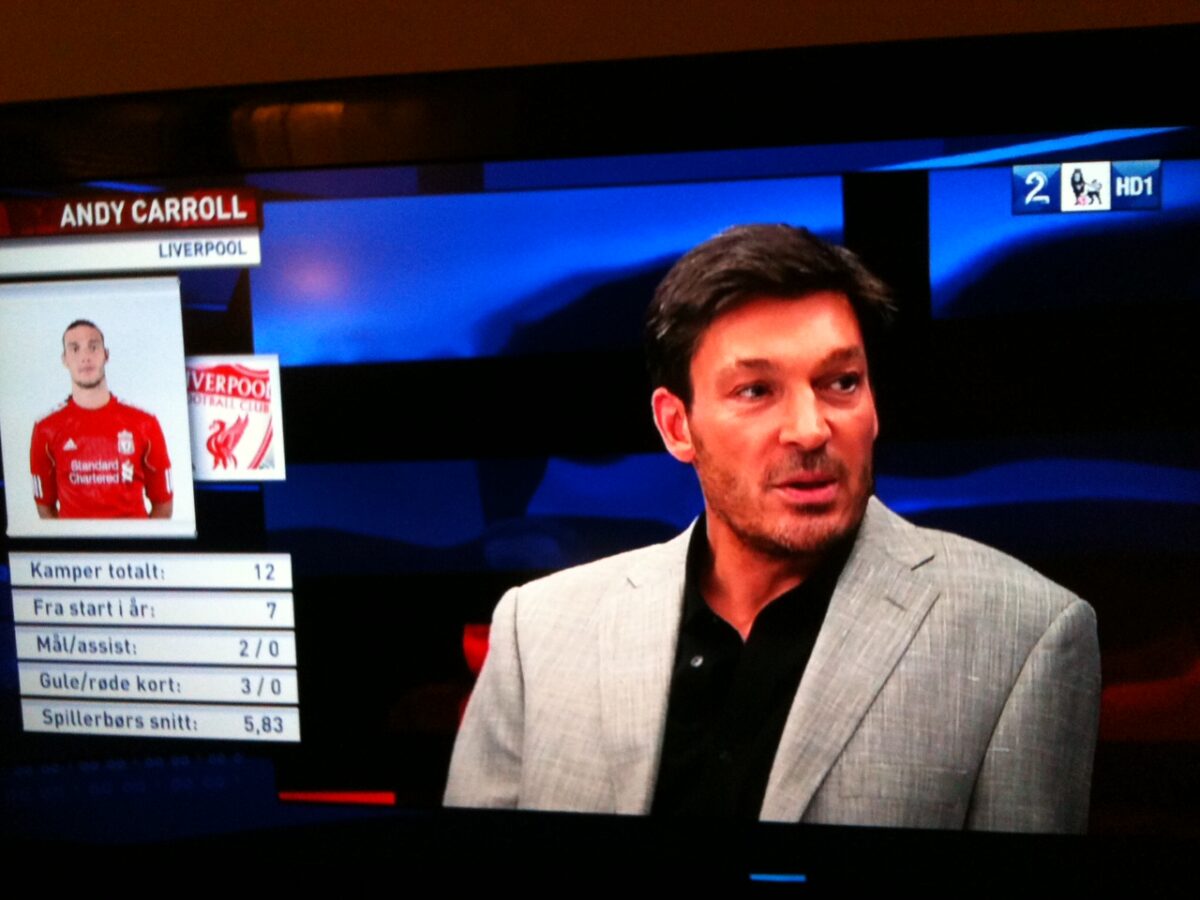 As a six year-old, I sat on the barrier at the front of the Hotel End, watching a 23-year-old Trevor Morley captain Northampton Town FC to the 4th division title with a stonking 99 points. It's one of my earliest memories in football. He went on to have a successful career with Manchester City, West Ham and Reading.

26 years later, we're in the kitchen of a shelter for recovering drug addicts in Bergen, proudly run by Morley, chatting about football, life in Norway and his motivation for the shelter. It's the last thing I expected a former pro footballer to be doing, and makes a refreshing change from the media portrayal of today's footballers.

A happy home in Norway

Most Brits you meet in Norway are here for oil money or love, and it's clear to see the latter applies to Morley. He's been happily married to a Norwegian for 12 years and has an obvious passion for his work with the shelter.

“It all started because one of my friends had problems with drugs. He now works with me. We set it up, there were loads of these places when we started and there's now just three, so we've done really well to survive. I really like looking after these people, because society looks down on them, but they're mostly really nice people with big hearts.

“We don't cure them as that's something very different, but we do point them in the right direction. We give them a clean place to stay with heating, TV, washing facilities. I'm pretty much a glorified cleaner, we look after the place and most days I'm here cleaning and sorting stuff out.”

Unsurprisingly it was football that first brought Morley to Norway. He had three loan spells at Brann while he was at West Ham.

“I was travelling here in the summer. Brann found out and that led to a loan spell, although West Ham were initially reluctant. When I came back to England I was in great shape and West Ham saw that, because in those days English players had 10-12 weeks free and noone did anything.

Many footballers go into management or coaching after their playing career comes to an end, so it was a pleasant surprise to hear of Morley's successful social business. But that hasn't stopped him regretting his decision not to pursue a management role.

“I was coaching over here, it was only the 5th division but I took them to the third and then I stopped. It's a big regret because my dream's always been to be a coach or a manager. I'm annoyed with myself that I let it go after doing my UEFA B license. I see my old mate Phil Parkinson from Reading walking out at Wembley for a Cup Final, Martin Allen managing Gillingham, and I envy that involvement in football.”

A TV star in Norway

But Morley is still involved to a certain extent. In addition to running his shelter, he is a regular pundit on Norwegian TV station TV2 Sport.

“On and off I've been doing it for seven years, but in the last two years they've had the Premier League. My boss now was a sports reporter and a huge Man City fan and he interviewed me a few times back in England. Living here, I met him a few times and he invited me on. I love it, but I was nervous as hell when I first went on! No-one teaches you, there's no media training, you just get put on.

“I relate the feeling to football, it's the same buzz and the same feeling afterwards if I've messed something up. As well as the buzz, I really enjoy staying involved with football. I like to be a bit controversial and say things my way, but yeah I really enjoy it.”

The state of Norwegian football

Until I saw Morley on TV2 Sport I had no idea a former Cobblers legend was living here in Norway. I mentioned it when I blogged about the Norwegian obsession with English football, one of the most popular articles on this blog. I asked him for his thoughts on this, in particular on the standard of football in Norway and what could be done to get more attention on the domestic game.

“There is so much interest in the English game, but they are the big clubs and this is a small country in terms of population. But don't underestimate the Norwegian league. It's a good competitive league. The Premier League is like a circus now, it's been fantastic what's happened but you can't really compare the leagues.”

“The Norwegian league is more popular than people realise, here in Brann the attendances can get up to 18,000 people when things are going well, which considering the population and the weather, is pretty good.”

“It needs to be blinged up a bit and I think it will be. There are a lot of smaller teams in the Premier League so perhaps a smaller league playing each other four times as they do in Scotland is one idea.

Returning back to the days under the Hotel End, I couldn't resist asking for his memories of the 1986/87 championship winning season.

“It was brilliant. To captain that championship side at 23 is one of my fondest memories in football.”

“I owe so much to Graham Carr. I was 23 years old, I'd been playing at Nuneaton for four years and no-one wanted me. He took me to Northampton and if it wasn't for him I wouldn't have had the career I did. Making me captain at 23 was something special. I was a centre-forward with long hair, not your normal captain.”

“He trusted me and the second season there I will always remember because we were so good, we just blew everyone away. The lads were all so down to earth, most of them coming from the non-league. Nobody got a chip on their shoulder, we trained hard, we worked hard and played for each other. It was an amazing season.”

“Of course, I won't deny we had fun. We used to have a drink after some away games, having a party all the way home. Eddie McGoldrick got on the microphone doing his bingo or whatever, people shouting jokes and dancing at the back. By the time we got back to the County Ground we were merry, but it worked. Richard Hill and Clive Walker used to get up to all sorts at home games too. They were comical times really, but it worked!”

Finally, this being a blog about life in Norway, I had to ask for Morley's thoughts on his adopted home.

“It's been so long since I've been back in England, but I do miss it and especially miss the people.”

“But over here is a very safe place. Norwegians are lucky in that they don't see a lot of poverty, it's clean and there's not much trouble. A lot of the trouble in British cities now you just don't see over here.”

I couldn't agree more. It was a pleasure meeting Trevor Morley, a Cobblers legend yes, but also a thoroughly nice guy who's doing something really positive for Norwegian society.