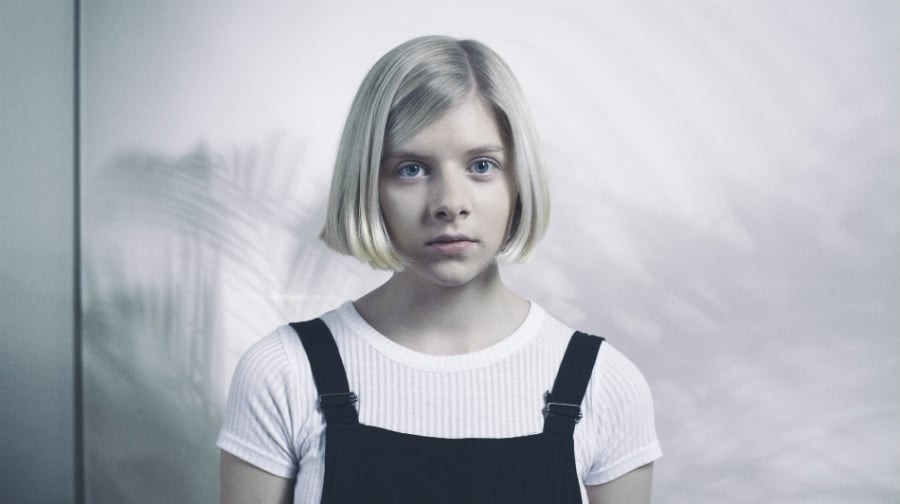 Almost out of nowhere, everyone in Norway and the UK seems to know the name Aurora, and not because of the northern lights.

The 19-year-old singer, real name Aurora Aksnes, grew up near Bergen and was only discovered by the industry when one of her friends uploaded a track onto a streaming service. Her music his more mature than you'd expect from a teenager, although perhaps it's not surprise given she cites her influences as Bob Dylan, Leonard Cohen and Enya.

The vocal-led synth-folk of her debut EP Running with the Wolves was well received in Norway and counts Katy Perry amongst its fans. Referencing the EP, Perry tweeted that she has finally found new music that made her heart flutter.

Opening track Runaway starts off slowly but is driven by her powerful vocals, changing pace and becoming something you'd want to listen to while reading an epic fantasy novel. Maybe. Or it could just be because the trailer for Game of Thrones season 6 played immediately before I watched the video 😉

Speaking of which, bonus points for the gorgeous Norwegian scenery in the video, too!

Title track Running with the Wolves is the poppiest of the four with a synth-laden chorus that adds to the strong vocals.

“The song is about having the animal instinct inside you come to life. Running with them, joining them – the instinct taking over, giving you freedom and making you forget about your human self and all things we humans keep around us in the modern society.

“I think humans need to let go a bit more, shake their bodies more often, like the animals do.. It's a beautiful thing really.

“Sometimes when you look at the world, and you see what we've done to it, the way many of us hurt the world we live in, innocent animals, even our own kind! And that kind of makes you want to follow the wolves instead. At least for one night.”

But her recent fame across the North Sea is thanks to her cover of Half the World Away, which hit number 11 in the UK charts due to its appearance on the recent John Lewis Christmas TV advert. Not all the critics were happy, but I was a big Oasis fan back in the day and I think she did a decent job:

“Comprised of fidgety electronics and Aurora's soaring vocal that recalls the likes of fellow Nord Emilie Nicolas, “Runaway” is a crystalline electronic beauty that at once soothes and inspires.” – The Line of Best Fit

“The simple reality is that Aurora has a stunning voice, writes well written, accessible pop songs which have a lovely folk influence, and I have no doubts that many more people will be able to enjoy what she does as her name gets known around the world.” – Nordic Music Review

“It’s a very interesting EP and it is more than worth the short time it takes to listen to all four songs. AURORA is definitely an artist that’s going on my radar because there is just so much going for this EP. I honestly enjoyed it, and I’m definitely going to be sticking around for more from the artist.” – Music Unlabelled

“If we had to choose one person to run away with, it would probably be Norway’s cutest export: Aurora Aksnes. Live music all day long, that’s the dream guys. Lucky for her rather than becoming our personal entertainer she’s far too busy being the next big thing.” – Indie Magazine

Her debut album All My Demons Greeting Me As A Friend is due in March, and the iTunes pre-order listing suggests all three of these songs will be included. Learn more on her website.