I'd like to extend a warm welcome to the latest member of the Life in Norway family, Carmen Cristina, originally from Ecuador but now living in Stavanger – David 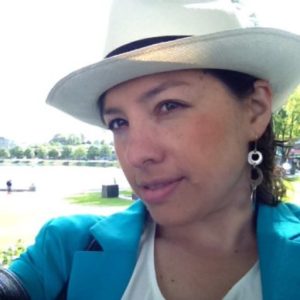 Did I experience culture shock when I moved to Norway?

I have to confess that the differences were easy to spot, in fact I would often compare things here with what I was used to in Ecuador and consider them as “poles apart”

I first moved from Quito, Ecuador, 4 years ago after I married my Norwegian husband and we decided to live here. I moved in December, and that year there was snow that lasted about 5 months in Stavanger, something that had not happened in many years.

This led to my first challenge, I was affected by both the weather and the lack of light during the day. Learning to get dressed and not to freeze was my first mission!

Coming from Ecuador, where the sun rises and sets always at the same time resulted in me wanting to sleep at 3pm, once it was dark and of course waiting for daylight to wake up… That was way past 9 am.

Another thing that I found quite different was that kids have to go out 30 minutes whether it rains or snows, and in this region it rains quite often. In that case, kids in South America would not be allowed to go out as they would catch a cold. But then come to think about it, they would seldom go out here in that case.

Of course my second biggest challenge was related to the differences in languages and how demanding this new language was for me, despite speaking already 4 languages, none of them was really similar to Norwegian. Thus, feeling like a toddler and needing help even for small things like understanding instructions on how to fill the gas, to buy groceries or even to understand information online that was of course only in Norwegian. I had to phone my husband and ask for explanation or a translation.

When I first moved to Norway, I had in mind how easy it had been for me to meet the locals in Europe when I lived two summers while working as a trainee in Amsterdam, Holland and Concarneau, France. In France, people would look at me and greet me as we crossed each other on the street, I made friends rather fast as I consider myself a social person and I thought it was also going to be easy here.

Here I tried talking to the person sitting next to me, joining the gym and other activities that in South America would have worked out. The fact is that making new friends is easy if you know where to look for them!

Due to the low population density in Norway, most people have spent their lives surrounded by the same people, you go to the same kindergarten, school and live near your same friends most of the time. So it is a bit less common to meet or approach people you do not already know.

Once I arrived and after having during a week bread for breakfast, lunch and sometimes even as a snack after dinner, I realized there was a really big consumption of it and that I couldn't do the same.

At the same time fresh fruits and vegetables are for some people unknown to the point that I would have to give the name of my exotic fruits or vegetables to the guys at the till, as they had no idea how to find them in the system. It is quite the opposite when you come from a continent and specially a country where fresh fruit and vegetables are staple food.

Once the snow melted, 5 months later and the road conditions were back to what I knew, I decided finally to drive and I was positively shocked! I utterly enjoy the fact that here you are driving carefully, following rules and have little to no traffic compared to large cities in South America, that is. The goal here is to avoid or prevent an accident, opposed to the Latin American more defensive way of driving where you have to know how to get in line fast, how to overtake smoothly or stop abruptly if needed.

Moving to Norway also had an effect on my lifestyle which was pretty active but at the same time more stressful.

When I first arrived I had Norwegian lessons every day, and then long long days to fill in a new place where I knew no one, besides my husband who was at work. I was in desperate need to find more activities to fill my day!

Some of my strategies to get over my culture shock and the challenges linked to it, involved: driving despite the weather, learning which international stores had more food options, renting books, joining the international women group in my municipality where I found some of the most warmhearted Norwegian ladies I have had the pleasure to meet, doing something never planned like becoming a lifeguard at the local pool, joining cooking groups with expats and enrolling in a Master degree programme at the University!

All these have helped me meet my needs for being active, learning, meeting new people and being part of this new culture!

1 thought on “From South America to Stavanger”