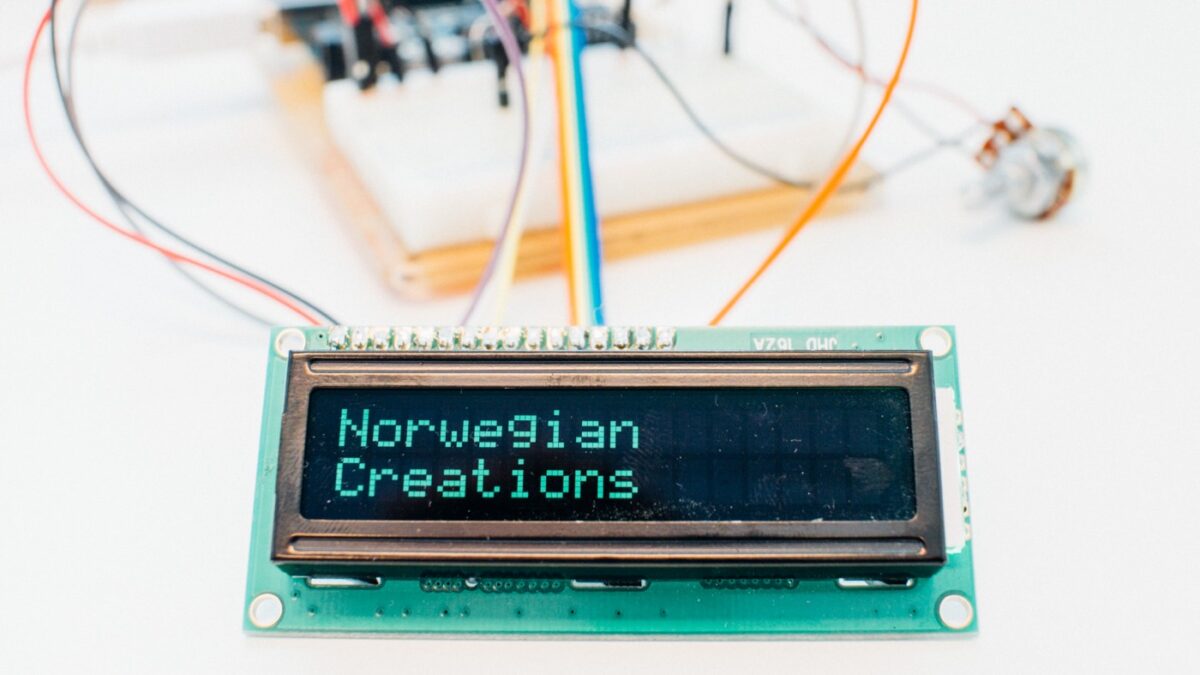 This growing Trondheim startup help companies bridge the gap between idea and creation to help make the products of the future a reality.

Formed in 2012, Trondheim-based Norwegian Creations is a company that solves problems for other companies, using their unique makers as a service approach. The young team of tech-savvy engineers work with startups and established companies to brainstorm ideas, and take those ideas from concept to working prototype, and possibly beyond. Projects include anything and everything from hydroponic gardening to custom PCB design. 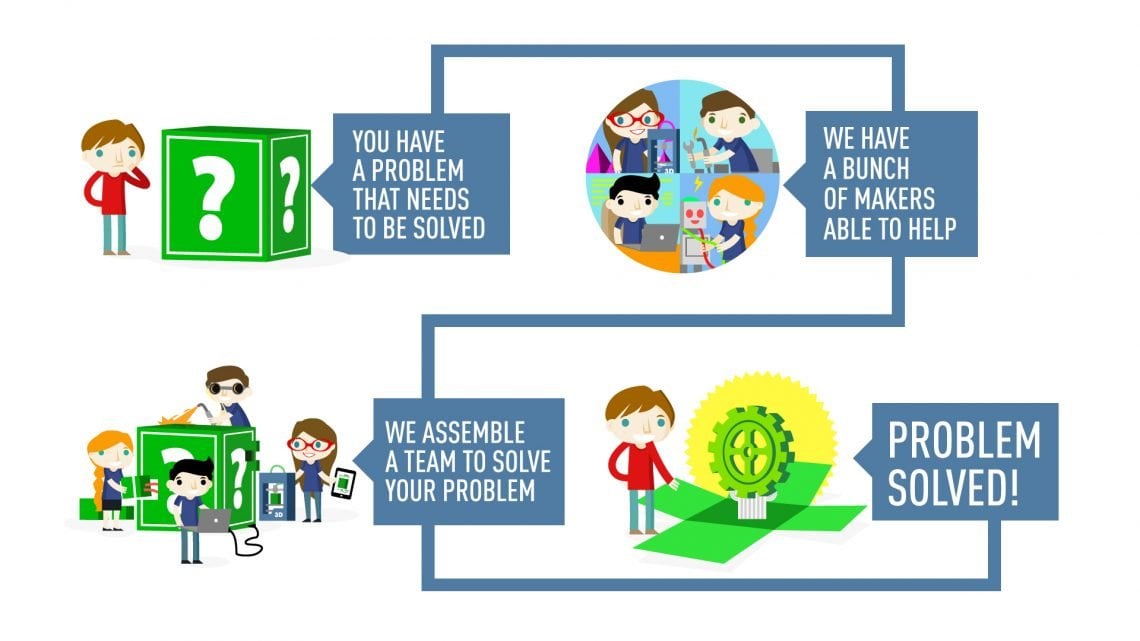 Inspiring the next generation

What I love about this startup is that the guys behind it have turned what they love to do into a business, and are having a huge amount of fun while building a viable business for themselves. Fun like turning bus shelters into video games, and inspiring kids with fun technology.

Norwegian Creations are a regular fixture at annual events such as Trondheim Maker Faire and Trondheim Playground, events that showcases the technological knowhow normally hidden away in offices and workshops of the city to the wider population.

“The joy of creating something is really important for people. In the olden days you had to build a cabin yourself, but today people don’t think it's even possible! The Maker Faire is all about showing off that it's possible to make stuff yourself,” says co-founder Ragnar Ranøyen Homb.

“In previous years we've shown off a laser engraver that was lasering out what people were drawing, and a big robot plotting machine that was drawing what kids were drawing.” 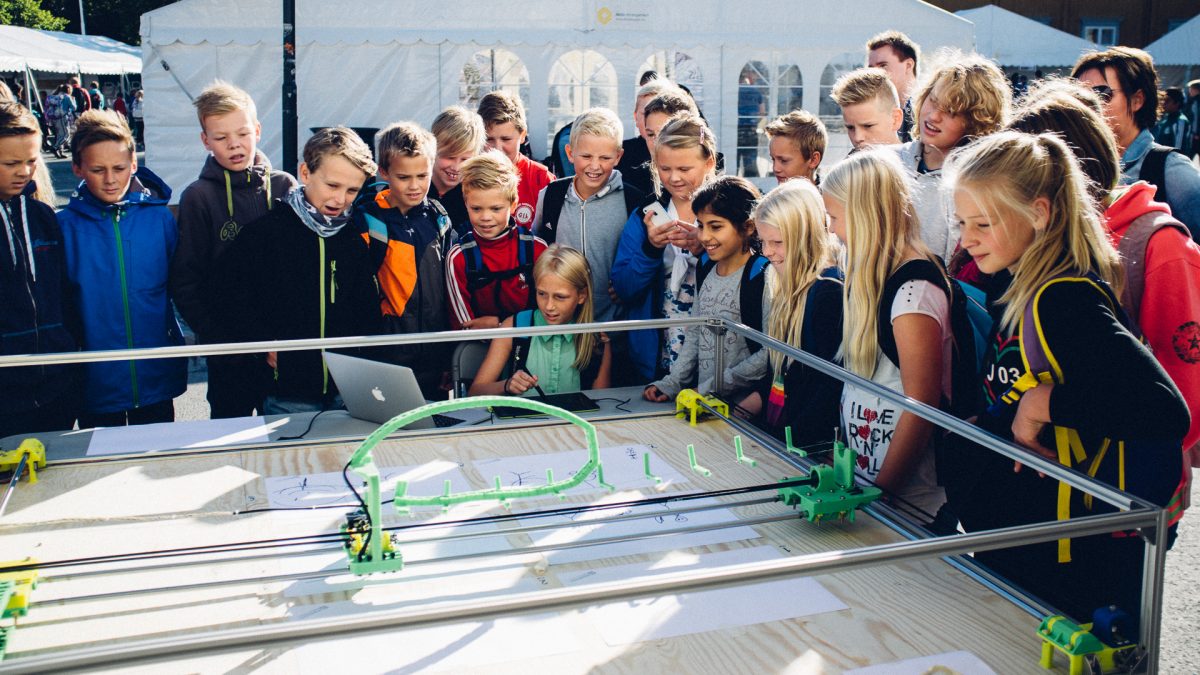 Despite the fun and games, there's a serious business here. So much so, that the team has outgrown its humble beginnings at the DIGS co-working space in downtown Trondheim, and moved into a much bigger space in an industrial area on the outskirts of the city centre called Nyhavna.

In the last year, the small team have worked with more established companies who want to outsource part of their product development process, or get some “fresh eyes” involved. For obvious reasons many of these projects are confidential, but the team do show off as many of the projects as possible on their website. The clients they can talk about include TrønderEnergi (central Norway's electricity grid supplier), ZXY, Blueye and Arduino, among others.

One of the more intriguing projects includes a self-built 3D-printer. The team wanted to maximize speed, accuracy and build-size, so ended up with a large Kossel-based delta printer, which is a general design used as a build-your-own blueprint.

“The biggest advantage with delta printers is that you get much faster movement due to the reduced moving weight. A couple of general disadvantages are that the frame is quite tall relative to effective print height and that it might be a bit more complex to set up and calibrate,” says Norwegian Creation's 3D-printing expert Mads Aasvik.

As a professional blogger, I'm impressed to see the startup utilising content marketing to reach their target audience. A regular blog on all things maker-related such as Arduino tutorials (it's an open-source electronic prototyping platform) and reviews of 3D modelling software have built a hungry audience of fellow makers while demonstrating their expertise.

They also produce “behind the scenes” videos about some of their projects. This one looks at a project called Hele Norges Knapp (Norway's Button), which they collaborated on with Superblaise for BankAxept. The goal of the game was simple: to press a button as many times as possible within 30 seconds.