Home » Living in Norway » Prisons in Norway: Inside a Norwegian Jail 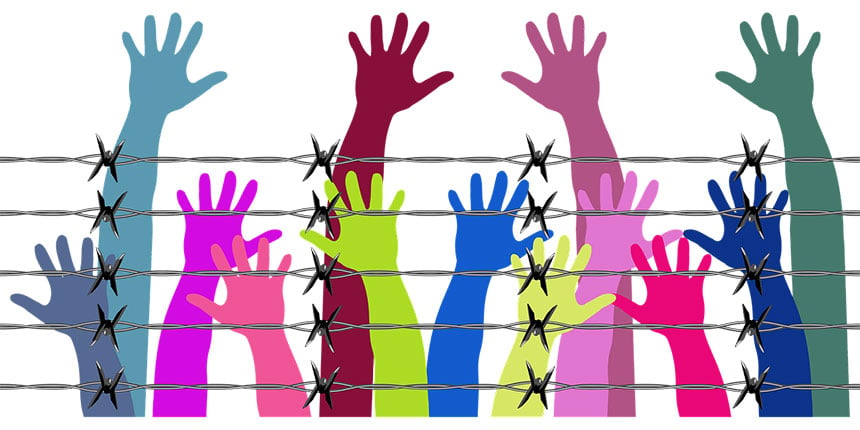 An in-depth look at the Norwegian prison system, which is known around the world for its focus on rehabilitation and its low reoffending rates.

Like many social institutions in the country, Norway’s prison system has been lauded as one of the most humane, and forward thinking on the planet. We get a lot of emails from people wondering how and why the system works, especially from the USA where the prison system is notably ineffective.

So we've put together this guide on why Norwegian prisons work. Make a cup of coffee, pull up a chair, and get yourself comfortable!

A focus on rehabilitation that works

It is vastly different than what many people think of (or have experienced) when it comes to prisons in other countries around the world. Relaxed is one word that often comes to mind.

Depending on your perspective, the crazy or not so crazy thing about the Norwegian prison system is that it works.

In a country with an already low crime rate, recidivism, or the percentage of people that are sent to prison for a second sentence, hovers at or below 20%. Compare that to places such as the United States where those convicted of a crime are arrested again at rates anywhere from 60 to 75%.

This ethos can be seen in everything from the designs of the prisons, to the activities the inmates are encouraged to undertake. More on these things later!

Giving inmates something to do

What helps the most in Norway’s goal to rehabilitate its inmates is the number of programmes available to them during their stay.

Some jails have inmates working similar jobs to what can be found in other prisons across the globe, such as metalwork for local industry, but it's the choices available for what inmates can do with their free time is what might make the biggest impact.

Whether it is attending cooking classes taught by professional chefs, music classes where inmates can learn the ins and outs of producing music, or just hanging out in the rec room with other inmates and playing video games or watching films.

The interior of the prisons and the cells themselves look more like dorm rooms than anything else, giving a decent amount of privacy and keeping the inmates “feeling like they are still people” as they are oft-quoted.

Prison food in Norway also varies drastically from the chow halls seen elsewhere. In Norway, small groups of prisoners get together to cook and eat their meals. With the full range of silverware and cutlery that can’t be found inside prison walls anywhere else.

See inside a Norwegian prison

The Directorate of Norwegian Correctional Service (Kriminalomsorgen) have produced a handful of videos in foreign languages to introduce various prison facilities to new arrivals. Watching one of these gives you an insight into what life inside a Norwegian prison may be like.

The videos are produced in English, Polish, Lithuanian, Romanian and Serbian. This one is from Sem Prison, located just a few miles west of Tønsberg:

“One thing it may be important for you to know is that even though you don't have money, you can arrange to get a packet of tobacco on credit. All prisoners receive a small daily allowance. Toothbrushes, toothpaste, soap and razors are free of charge, as is food and drink.”

When you think of a prison you generally will paint the image of concrete buildings surrounded by rows and rows for fences or walls; barred in windows; and not a lot of effort put into beatification or design – outside of functionality.

There is logic behind the design though. Norwegian jails attempt to mimic the outside world as much as possible, to prepare inmates for freedom. What this means in practice is en-suite bathrooms and even flat-screen TVs. Officials say these things leave less space to hide things such as drugs or weapons.

There aren't actually that many big prisons in Norway. Not only is the national incarceration rate low, the country has a population of less than six million people. Some of the biggest and most notorious jails in Norway include:

Ullersmo: Around 20 miles north-east of downtown Oslo, the facility opened in 1970 as a replacement for Botsfengselet in the heart of old Oslo. The capacity at Ullersmo is less than 250 and it takes long-term inmates from across the country. The jail is home to a substantial workshop and educational centre.

Oslo: The country's largest correctional facility is very close to the centre of the capital city in the Grønland/Tøyen neighbourhood. Oslo Prison has a high level of security and spaces for around 250 prisoners. It is a male-only prison.

Skien, Telemark: This high security facility in Skien currently counts Anders Behring Breivik amongst its inmates. Located in the Telemark region, the prison has space for less than 100 inmates. In 2012, it became a male-only prison.

But the best-known two facilities are without doubt Halden and Bastøy. Let's take a look at them both in much more detail:

Halden Prison boasts a design by Erik Møller Architects and is structured in such a way that it gives those within its walls the feeling being surrounded by nature. TIME Magazine called it the world's most humane prison.

Prisoners have ample access to windows that look out onto the nearby trees and grass. There are also numerous art pieces and installations throughout the prison, bringing a little life and colour into the otherwise grey prison world.

Officials hope the art and creative classes such as woodworking and drawing will give inmates the sense of being taken seriously. When a New York Times reporter visited Halden, she praised Norway's ‘radical humaneness‘:

“These qualities are so out of sync with the forms of imprisonment found in the United States that you could be forgiven for doubting whether Halden is a prison at all.”

“It is, of course, but it is also something more: the physical expression of an entire national philosophy about the relative merits of punishment and forgiveness.”

In Norway, many of the prisons have more of an open-campus policy, such as the minimum-security prison on the island of Bastøy that has no fenced in areas. Of the 70 or so staff employed by the facility, only five stay on the island overnight.

The island contains about 80 buildings, roads, beaches, farmland, forested land, and even a football pitch. Other facilities include a library and a church.

Inmates stay in simple wooden cabins and spend their days working the prison farm. They are encouraged to spend their free time outdoors.

Visitors are permitted using the ferry from Horten on Wednesday, Saturday and Sunday. There are even a couple of apartments that visitors can use for extended visits over the weekend, by prior arrangement.

In 2014, Bastøy was awarded the 2014 Blanche Major Reconciliation Prize, an annual award given each year to persons or organisations that work actively for reconciliation. Bastøy picked up the award for “promoting human values and tolerance”.

The facility places a big focus on what they call ‘human ecology': the relationships between people and their environments, in particular how human beings function together and are influenced by each other and nature.

The prison website states that “all staff members at Bastøy prison are expected to have competence, understanding and focus on human relations and how we influence and are influenced by others, in addition to respect for how we use and take care of nature around us, of which we all are parts”.

Arne Kvernvik Nilsen, the prison's governor gave a bullish response to CNN when asked about the luxury conditions of Bastøy: “If we have created a holiday camp for criminals here, so what? We should reduce the risk of reoffending, because if we don't, what's the point of punishment, except for leaning toward the primitive side of humanity?”

Norway has a total capacity of around 4,000 cells. They are spread out among a relatively large number of facilities, of which almost two-thirds are high security and five are female-only.

The largest prison is in Ullersmo with a capacity of 400 cells, while the smallest has just 13 cells. The Directorate of Norwegian Correctional Service (Kriminalomsorgen) is split into five administrative regions: divided into five regions, as follows:

What is the maximum prison sentence in Norway?

The maximum civilian prison sentence in Norway is 21 years of imprisonment. However, only a small percentage of prisoners can expect to serve the full sentence. Most inmates don't serve more than 14 years.

Typically, prisoners are eligible for parole on weekends after serving one-third of their sentence, and early release after two-thirds. For more serious crimes, there is no eligibility for parole for a time period of ten years.

A relatively new category for “crimes against humanity” carries a sentence of 30 years, which the country introduced to satisfy the requirements of the Rome Statute.

Conditions for women prisoners in Norway

It's well known that the differences in prison conditions between men and women is a challenge for the Norwegian authorities. In 2015, a working group produced a report that concluded that change is required at multiple levels.

Research from other countries around the world shows that this is a common problem. When it comes to architecture, security, activities, healthcare and so on, prisons are often organised with the needs of male inmates in mind. Much of this is because of the relatively low number of women compared to men.

In both the women-only prisons visited by the report team, outdoors physical activity was limited by the design and size of the facilities. In mixed prisons the exercise yards for females were consistently smaller and more poorly equipped than those for men.

The Directorate of the Norwegian Correctional Service has announced that the report will be followed up by a separate strategy for the conditions for women in prison.

Norwegian prisons in the world's media

Many of the world's biggest media outlets have covered the Norwegian system extensively, often focusing on what is reported as “luxury” conditions compared to the USA.

Presumably because of its beautiful natural environment, the minimum security facility at Bastøy gets a lot of attention:

“On Bastøy prison island in Norway, the prisoners, some of whom are murderers and rapists, live in conditions that critics brand ‘cushy' and ‘luxurious'. Yet it has by far the lowest reoffending rate in Europe” – The Guardian

“Some prisoners get schooling in a yellow Bavarian-style building near the center of the island. On a recent afternoon, three young men were learning to use computer programs to create 3-D models of cars. All expressed interest in doing this sort of work after their prison terms end” – CNN

A few years ago, some prison directors and lawmakers from North Dakota traveled to see Norway's prisons for themselves. The trip was part of a programme that takes state officials to visit Norway. The move has raised plenty of questions about the role prisons play in American society.

When they returned home, North Dakota officials slowly began making changes to its prison system. A Senate bill put into law in 2017 aims to lower the number of offenders in the state's system.

All correctional facilities are now mandated to create a prison population plan, while counties must offer alternatives to physical custody. It also gave individual prisons the power to prioritise inmates once their operating capacity is reached.

Whatever your opinion on Norway's criminal justice system, it's hard to disagree that it's doing something right. Few Norwegians ever end up in prison. The few that do usually don't make a return visit. 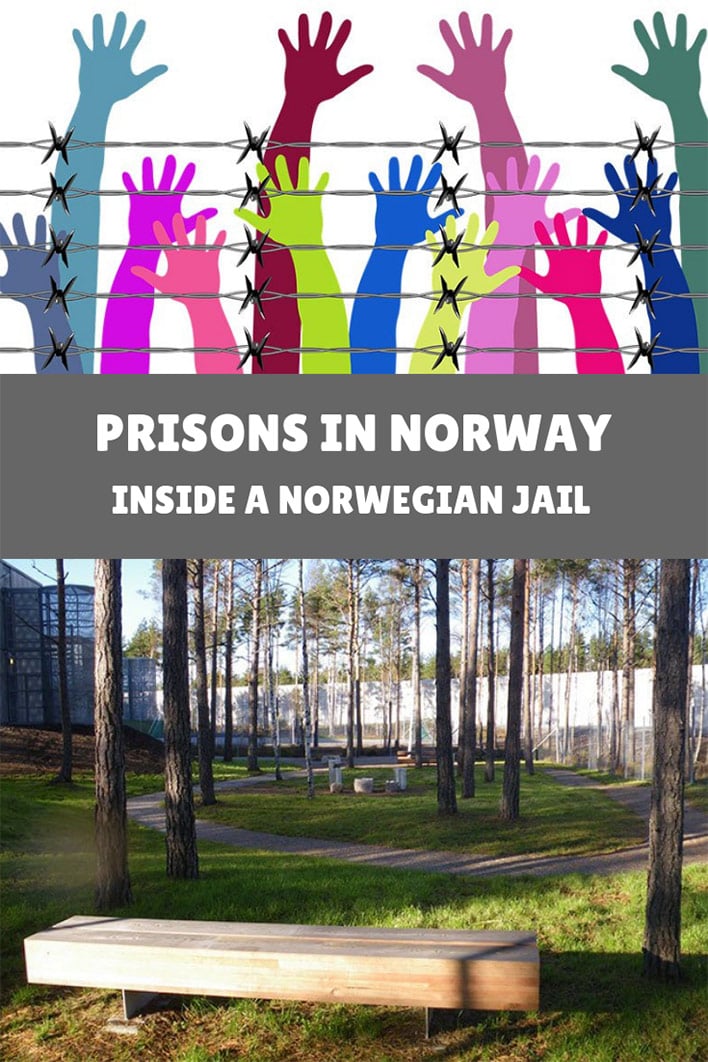 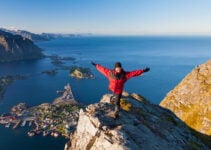