I spent most of last year worrying how I would cope with my first Scandinavian winter. Little did I know I would experience the mildest winter Norway has seen for years, with the snow arriving late and temperatures averaging a very bearable -5C. 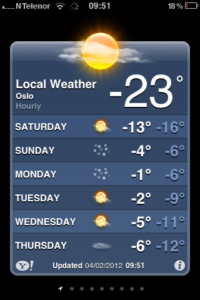 So, what does someone not used to cold temperatures do on the weekend the mercury plummeted to -23C? He stands outdoors for hours of course, all in the name of sport! As my friends Brian and Joe were in town for the Oslo leg of the Biathlon World Cup, I decided to join them.

Yeah it was the first question I asked too – what exactly is biathlon? Turns out, it's a rather popular sport round these parts.

Biathlon combines cross-country skiing with rifle shooting. At first it sounds a truly bizarre combination, but makes more sense when you understand the origins lie in a Norwegian military training exercise (thanks Wikipedia!). The modern form has a few variations but in essence it involves a number of laps of a cross-country ski course with a brief shooting event towards the end of each lap.

This event can be crouching or standing, with the aim of hitting five consecutive targets. For each missed target, the competitor must ski a “penalty loop” before rejoining the race. It makes so much more sense when you watch it, honestly! 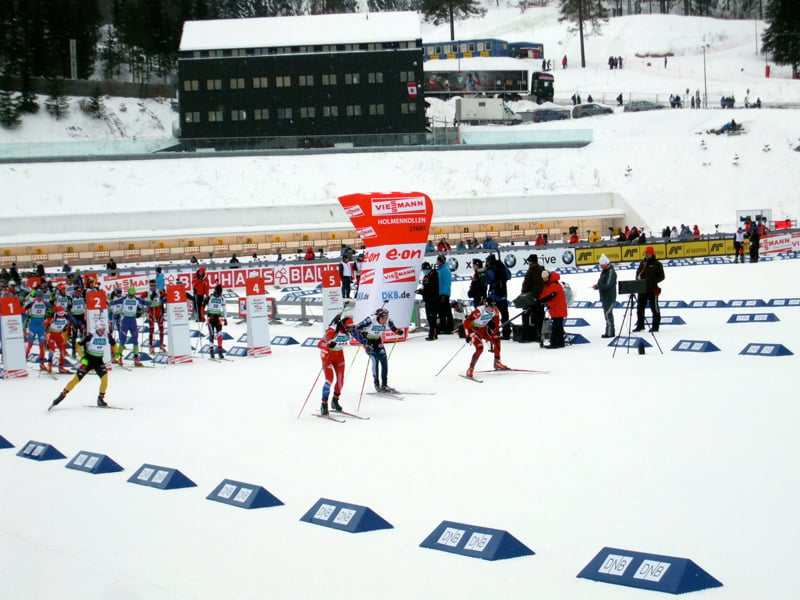 At the Holmenkollen Biathlon Stadium

The National Ski Arena at Holmenkollen is recognised by the immense ski jump, towering over Oslo and visible from much of the city. But the site is also home to a myriad of cross-country skiing tracks and a biathlon stadium. Having walked around the complex several times I had an idea of what to expect, but I barely recognised the place, covered in snow and full of people with colourful hats and flags.

The atmosphere was like nothing I had experienced before at a sporting event, with singing, bell-ringing, flag-waving, multi-lingual commentary and other such larks! I clapped and jumped around a bit to keep warm and pretend I knew what was going on 🙂

Obviously the Norwegians were the best supported but there was a surprising amount of support from Russia and Germany, plus a smattering of support for Sweden, USA, France and Canada amongst others. 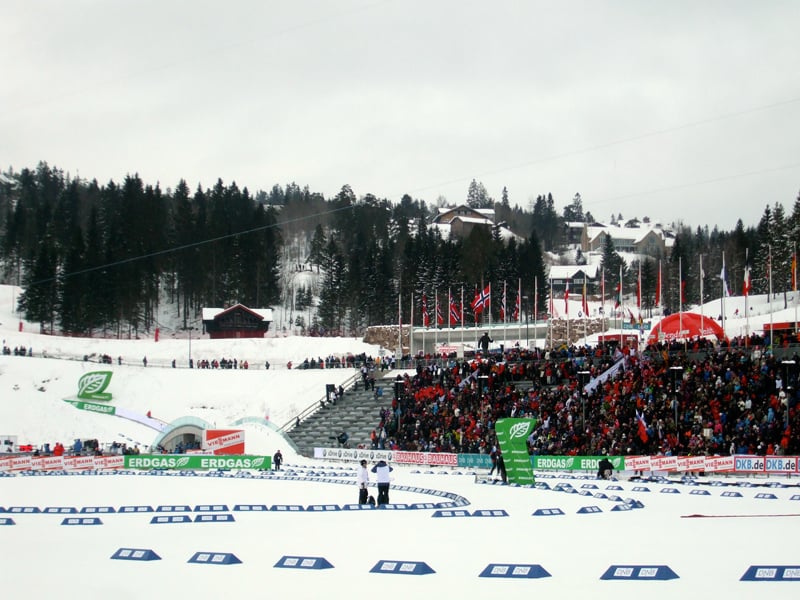 We saw the whole of the 12.5k Mens Pursuit (Jaktstart) and what struck me most was what incredible athletes these guys are. This was the first time I've seen cross-country skiing live and my god it looked like hard work. Quite how they scamper uphill so quickly is beyond me, there was an almost arachnid-quality to it! Add to that the ability to calm your heart rate quickly to ensure a steady shot, then get straight back into racing mode, and repeat all that several times – and you've got one hell of a difficult sport.

Winner of the Mens Pursuit was Germany's Arnd Peiffer, who didn't miss a single shot. The home crowd cheered home Emil Hegle Svendsen into a hard-fought second place. Incidentally, Svendsen clinched the 15k Mass Start on Sunday by overtaking Germany's Andi Birnbacher on the very last hill. It was an exciting climax to the weekend's events and something I would never have thought to watch were it not for my trip to Holmenkollen the day before.

To be honest I think the extreme cold added a little something to the expreience, although next time I go to a winter sports event I'd like it to be a little milder than -23C 🙂 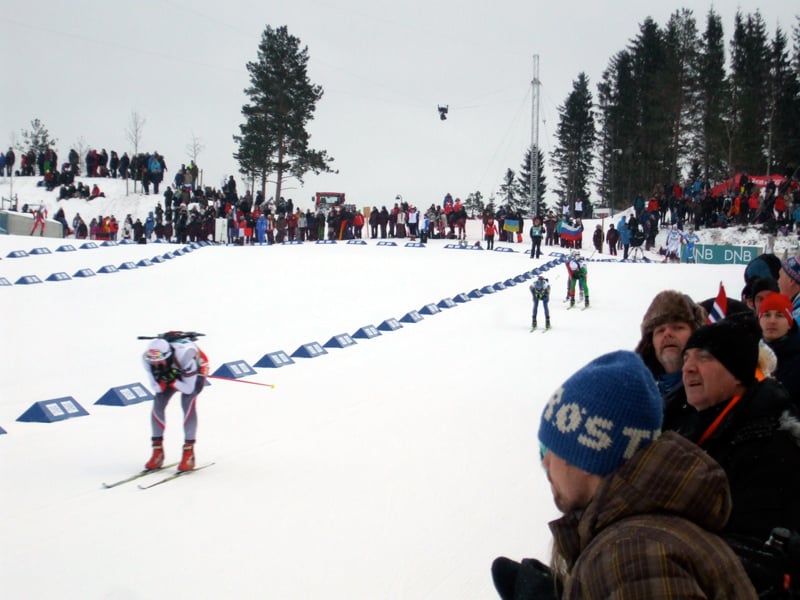 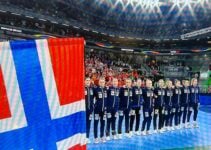