Christiania torv is one of the most beautiful public squares in Oslo. It's centrepiece is one of the best known statues in the city, the hand of King Christian IV, marking the spot where modern Oslo began. 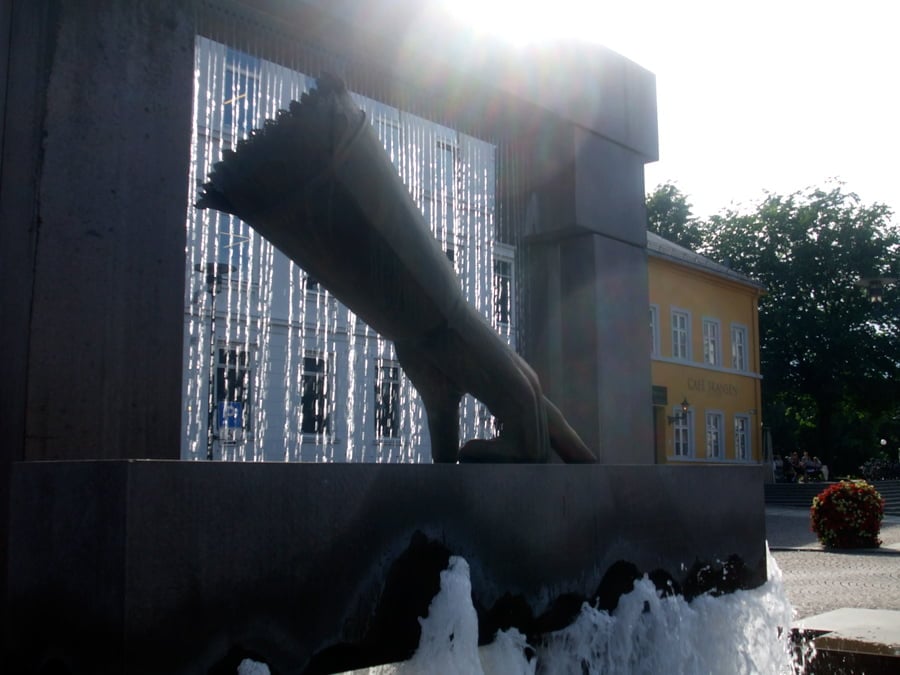 Ruled from Denmark, medieval Oslo stood to the east of where today's city centre lies. Its wooden houses frequently succumbed to fire and after yet another blaze destroyed much of the city in 1624, Danish ruler King Christian IV ordered a new city be built across the bay. He named that city Christiania. Nothing like an ego trip hey? 😉

To continue the very brief history lesson, Christiania became Norway's capital again when independence was gained in 1814. From 1925, the city was once again known as Olso.

The square surrounding the hand of King Christian IV reeks of history, it's cobbled streets, old bookshop and outdoor cafes creating a fascinating mix of old Christiania and modern Oslo. It's even better on a glorious sunny day: 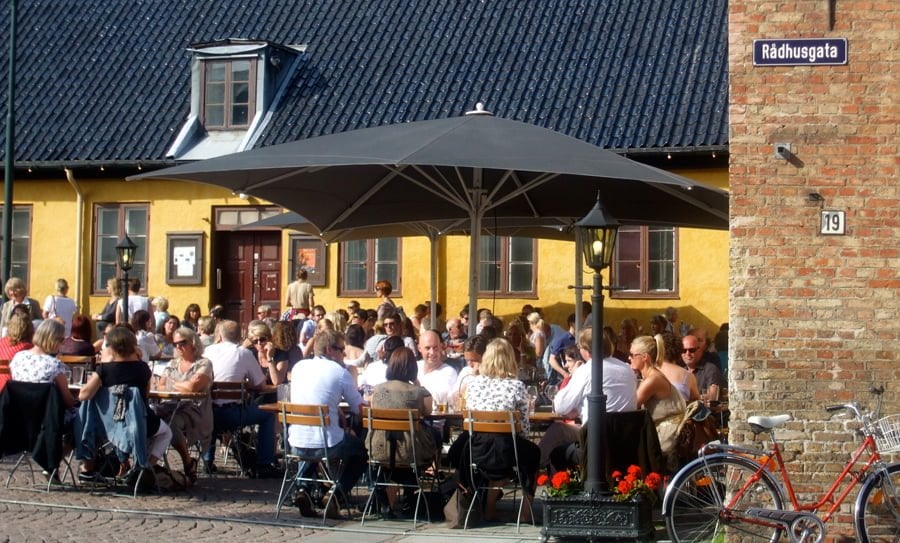 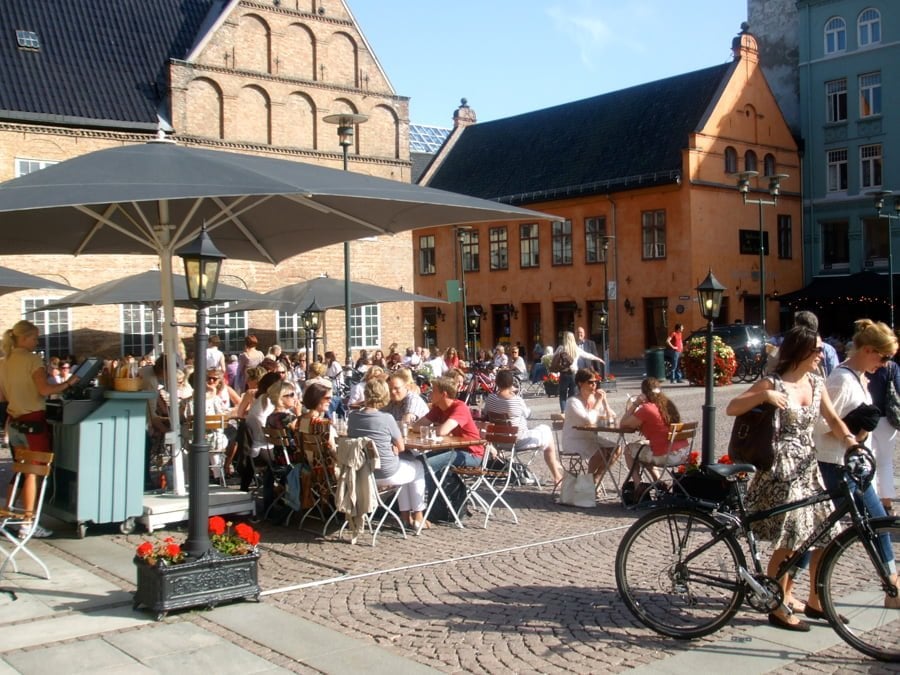 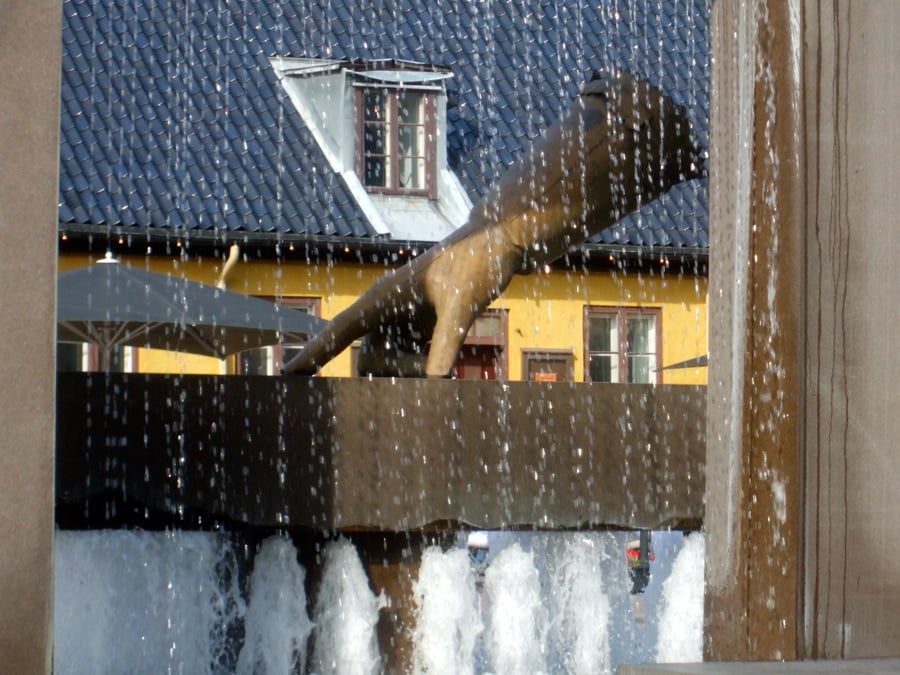 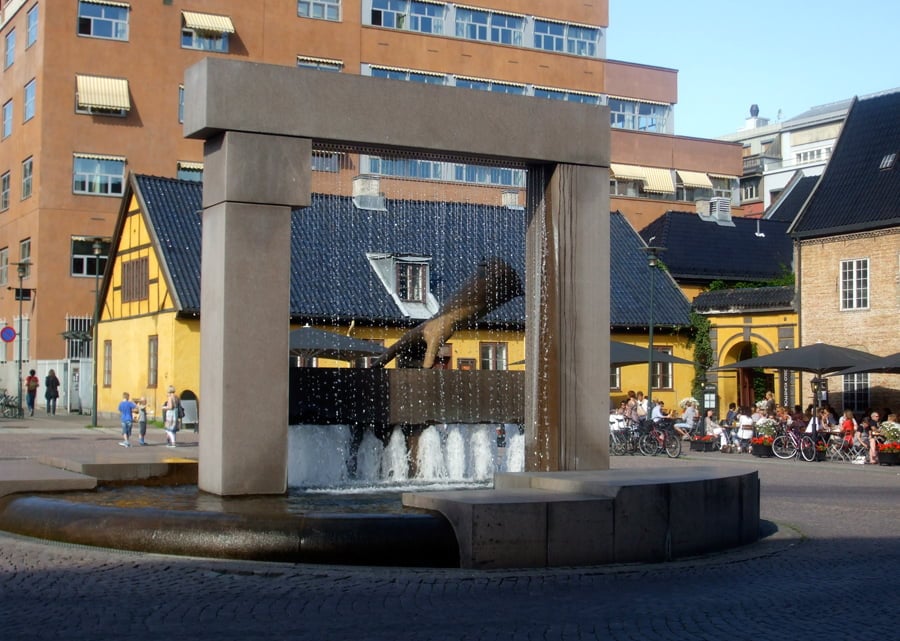 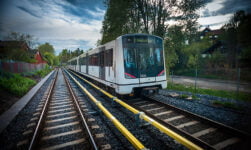