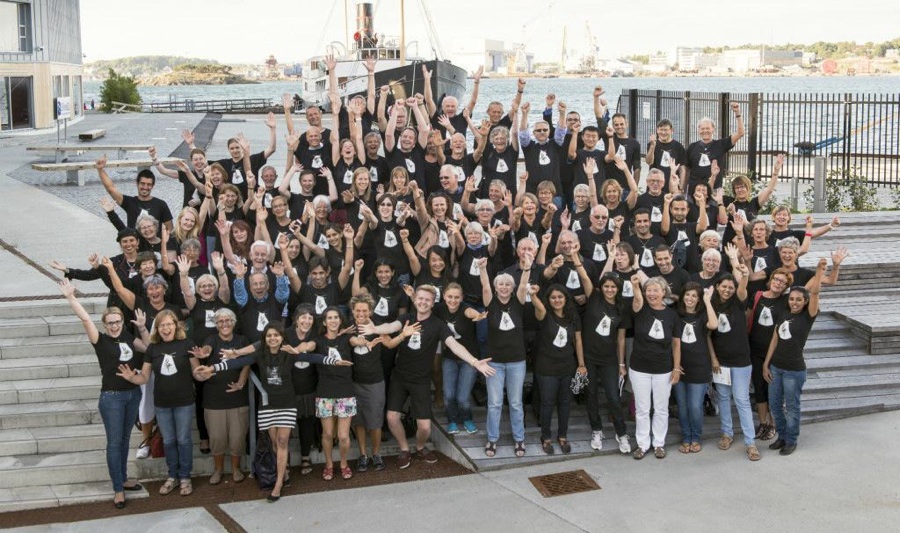 I remember my first year in Stavanger back in 2010. I was really wondering how it worked getting to meet people and getting work references for my job search.

My husband and some other friends of him suggested that I contact Maijazz to get some experience and do some volunteering. I have to admit that most volunteering in my country is mainly linked to social services, so I was a bit curious and did not know all that it meant for Norwegians and for an expat living in Norway. I did not expect it to be done in all kinds of festivals, groups, organisations, that sometimes volunteers were a large part of the event, how it would help me in my job search, among other things.

Helping out a Jazz festival

In 2010, I decided to become a volunteer for the Maijazz festival. I was in charge of marketing, specifically merchandising (presentation in retail outlets of the festival), helping with the branding in the traditional way in order to get the festival more visible in the city. I found that it helped me to stay active working in something related to my background. I have to say that I enjoyed it as my first experience.

Then some months later, in August, my sister came for a visit and we both were recruited as volunteers in the catering team of the International Chamber Music Festival. Despite not joining a team related to my field of studies, I had a great time and was able to be a part of the most international team of engaged volunteers I have met so far.

Since then I have been volunteering in the catering group for the International Chamber Music Festival most years, have had friends join and keep meeting some great people each time. In addition, one of the perks of been a volunteer is that you get to attend most of the concerts and if you are lucky you get to meet some top-class musicians during their meals.

To be a volunteer allows you to help, to network and it is also an opportunity to get some local experience and contacts, which are very useful when applying for a job in Norway.

I currently volunteer as Digital Marketing manager for Nettverk Stavanger, a which aims at making the Stavanger region more appealing for work and living, as well as having an important role in networking and leadership development.

As you can see, volunteering in Norway is a very social activity. I found out that some people have been helping at a festival or organisation for years in a row, they sometimes travel from other cities or get leave from work in order to help full time, as the perfect event to meet past friends and make new ones, in addition to their love of the festival itself.

If I could use an analogy to describe this I would say that volunteering is to Norway as dancing is to Latin America, that is, a fun way to socialize and be active.

Some of the reasons for me to come back, is the energy and friendly atmosphere that the leader of the catering group for the International Chamber Music Festival and Maijazz, Gaye Rosland, has created.

So I asked her bit more about it.

“In order to be a part of a community, it's important to give back…that's one of the reasons I started volunteering. A huge plus is that now I have made so many friends, not only Norwegian but from all over the world. People arrive here in international Stavanger and make positive connections through their volunteering at festivals.”

“In addition to friendship, there is the excitement, positive vibrations, the pleasure of solving problems and at the end a job well done.  In addition, you are able to listen to fantastic music AND meet the musicians first-hand.  We are able to create a homey atmosphere so they can relax and prepare for their concerts without a lot of stress.”

Join the crew of volunteers at the International Chamber Music Festival. In addition, the Comedy Box, Maijazz, the Red Cross, Gladmat, Folken, Nuart, and many sports teams need volunteers in Norway.