Life in Norway's readers have spoken! Here are your favourite words in the Norwegian language.

Working in an office full of Brits one day a week, we talk a lot about life in Norway. The quirks, the humour, the ups, the downs, and everything in between. I get a lot of inspiration for blog posts from these conversations, and today's a perfect example!

Conjugating verbs, compounding words, perfecting the imperfective, knowing your Bokmål from your Nynorsk: learning Norwegian is a tough task for anyone. But every so often, a word comes along that for whatever reason just makes me smile.

I know it's the same for you too, as I discovered through a bit of crowdsourcing of the Life in Norway community over on Twitter:

@lifeinnorway Sandwiches are never boring when you get to call them “blings”.

@lifeinnorway When I was in Norddal last year I learned bobil. Much better than caravan don't you think?

@lifeinnorway @TheEliselise My favourite is “Velkommen”, because that's the one I hope to hear very soon! 🙂

I then did the same thing on Facebook and the conversation really got going!

A brilliant selection – a big tusen takk to you all! Now I'd like to take a moment to talk you through my own personal favourites.

Probably because it's one of the most common Norwegian words that doesn't directly translate into English, but also I love the way it's pronounced. In fact, koselig teaches you a lot about Norwegian pronunciation, specifically the s and -lig ending.

In a very similar way to the much more famous word higgle, koselig describes a feeling of coziness or comfort, topically someplace warm and with good company. I've done my best to give a visual outline of koselig here.

Of course! Sure! Another tongue-twister that teaches you a lot about pronunciation.

A third word that's difficult to get your head around as a beginner, but a wonderful word to say when you get the hang of it. It means, quite simply, love.

Finally, not a word but a phrase, tusen takk directly translates to a thousand thanks, closely resembling the English term thanks a million, or just thank you very much. It's one of the first phrases I learned three years ago, so has a special place in my heart!

What is your favourite Norwegian word, and why?

The Languages of Norway 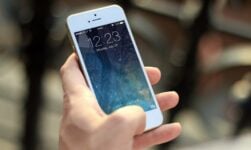