Home › Expat Blogs › 69 Degrees North: The Ancestors of the Future 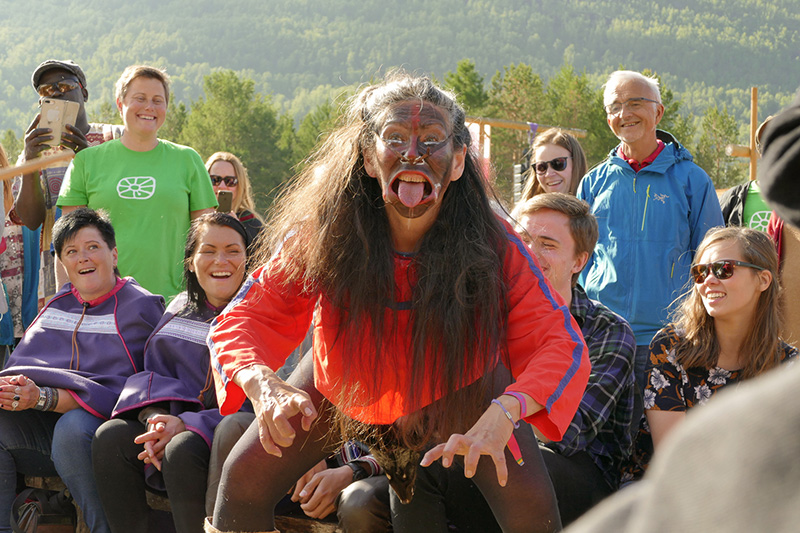 A visit to Riddu Riddu, an annual Sami music and culture festival in northern Norway.

The road sign is riddled with gun holes. Someone painted across the Sami translation with white paint. In the Center of Northern Peoples in Manndalen, Northern Norway, the sign hanging in the entrance area of the center commemorates the most recent incident of its kind, from two years ago.

Last night I landed in Tromsø, Norway. It's July and it is cold. The annual Riddu Riddu Festival takes place in two days. Riddu Riddu, which means little storm on the coast, is an international indigenous festival with a focus on the Arctic and the far North, where music, film, art, dance, literature, and workshops are offered.

I sit in a little red Golf and peek into the face of a young woman next to me. A Sami. We drive to the festival site, for which I volunteer. “Do you know the story of our festival? How it all started?“, she asks me. “No,” I admit. She tells me about a cold New Year's Eve back in 1991.

“We had gathered to party. At some point, the question of identity was raised. Our group has Sami roots. Many Sami, especially the generation of our parents and grandparents, are ashamed of their origins.”

“The Norwegianization of the government has left deep marks. We decided to change something. Retrieving our traditions, bearing our heritage with pride. So we developed this plan to start the festival.” 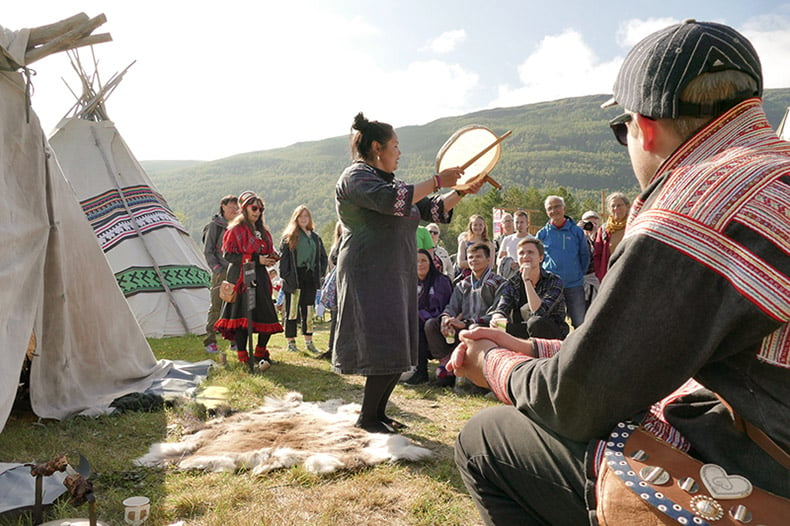 The Norwegianization, especially strong before the end of the Second World War, was a measure of the Norwegian government to introduce a unified culture, language and faith in Norway.

The Sami visited Norwegian schools, spoke the Norwegian language, and adopted the Christian faith. Their own culture and way of thinking were officially classified as mentally insane and banned.

Inside the Center of Northern People

We enter the Center of the Northern People, where I am introduced to Daniel, a Sami from Manndalen. He also shows me the bullet holes in the road sign. “Why is someone doing something like that?”, I ask.

“It is the envy of the Norwegian people about a preferred treatment of the Sami people. It's mainly about land ownership,” he explains. He shows me around the center. In the basement is a well-stocked library of and about indigenous cultures. There is also an art exhibition.

Back on the festival grounds, I see a meeting house of the Native Americans from Canada, decorated with traditional murals. Next to it is a Goahti, a traditional Sami tent made of wood and peat moss. A big herb garden, where workshops will be offered, is also on the property.

In addition, the indigenous market vendors are building up their goods: Reindeer products are the top seller. The area for children and teenagers will provide traditional crafts and games.

Get this party started

Over the next two days, the site fills up. More and more party people gather on the campground and sit around bonfires to meet new and old friends. The majority wears traditional Sami garb. There seems to be a stream of never-ending alcohol. You could almost forget you drink in Norway, where beer is as expensive as if the hops had personally made the prices.

My inner clock has completely lost its bearings by now. I'm not tired: I just keep going. The few hours of sleep I struggle to get with a sleeping mask and earplugs, don't make much difference. Summer in Northern Norway is electrifying. Not by the sun, but by brightness.

The atmosphere of the festival is filled with the search for hope, roots, old knowledge, and new ways. It is not about sniveling in the past, it is about new paths. About education and self-confidence. The crowd of artists and ideas have an infectious and enthusiastic effect on the press. Eyes wide open they watch the people in traditional costumes who perform folklore dances, tell stories and convey old chants.

I am interested in the panel discussion on the Arctic Railway Project. A new train service between Rovaniemi, Finland, and Kirkenes, Norway, is planned. The conflict between the different interest partners seems to be hopeless. The planned route is in Sami country. Of course, the Sami want to continue to guide reindeer herds through the North, with no power poles, factories, mines, and train lines. And, of course, the big corporates want to use their capital to make a profit.

Petra Laitii, chairwoman of the Finnish Sami youth, expresses her concerns about the end of a culture, the demise of an era. Sigrid Ina Simonsen, District Councilor for Culture and Industry of the Troms region, explains the growing economic interest in the Northern region.

“The world wants and needs minerals, energy, and food. The ports are already busy and alternative routes are needed.“ She looks around and hastily adds. “But planning is still in its infancy and nothing is decided. The effects on the Sami community and the reindeer have not been investigated.“

I can imagine how this project will continue. An Investigation done or not. My steps lead me back to the festival area. There I see a middle-aged woman, painted with soot, a dead animal with dead eyes tied around her hips, shaking her ass provocatively in front of a young Sami.

She makes strange noises, has something stuck in her mouth that deforms her face, and rolls wildly with her eyes. The crowd is strangely touched, the situation provokes loud laughter. Serbian throat singing sounds are booming from the inside of another lavuu. I can catch a glimpse and see an older, Asian-looking woman carrying listeners into unfamiliar spheres. 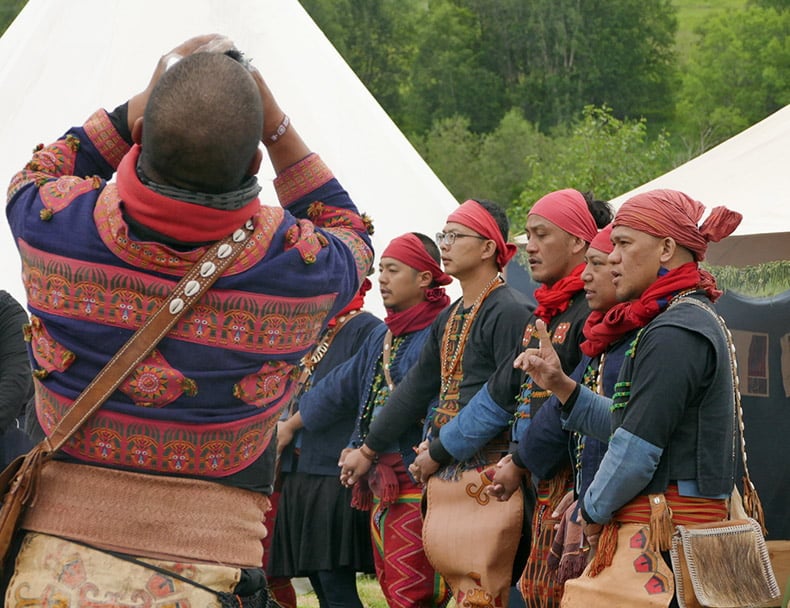 In the evening, DJ Shub and Josh DePerry perform. DJ Shub is a Mohawk DJ, formerly A Tribe Called Red and a member of the Six Nations of the Grand River, Canada. The sound is electronic. Pow Wow Techno. Josh DePerry is dancing in a brightly colored, traditional costume. He heats the audience. The crowd looks enthusiastically at the performers.

Suddenly, Josh DePerry shouts, “We're here to meet. We do it differently! Form a circle!” The crowd forms in a circle. Josh DePerry jumps in the middle and dances wildly, he literally flies across the square. Some viewers jump into the middle of the circle, their bodies deforming themselves to the electro beats like gummi bears.

All of a sudden the DJ turns up the beat, the crowd jumps, now fully heated, up and down and to the middle. Now everyone is holding hands and dancing in circles. In a spiral. The energy is bombastic. Natural, tribal. The change of perspective from the consuming viewer to part of a performance is terrific.

Finally, I discover the Party-lavuu. Partying in the dark. The Circumpolar Hip-Hop Collaboration gives a concert! DJ Uyarakq, from Greenland, plays a bass-heavy sound. Hilda Länsman, a Finnish Sami, Aku Matu, an Inuk Performance artist, and Alexia Galloway, a throat singer from Canada, impress with their unusual performance.

Aku Matu is bursting with energy, rapping, screaming and spitting into the microphone. She tells angrily the life story of her mother, an Inuk from Alaska. The performance is extremely powerful.

The official highlight of the festival is the appearance of the living Sami legend Mari Boine. She sings about the suppression of the Sami people. But also about Mother Earth and the wilderness of Finnmark. Her message is a motivating one. It calls on the youth to educate themselves, to dig up the old knowledge and to translate it into the modern age.

Then Isak comes on stage, a surprise guest. Isak, this is Ella Marie Hætta Isaksen and a young Sami singer who won the Sami Grand Prix two years ago. Those who have just burst into tears now feel hope for the future of Sami culture. An elderly gentleman in a traditional garb next to me perfectly reflects the emotions that take place on stage.

A wave of hope

The next evening belongs to the artists, the working people, including the volunteers. Masses of delicious dishes are served. There is wine and beer. Later, in the bright summer night, some of the guests gather around a campfire. The Taiwanese group, as always, ensures everybody has a good time.

They balance Aku Matu, who is sitting in a chair, high in the air. They fire her into the kingdom of heaven and catch her shortly after. Everyone is laughing. Back at the campfire, one of the Taiwanese guys starts to hit a beat, and Aku Matu raps over, freestyle.

The mood is good, very even. So good that we all stand in a circle, arm in arm. Under the midnight sun. In Northern Norway. I stand between Aku Matu and Daniel. Beside us are Maoris and Mongols. Brazilians and Germans. Greenlanders and Africans. The nations and indigenous cultures that this circle reflects are insane.

We hum, sing. A wave of deep connection flows through the circle. Hope, love, reconciliation. Emotionally we look at each other. As if there were no past. Only the moment and the future. I ask Aku Matu, “How did I get here? What have I done to deserve this? I am so lucky!” She laughs at me: “I know. Me too.”

For a moment the world stands still. The time at the festival is like an emotional rollercoaster ride. For all. I have never seen so many people cry. Happiness, hope, frustration. The gathering of the peoples expresses a deep need of humanity: reconciliation and a common future. 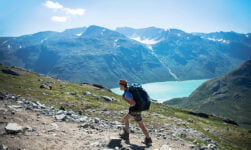 Inside a Student Backpack: What to Bring to Norway 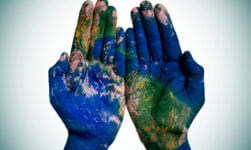 Of Being a Woman, Empathy and Multiculturalism in Norway 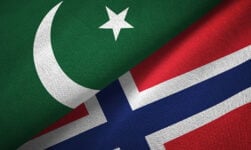 From Islamabad to Klepp 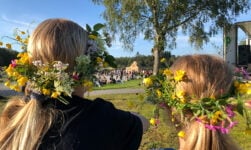 The Hunt for St. Hans Celebrations in Norway 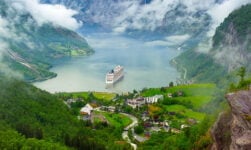 What’s So Great About Norway?

About the Author: Gunda Hackbarth

Gunda Hackbarth loves to explore the diversity of this planet. Northern Norway holds a very special place in her heart, with its raw nature and people. She expresses her love for storytelling and photography on her website.