Working at sea on an oil rig is a dangerous profession. Despite rigorous safety standards, harsh weather conditions and the constant threat posed by the ocean mean safety can never be taken for granted.

Over the years there have been some tragic disasters on platforms. The likes of Piper Alpha, Ocean Ranger, and Seacrest are names seared into the memories of many people even with no connection to the industry.

One name that is often forgotten is Alexander L. Kielland, perhaps because it predated the other disasters. It should never be forgotten, as the disaster was actually the worst industrial accident in Norwegian history and a real turning point for safety in the Norwegian oil and gas industry.

In March 1980, the Alexander L. Kielland platform was in use as an accommodation platform for 212 workers. It was moored alongside the operational Edda platform in the Ekofisk oil field area of the North Sea.

In a bad storm, the platform broke and capsized, killing 123 workers aged between 19 and 57 died. Here is the story, and the lessons learned.

Not all rigs at sea are there to drill oil. Event though it was built as a mobile drilling unit, the Alexander L. Kielland was serving as an accommodation platform (known as a “flotel”) for workers on the neighbouring Edda 2/7C platform.

Built at a French shipyard and named after Norwegian writer Alexander Lange Kielland, the rig was owned by the Stavanger Drilling Company and hired out to Phillips Petroleum at the time of the incident.

The night of the accident

On the evening of 27 March, 1980, the oil rigs were being battered by driving rain, high waves of up to 12 metres and strong winds of up to 40 knots.

Due to the weather, more than 200 people were off-duty on the Alexander L. Kielland platform, which had been winched away from the production platform.

At around 6.30pm, several survivors reported hearing a loud bang or crack followed by a trembling. The rig began to list. What had happened? Five anchor cables had snapped, leaving just one giving the rig any kind of stability.

Just over 20 minutes later, the remaining cable snapped and the rig capsized. At this point, 130 men had gathered in the emergency meeting points of the mess hall and cinema.

In the scramble to get off the capsizing platform, four lifeboats were launched but only one was properly released from the lowering cables. A fifth lifeboat came free from the platform and was used to gather survivors.

The aftermath and investigation

News of the disaster shocked everyone in Norway but particularly in Rogaland, where the majority of the victims were from. At the time, Norway had suffered several oil and gas related accidents but none were on this scale. It quickly became clear that changes were desperately needed in the industry.

One year after the tragedy, the commission formed to investigate the disaster concluded that a fatigue fracture in a support brace on one of the platform's columns was the direct cause. An inadequate weld had been overlooked and a crack formed that developed over time.

The report also found that there was enough time for most people on board the platform to have successfully escaped, had a clearer command structure been in place.

In response to the report, Norway combined the authorities responsible for overseeing offshore activity.

Five years later, it made offshore operators directly responsible for their employees’ safety. Among other things, new legislation on lifeboat release mechanisms were introduced.

“The Kielland accident was a turning point for this industry and the whole of Norway. We have worked differently on safety since 1980. With government responsibility, the structure of the regulations and not least how the responsibility of the companies has been made clear. They are responsible for safety every single day,” said Anne Myhrvold, director general of the Petroleum Safety Authority Norway. 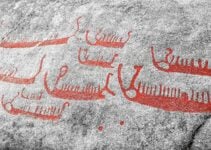