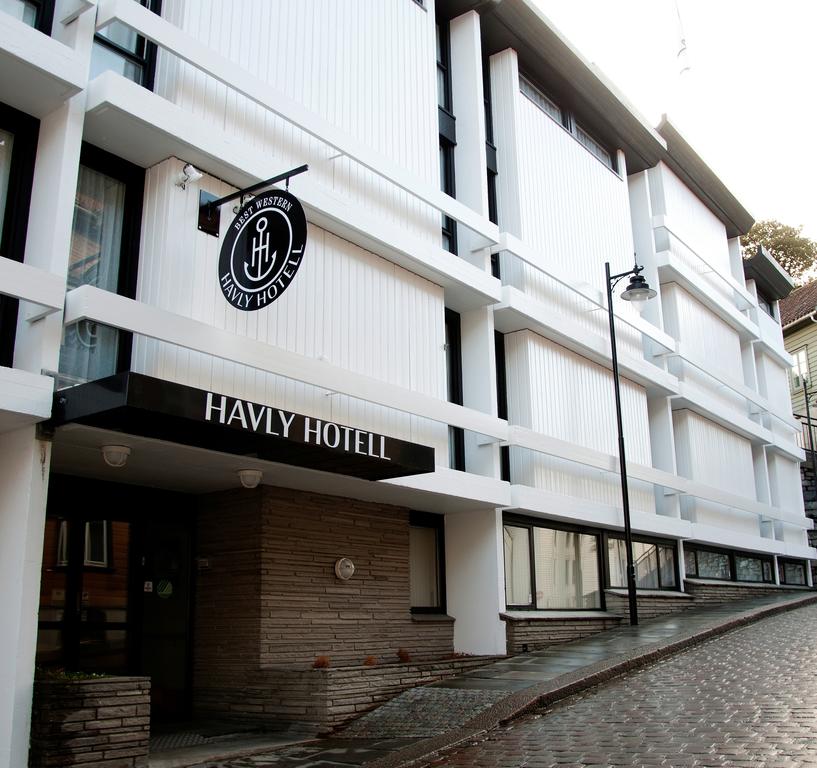 Last week I returned to Stavanger for the first time in well over a year for the Forum Safran conference. As it was held on a Thursday & Friday, I took the opportunity to stay for the weekend and build on my first impressions of one of Norway's most important cities. Hotel accommodation is often difficult to find in Stavanger, but I was able to arrange a stay with the Havly Hotel, part of the Best Western brand but run independently.

Book your stay at the Best Western Havly with our partners Booking.com

First things first, because I grabbed a lift into Stavanger I arrived much earlier than planned, but was able to check in early and catch-up on some much-needed sleep after the conference party the night before!

The Havly Hotel is located in the centre of Stavanger, just a few steps from the cruise ship docks and the cobbled streets of the main shopping area, and a ten minute walk from the train and bus stations. It's a small hotel with just 42 guest rooms, which ensures a more personal service AND plenty of room at breakfast!

I was blessed with glorious sunshine during my first visit to Stavanger, sadly this time the weather gods were not so kind.

I awoke from my nap thanks to a clap of thunder and a flash of lightning. The rain continued for the rest of the night, so I had to make the most of the hotel room. 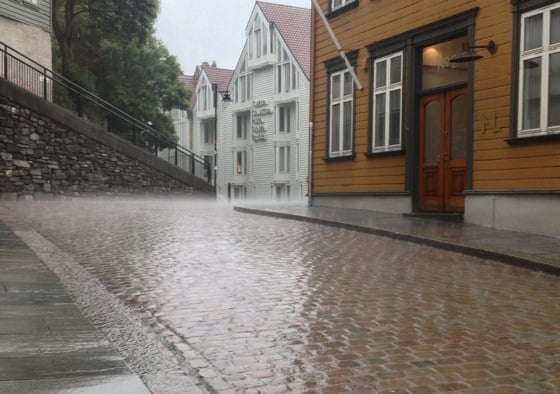 The room was small but still furnished with a double bed, desk, and two comfortable chairs. The TV had a good selection of channels but sadly the storm interfered with the reception, so I was forced to turn to my laptop and the wifi connection for entertainment, although I  The bedside tables were lit by LED lights from from underneath, a neat variation on the bedside lamp.

One point to note, the minibar is non-alcoholic with very reasonable prices for the soft drinks and snacks, but there's room for a couple of beers if you choose to buy them from the KIWI around the corner! 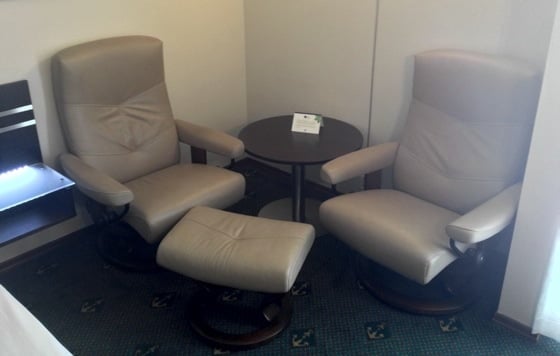 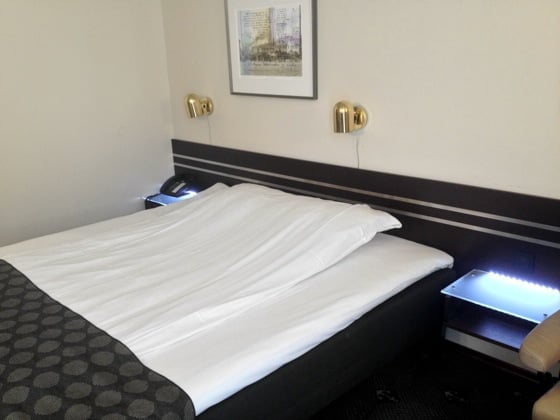 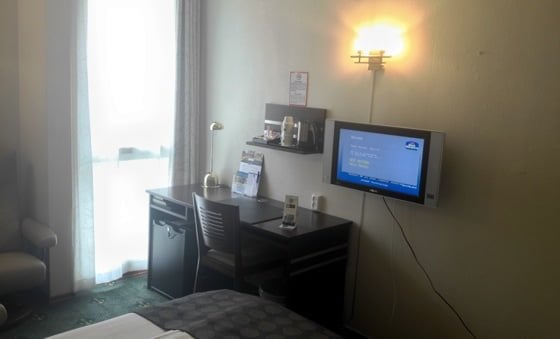 The bathroom was small but functional with an excellent shower. Rather than miniature toiletries, there was a dispenser next to the sink and in the shower. Better for the environment, I guess!

My only complaint with the room was the thin walls due to the age of the building. I could hear the TV in the neighbouring room, albeit not loud enough to annoy or disturb any sleep. During the night I was woken at 3am by some rowdy Norwegian students in the corridor, but I can't pin that on the room or the walls, they were just making a ton of noise right outside my door! 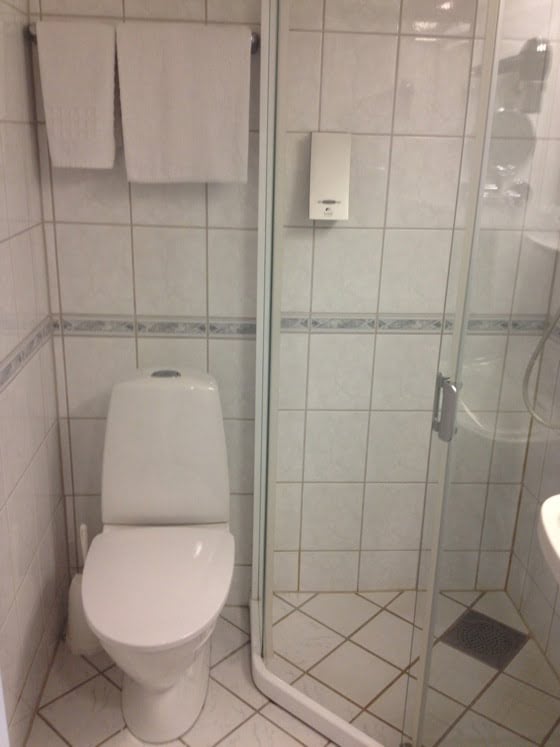 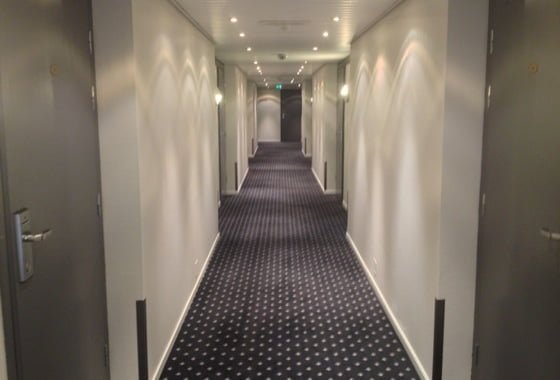 Breakfast was served in the lovely ground floor restaurant that reminded me of an English tea room and/or library rather than a hotel restaurant! My first impression of the buffet wasn't great, it seemed really small, but I soon realised there was a wide selection dotted around the room and the small trays were regularly topped up. It was the usual Scandinavian fare of cereals, hams, cheeses, breads, pastries, salad, with a small hot selection including eggs and small pølser.

I enjoyed the environment and spent far longer in the breakfast room than I normally would, which also meant I avoided the need for lunch later! By the way, you can also get complimentary hot drinks around the clock from the restaurant, very useful on those rainy Stavanger evenings… 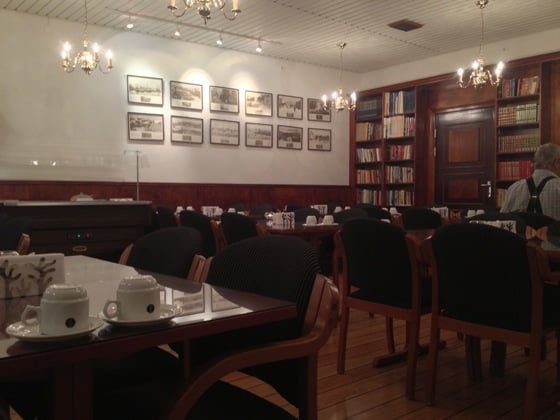 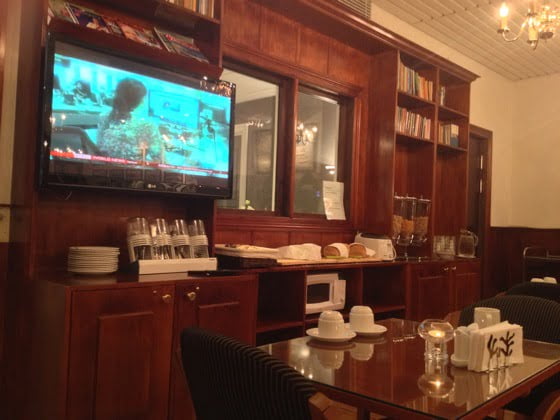 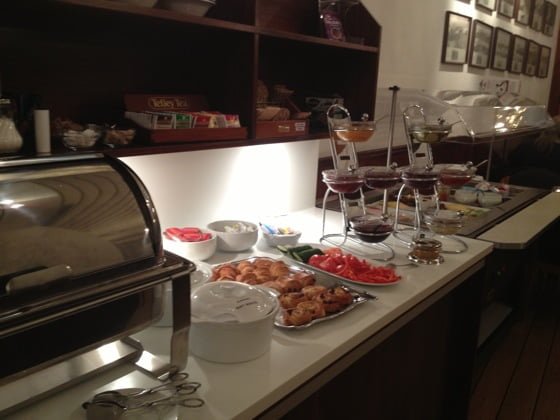 My overall impression of the Havly Hotel was positive. As a small hotel it doesn't have a wide range of facilities, but has everything you need for a comfortable stay in Stavanger. And with regular special offers pushing rooms well under NOK 1000 per night, it's one of the best value stays in Stavanger too.

Book your stay at the Best Western Havly with our partners Booking.com

(Disclaimer: my stay at the hotel was complimentary, however all our reviews on Life in Norway are free of any influence from the hotel management) 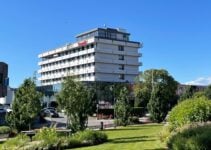 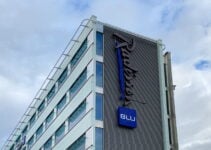