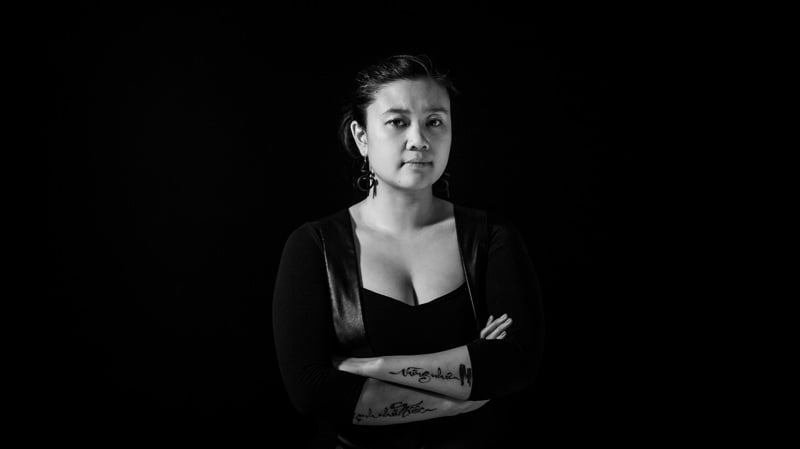 What do you get when you mix humor, performance art and Norway’s fourth largest city? The Comedy Box Norway, a Stavanger-based consortium of stand up comedians and comedic events featuring acts from Norway and abroad.

I recently caught up with Chi Ton, an Oslo transplant to Stavanger and owner of the Comedy Box Norway, to hear what she had to say about the performance art of stand-up comedy, about breaking into the comedy business and about Norwegian humor.

Generally speaking, would you say Norwegian humor translates cross culturally easier than humor from other regions of the world, such as the UK?

Humor is very subjective and is often related to personal experiences, demographic location and background. In the comedy world, it’s important for the comedians to focus on being able to create a visual picture for the audience and inviting them into the comics' worldview. This element is much more important than being able to translate cross culturally.

Combining work in comedy and the arts is something you’ve been working with for more then the last 5 years. What was your inspiration for starting the Comedy Box? What is your vision for The Comedy Box in the next years?

I worked as a live music producer in the arts industry for many years prior working with comedy and it was actually only by coincidence that I ended up working in comedy. I was first hired on a short-term contract as the Festival Manager for a Norwegian comedy festival. After the contract ended, the comedians inspired and convinced me to start my own business and that's how The Comedy Box was established.

The Comedy Box is an organization that works with and on behalf of our comedians. We focus on showcasing diversity within the art form of comedy as well as building a solid platform for local comedians to grow and develop. We aim to create an artistic and creative comedic community by hosting regular stand up events, festivals and alternative concept productions.

Scandinavian comedians are becoming more and more well-known abroad especially in major cities such as London. One of the most well-known Norwegian comedians in the UK is Daniel Simonsen, from Bergen. He has won several awards and is signed with one of the top management companies in the UK. This is quite a feat for someone who was a virtual unknown some years ago with no network or extensive experience on the live comedy scene.

My experiences working with comedy as an art form have really shown me that nationality and origin matter a lot less than being about to relate to your audience, comedic timing and pure, raw talent.

Let's say one is an aspiring comedian. How can one break into the business here in Norway?

Practice and experience will definitely help you break into the comedy business. There are several open-mic nights and stand up clubs around Norway in cities such as Oslo, Bergen, Stavanger, Trondheim, Bodø and Lofoten. Get in touch with a club in your area and ask the promoter if it's possible to get a 2-3 min spot during one of these nights. That way you can begin to hone your skills and see if this is something you really want to dedicate your time to doing.

In Stavanger, The Comedy Box holds regular open-mic nights, which we call “UnCut – are you a diamond in the rough?”. Here, aspiring comedians can hone their talent while more established ones can try out new material. It's a pretty fun night for the audience too because they get to see a wider range of acts and get to see new material before anyone else.

Another thing one can do to break into the business is attend a comedy course, workshop or school. Most promoters suggest new talents invest in a stand up course to learn the structure of comedy writing, using body language as a means of artistic expression and various other aspects of the art of comedic performance. Additionally, Oslo, Bergen and Stavanger have stand up courses and workshops every year. The comedy schools in Norway offer more of an elementary approach, so it is more like attending a stand up university.

Some people think the comedic arts are “easy” and that just anyone can get up on a stage in front of people and “be funny”. However, the fact is that there is so much more to stand up as an industry and as an art form. Just like not everyone can become a professional singer, the comedic arts require training and practice – even if you have natural, raw talent.

Whitney Love is a cookbook author and blogger. She runs the English- language food blog Thanks For The Food where she documents her love affair with Norway through the lens of traditional and modern Norwegian gastronomy. She hails from Tucson, Arizona and currently lives in Stavanger, Norway. Get a copy of her FREE 20-page eBook The Ultimate Guide to Norwegian Cuisine.