Home › News from Norway › Could Tax-Haven Status Save Northern Norway? 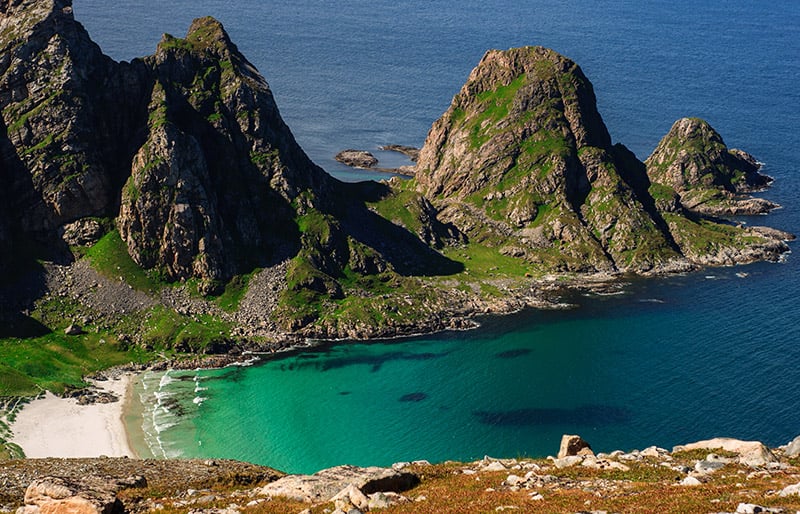 The population of Norway continues to increase, but it's a totally different story in the north. Could tax haven status save the north from serious population and economic decline?

Earlier this year, we wrote about the falling population in northern Norway. New data from Statistics Norway (SSB) shows the problem is getting worse.

For the first time in 12 years, the population is falling in every northern county. The biggest losses were in Nordland, the county home to Bodø, the Lofoten islands and Vesterålen. In Nordland, the population fell at a rate not seen in 20 years. Nordland's County Administrator told NRK the news is “a complete crisis.”

Northern cities such as Narvik and Mo i Rana, which were previously showing signs of growth, have also begun to decline. Not only is the population falling, the remaining population is ageing, amplifying the issues.

Read more: The Population of Norway

Now one northern commentator is highlighting the region's importance to the country. He suggests economic measures must be taken to stem the flow.

In an opinion piece for High North News, editor Arne O. Holm says that the time has come to stop saying it's worrying, rather to start thinking about “drastic measures.”

He says that the country is “totally dependent” on a functioning Northern Norway. The region supplies seafood to large parts to the world, and generates significant export revenues for Norway. There is also the matter of the border with Russia, and increased military exercises in the area.

Holm suggests that the government can use the tax regime to boost the region. Today, residents of Finnmark (Norway's northernmost and easternmost county) and parts of Troms do pay less income tax. But Holm believes this does not go far enough.

He says a discussion should take place about lowering taxes further across Northern Norway. This should apply to the large cities such as Tromsø and Bodø, which are currently excluded from the beneficial tax regime.

“If you want to boost the Norwegian High North economy and secure a geopolitically and economically important population, you have to dare explore targeted tax reductions on income in the Arctic. That could balance out the salary gaps between the North and the South, and  if you use it the right way, it will also secure population growth,” wrote Holm.

Economist Bård Harstad of the University of Oslo told NRK he doesn't disagree that tax cuts could lure people to northern Norway. But he wonders what the purpose is.

He says the potential side effects are not immediately clear, nor is the cost to the rest of society. He also believes that tax cuts would not be as effective as a one-off payment to encourage relocation. “Cutting income tax will only mean that we want people in the north to work long hours. That's what an income tax cut will invite.”