Home › Work in Norway › Coworking in the Mountains of Norway

Coworking across northern Europe is thriving thanks to the likes of Oslo’s MESH, Trondheim's DIGS, Stockholm’s Entrepreneurs Church and newly opened SUP46 and Arctic Startup’s own Minimum Viable Office in Helsinki. Activity and networks cluster around these centres and momentum builds, benefiting everyone.

Everyone that lives in these cities, of course.

In Norway, well over half of the population live in settlements of under 20,000 people, well away from universities, coworking spaces and startup communities. Hearing of a new startup development deep within the Norwegian mountains naturally peaked our interest. 1724 is based in Vang, a small lakeside village in the historic district of Valdres in the very heart of Norway. 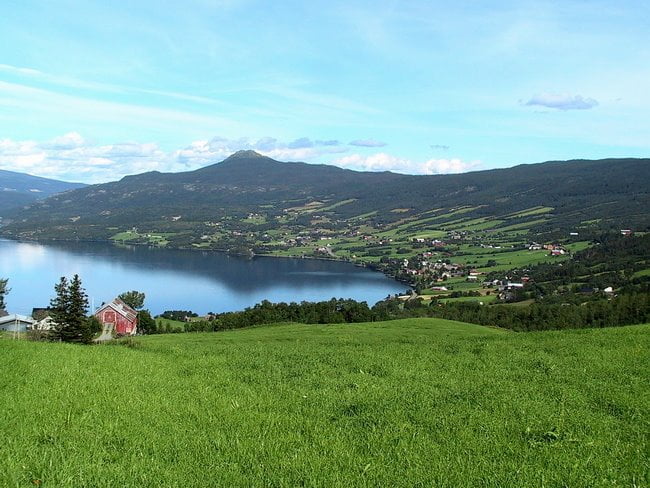 Despite its remote location Vang isn’t the sleepiest of places, thanks to a music festival and a dynamic innovation company that is turning a small village into a really exciting place to live.

The brain behind the project is Eirik Høyme Rogn, a designer from the local area. He started a music festival – Vinjerock – back in 2009 and its success spiralled into an innovation organisation that drives the development of Vang.

The company – with a play-on-words name Innovangsjon – takes inspiration from success stories elsewhere in Norway.

“I used to work in Atelier Ilsvika in Trondheim for a few years, and Erlend Eggen, one of the other co-founders, worked at MESH for some time before moving home to Vang. Our experiences from these coworking spaces was so good that we decided to make our own back home”, says Rogn.

The type of businesses settling in 1724 may surprise you. Along with the office of Innovangsjon and the music festival, there’s the developers of a mobile hiking app (TurApp), a cloud computing company (LeoDesk), and a company offering Ubntu and networking solutions (Fleten).

“We’ve decided to focus on tech and culture based business. The idea is that all the businesses at 1724 has the potential to collaborate on different projects. We’re aiming for the same sort of business in the future. At this point we’re looking for people with design and information architecture expertise.”

“1724 will remain small and focused, but we’re working on some plans to make sure we can offer the businesses who succeed and grow too big for a coworking space other options in the neighbourhood. It takes some extra time to recruit skilled people to a remote place, but once you got them, they won’t leave you! There’s always a skilled developer who dreams of high mountains outside their office door.”

For a concept dreamed up by designers, it’s no surprise the office space is eye-catching, and not just because of the idyllic views across water and mountains. In a move reminiscent of the Moods of Norway clothing stores, 1724 brings the outside in, with tree branches between the desks, antlers on the wall, and a very “natural” bathroom. 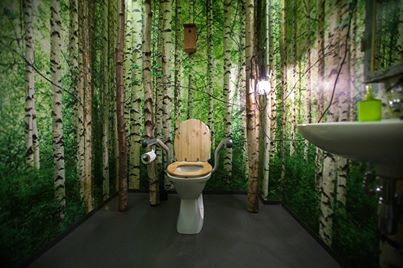 “Our goal was to create a office space that would gain a lot of attention both within and outside our community. The main idea has been to use elements from the good old days in Vang, but in a modern context. I think we’re the first Norwegian co-working space to have gained national media coverage for our interiors. We love it!”

The big question is will these inspiring surroundings lead to inspiring startups? It’s definitely possible. Highsoft, based in the equally idyllic Vik in nearby Sogn district, grew from one person to a company whose Highcharts software is used by over half of the Fortune 100.

Note: this article was written by me but originally appeared on Arctic Startup. 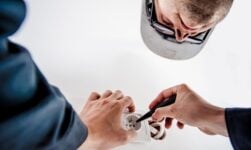