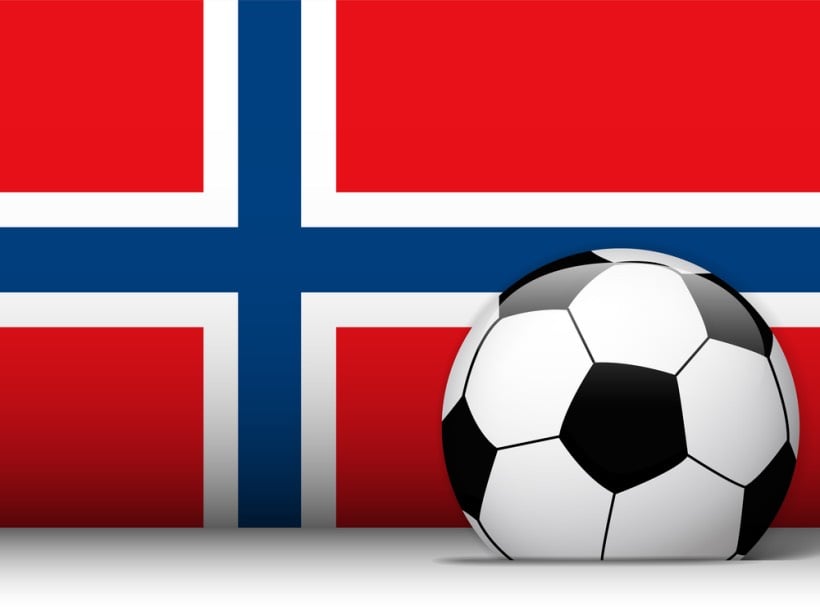 A guide for any football fans interested in taking in some summer football in the land of the midnight sun.

Looking for something different from your football experience? Why not look to Norway…

The Norwegian Premier League, now called Eliteserien, recently rebranded from the Tippeligaen after the Norwegian Football Association decided to drop the sponsor name from the title of the league.

The origin story of the Norwegian league follows much of the same pattern as other leagues around Europe, starting with teams from the same neighbourhoods, workplaces, etc., and then having the league really begin to take form in the post-war period and gaining traction to become what it is today at the beginning of the 1990’s.

The Eliteserien takes place during the spring, summer, and early fall. Believe it or not, it is a bit difficult to play football during wintertime in Norway – outdoors anyways.

This creates an excellent opportunity for football fans that follow teams that play through the winter and have little else to do in-between May-August besides constantly refreshing websites to see the latest transfer and rumours.

How about that Ronaldo move, am I right?

Inside a Norwegian stadium

The majority of Norwegian football stadiums are not the massive coliseums that we see in the top leagues around Europe, but many of them are built in picturesque locations along fjords, in cities, and elsewhere.

For some reason, artificial turf is a big thing in Norway, currently, there are a few major grounds with the abomination covering their pitch – but the league is currently discussing a requirement for all grass pitches for the Eliteserien.

Don’t worry about performing some sort of ritual, booking your trip a decade in advance, or having to have been grandfathered into some sort of club membership, anyone can buy tickets to a football match in Norway.

It’s as easy as buying a ticket online with the option of picking out your seats or going to the stadium to purchase them in person.

Getting to the stadium is pretty easy as well; walk, bike, or hop on public transport (usually a bus). Apart from a few big games each year, don’t expect a lot of noise and excitement on your way to the stadium.

A big topic of discussion in the UK for the past few years, Norwegian stadiums allow for Safe Standing. If you’re interested in checking out what Safe Standings is all about during a summer holiday, Norway has it and some of the clubs have a pretty decent Tifo culture as well.

Where to watch football in Norway

Like many other places around the world, in Norway, your club is the one nearby where you live/grew up. And many stick to their local clubs, perhaps reaching a little further away to follow a top-flight side.

For newcomers to the Eliteserien and for football fans visiting Norway, choosing a team to go and watch will probably depend on the location in Norway they are visiting – and this generally falls into a few specific cities.

The main hub for visitors to Norway, Oslo has a handful of teams in the neighbourhood that you can pop over to for a match.

Having recently found a new home in a brand new stadium, Vålerenga is the only one of these clubs in Oslo proper. Ever a wild card, Vålerenga brings the drama of European football to the pitch and business sides of the sport. Staring down the barrel of bankruptcy in the early 2000’s, the club was able to fight its way back and maintain itself in the top flight.

Some seasons see the Oslo club eyeing the prize; others are fights to stay alive.

Just outside of Oslo in the suburb of Bærum, Stabæk made the list for any Americans reading the article. Up until a few years ago, Stabæk was managed (coached) by one of your very own: Bob Bradley.

Stabæk has some success in their stint in the Eliteserien, having won a title most recently in 2008. Though their time at the top as fluctuated drastically – much like their local rival Vålerenga – some seasons end towards the top of the table, and some are desperate attempts to avoid relegation.

Also not in Oslo but close enough, Lillestrøm is another great option for visiting football fans.

Lillestrøm is one of the most supported clubs in Norway, and has the second biggest fan-club in Norway, as the official fan-club, Kanarifansen (The Canary Fans – because of the yellow colours of the club), has more than 5,000 members, publishes its own magazines and has its own collection of clothing.

Lillestrøm boasts a hat full of league titles, although none of them have come in this century. The most recent was a league title in 1989. 2017 saw the club win the Norwegian cup, however. But good news for fans of consistency: the club holds the Norwegian record for the most consecutive years without being relegated.

Being the only top-flight football club in the area, Brann is a big deal in Bergen. The club is practically a religion for football fans in the far-flung fjord on the west coast. Despite winning the league most recently in 2007, and that for the first time in decades, Brann always attracts passionate fans and media attention. They’ve come back to the Eliteserien with a vengeance after a season spent in the lower division, currently sitting a few points ahead in first place.

Brann is another club that is unpredictable with their finishes in the table; with final minute battles for the top spots, mid-table finishes, or battling away from the relegation zone.

Brann sits at the top of the table currently, and are many people’s favourites to take the title in 2018.

For the glory hunters, Rosenborg (RBK) is perhaps Norway’s biggest and most renowned football club, they been a driving force in the Norwegian League over the last few decades after dominating in the 1990’s and early 2000’s and have featured in both Champions League and Europa League competitions (plus a bunch of the other cup competitions that no longer exist today).

The most notable run led them to the quarterfinals, beating AC Milan to get there. Up until 2008, RBK held the record for most consecutive qualifications for the Champions League, until Manchester United upped the tally by one. If you choose RBK as your Norwegian team, never stop talking about how they beat Real Madrid on a freezing cold night in Trondheim.

Although not a big club, Ranheim is a recently promoted side that has found extraordinary success in their first season in the top-flight for nigh on half a century.

Located just outside of Trondheim, Ranheim is very much a local supporters club. They are very community and family oriented. The ticket prices are a bit cheaper than RBK, but make sure to book them in advance as seats have been hard to come by recently!

The matches between Ranheim and Rosenborg can be called a derby, but the clubs consider themselves to be brothers, so there is little animosity on the pitch and in the stands when the two clubs meet.

Tromsø is the world’s northernmost top-flight football club in the world.

Pretty much a constant in the top flight, Tromsø has only been relegated a few times – and have won immediately won promotion the season after.

The club has also featured in the group stage of the Europa League one time, after a disqualification from Turkish side Beşiktaş.

Molde has one of the most beautiful locations for a stadium in all of Norway and a football legend at their helm – Ole Gunnar Solskjær.

Constantly battling for the top of the table, Molde is a pretty good choice of club to support for those looking to have some hope for a title.

The rivalry between Molde and Rosenborg is a heated one, and it leads to some of the most exciting fan atmospheres in Norway when the two clubs face each other.

Both games will see an impressive away support section – something not often found in the Norwegian league.

Start made the list for their location, in the southern, summer town of Kristiansand – a popular tourist destination for Norwegians and visitors alike.

Once again promoted to the Eliteserien after coming back from relegation, during which they had the longest run without winning a single game across any top division in Europe.

The downsides of watching football in Norway

How Norway became the happiest country in the world without being able to enjoy a pint at the stadium is a question that eludes academics, scientists, and spiritual advisors to this day.

That being said, there are plenty of pubs in and around stadiums in Norway that offer some pre-game enjoyment.

If you’re planning on attending an away match your chosen team, don’t expect a rowdy atmosphere from any of the fans in the away supporters section.

Norway is a pretty big country, with the teams being really spread out for the most part (it would take pretty much a full day of travel to head to Tromsø if you’re a fan of any other team) and because of all the fjords and mountains and whatever it can take a long time to travel even shorter distances by car, bus, or train.

While in Norway, anytime you overhear anyone mention football, whenever you see a football, whenever you watch a match of any league/division/country, when reciting your wedding vows to your Norwegian partner – do not forget to mention the time that Norway beat Brazil 2-1 during the group stage of the 1998 World Cup. 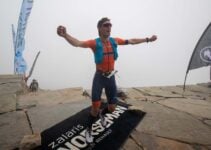 1 thought on “Take a Football Trip to Norway”