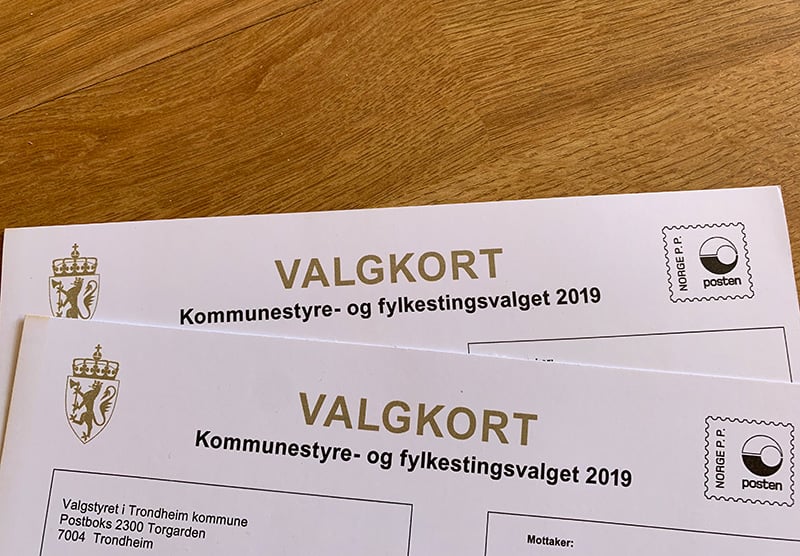 Many foreign residents are eligible to vote in Norway's upcoming local elections, regardless of your citizenship. Here's how voting works.

On 9 September 2019, Norway's population goes to the polls to elect its representatives at municipal and county level. As in many countries, these local elections are seen as an important barometer on national issues just as much as local politics.

Unlike national elections, many foreigners have the right to vote in Norway's municipal and county elections. So if you've received a valgkort but have no idea what's going on, read on!

Who has the right to vote in Norway?

Everyone who is entitled to vote will receive a voting card (valgkort) in the post. This card contains details about the location of the election, and other information. I received mine last week, but different counties may have different timelines.

Everyone entitled to vote should receive a voting card. There is no separate registration process like in the UK and some other countries. If you have not received one by 12 August, you can check your eligibility to vote with your home municipality.

You do not need the card to vote – although it does speed up the process. You will need photo ID.

How and where to vote in the local elections

Although election day is 9 September 2019, it's possible to vote in advance if it better suits your schedule.

For example, on election day there will be a voting station in my local community centre. But if I want to vote in advance, I will need to go to Trondheim central library or the town hall in Klæbu.

Also, all Norwegian municipalities are required by law to allow voting in advance at health and social welfare institutions. For those with special requirements, it's possible to vote from home by prior arrangement.

I should also quickly point out that although I'm referring to municipal and county elections, things are a little different in Oslo. Because of the unique administrative status of the capital, there are city council elections and district elections there. 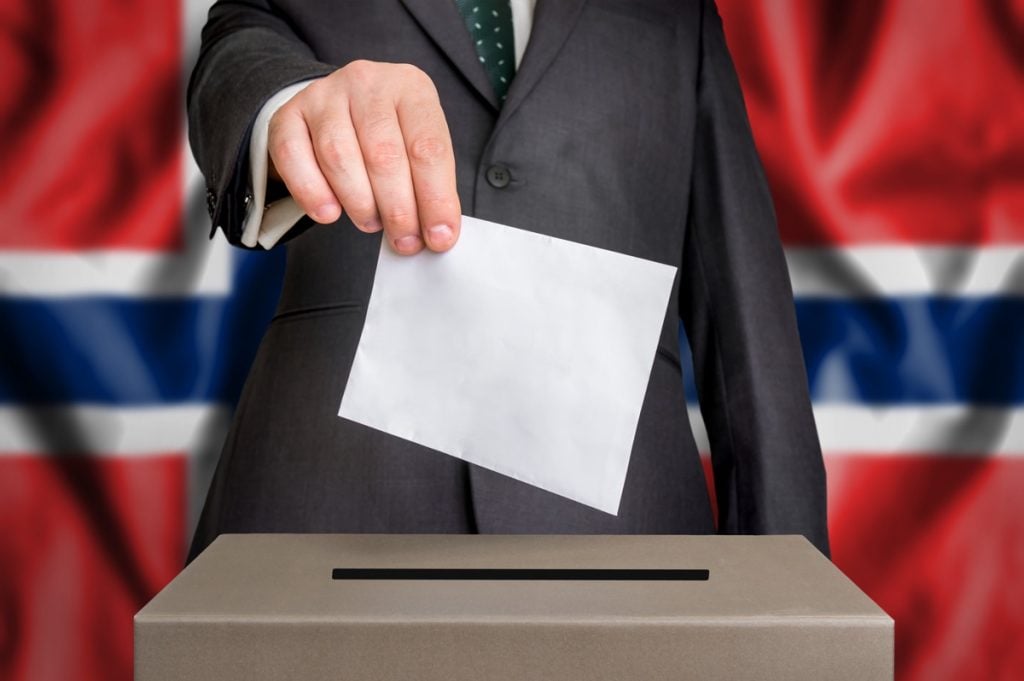 Voting in Norway can be more complicated than you might be used to! It's certainly more flexible. In the UK, I was used to receiving a simple ballot paper with a list of names. I'd simply mark which person/party I wanted to vote for. Job done.

But in Norway, the electoral system is geared more towards proportional representation than single member constituencies, so the ballot paper looks a little different. First things first, there's not just one ballot paper!

When you enter the ballot booth, you'll be faced with a dazzling array of ballot papers! There will be one set of papers for the local election and one for the county election, identified by colour. Each set will contain a ballot paper for each party.

If you want to vote for a specific party, you simply take the ballot paper of that party. You don't need to do anything else. However, Norwegian elections allow you to give some of your vote ‘power' to specific candidates only, and even to candidates from other parties.

To give a personal vote to specific candidates on the party list, you place a mark in the box next to their name(s). For the local election, it's also possible to add candidates from other party lists. To do this, you write the name of the candidate(s) in the specified place on the ballot paper. If you do this, a proportion of your vote will then be transferred from the party ballot paper to that specific candidate.

Once you've made your decision, you fold the ballot paper. From the outside the ballots all look identical so there's no way to identify the party ballot you have selected. You'll then be required to show photo ID to confirm your right to vote, before placing your ballot papers in the ballot box.

10 thoughts on “How To Vote In Norway’s Local Elections”