Skip to content
Home » Explore Norway » Trondheim » Events in Trondheim: What’s On In 2020 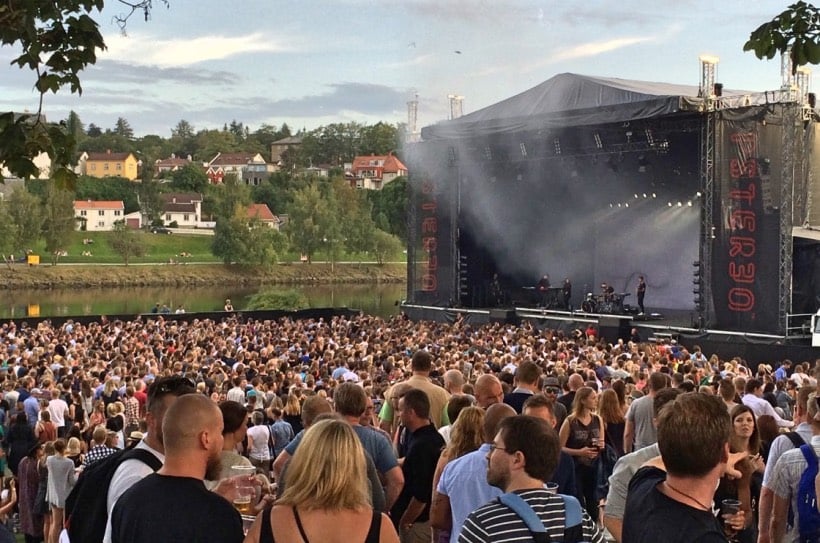 What's on in Trondheim: Updated for 2020, here's your list of all the big festivals and events to look forward to over the coming year.

Planning a trip to Norway in 2020? If you're passing through central Norway on your travels, then why not time your visit to coincide with a special event? Trondheim is Norway's third biggest city and there's plenty of festivals and other cultural events held throughout the year.

We keep our eyes on the major concerts, festivals and other big events in Trondheim so you don’t have to! Whether you're a resident of Trondheim or planning to visit, check out this guide to make the most of your time. Also, don't forget to check out our city guide.

21 – 26 January: If you believe that a lot of great cinema is made by unknown filmmakers trying to gain a foothold in the industry without financial backing, this is the event for you. Norwegian, Nordic and international films of no more than 30 minutes compete for prizes. This year is the 32nd edition of the event and features more than 230 short films.

30 January – 1 February: One of Norway's best showcases for unsigned talent, Trondheim Calling returns to the city once again. Many local bands feature across multiple stages at this three-day festival. Festival passes and day passes are available rather than entry to individual events. By day, a music industry conference takes place.

25 March: Technoport's flagship 2020 innovation event brings together 1,000 of the brightest minds from across the Nordic region to explore cutting-edge technologies and how best to bring them from research lab to commercial market. The theme for this year's event is deep tech and climate resilience. Specific topics for discussion include cities & infrastructure, resources, human condition, and security.

22 – 26 April: Local heroes, top Norwegian names and international stars come together for Trondheim’s annual blues festival. This laidback yet popular festival is held mostly at the Radisson Blu Royal Garden Hotel in the centre of the city. Names on the schedule for 2020 include Nidaros Blueskompani, Jolly Jumper & Big Moe, Dana Gillespie, and Jan Arild Sørnes.

2 – 8 March: Established in 2004, Kosmorama is Trondheim’s very own film festival. It aims to strengthen the film industry in central Norway and contribute to innovation at the intersection of culture and commerce. Kosmorama means a perspective representation of the world’s sights.

6 – 10 May: Built around the exciting jazz scene in the city and the world-renowned jazz course at NTNU, Trondheim Jazz Festival features mainly contemporary and exiting Scandinavian and European jazz acts, along with a series of popular lectures. The 2020 line-up will be announced soon.

6 June: A celebration of music with free concerts taking place on various stages across the city. The event also takes place in several other Norwegian cities on the same day.

TBC: A free family-friendly festival featuring the best of central Norway's underground music scene across two stages in a fantastic location. There is no information yet on plans for Ladehammer Festival in 2020, so watch this space.

4 – 10 July: Choirs from all over the world meet in Trondheim to take part in singing workshops, followed by live performances across central Norway. Singers and choirs of all ages are welcome to participate, and applications are open now. For more details on the application process, see the Coralua website.

28 July – 3 August: More than one thousand years since the Viking king Olav Tryggvason sailed up the Trondheim fjord and decided to found his new city here, an annual festival is held in his name.

The festival attracts thousands of visitors to the city with a diverse range of events throughout the week, although the highlight for the most is the medieval market in the grounds of Nidaros cathedral. Headline concerts announced so far include Aurora and YUSUF/CAT STEVENS.

30 July – 1 August: Timed to coincide with St. Olav’s Festival, this celebration of local food transforms the centre of Trondheim into one big diner. More than 80 exhibitors from across central Norway show off the best local food the region has to offer.

21 – 22 August: A three-day showcase of new music with some established names thrown in too, Pstereo takes place by the river in the shadow of Nidaros Cathedral. The festival usually sells out in advance, with individual day tickets available for a little longer. Although some of the line-up has been announced, this year's headliners are yet to be revealed.

3 – 6 September: A blues festival held over four stages at the Scandic Hotel in the village of Hell, a short walk from Trondheim Værnes Airport. The main stage is the spectacular Magic Mirror tent that travels all the way from Belgium every year.

September TBC: Central Norway's biggest LGBT+ event takes place over a week and a half in every autumn. Lectures, debates and exhibitions run through the course of the festival, which culminates in a colourful parade though the city streets on the final weekend. Dates for the 2020 event are yet to be confirmed.

21 – 27 September: Since its establishment in 1996, the Trondheim Chamber Music Festival has aimed to find a balance between being innovative, audience friendly and presenting a program of high quality. It is now firmly established on the Trondheim festival scene. 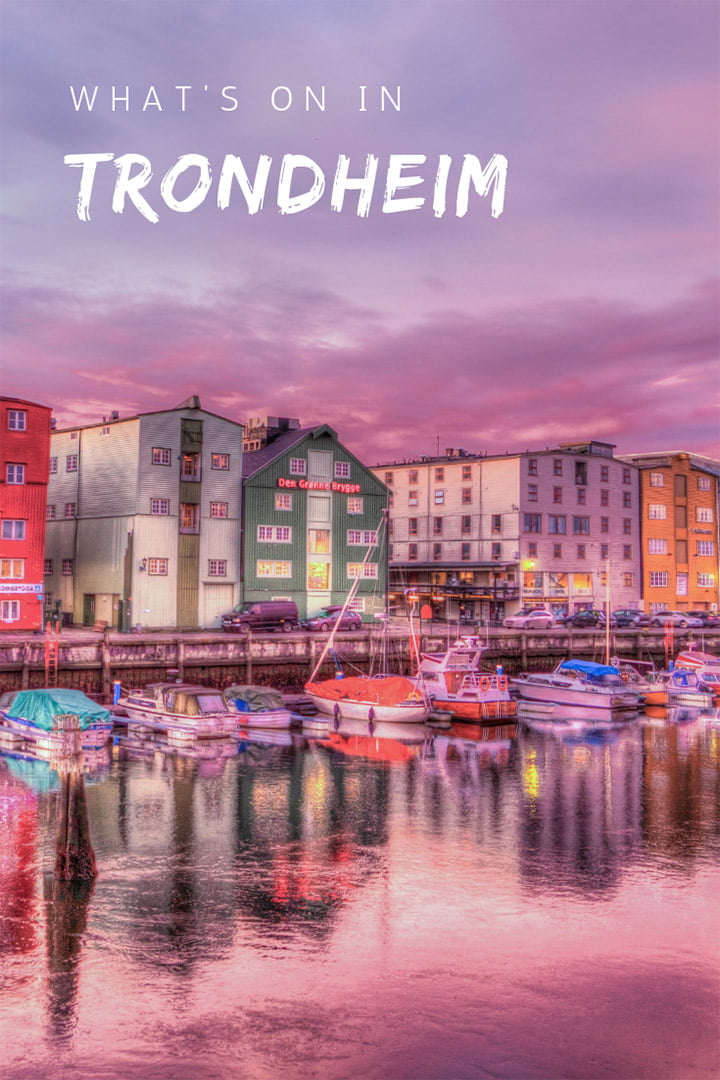 Woah. Quite a year ahead! Did I miss anything? Contact me.