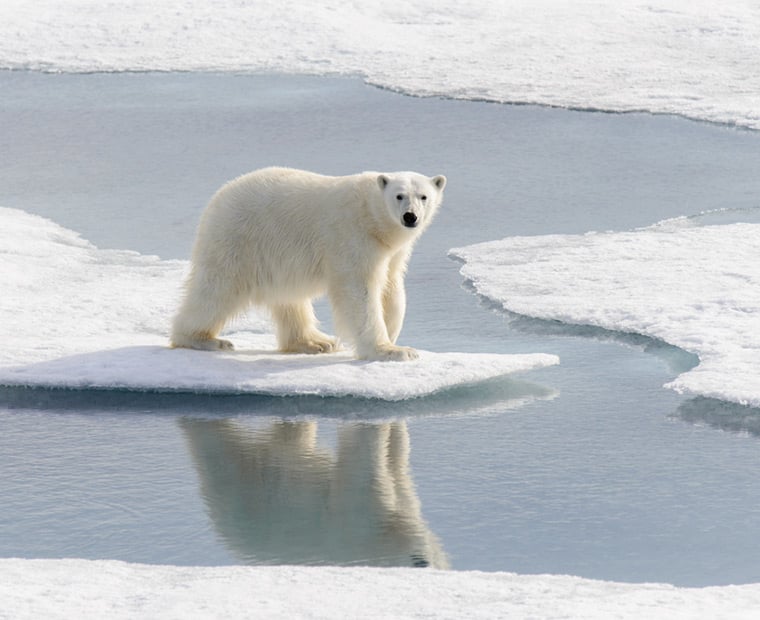 A Dutch national has died after he was attacked by a polar bear at a campsite by Longyearbyen Airport in Svalbard. The polar bear was shot during the attack and later found dead.

Sad news from Svalbard today. Following several polar bear sightings near Longyearbyen in the last week, a man was attacked and killed in the early hours on Friday morning. The incident occurred at a campsite close to Longyearbyen airport. The Governor of Svalbard was notified of the incident at around 3.50am.

“A person at the campsite was injured after being attacked by a polar bear. We were also told that shots had been fired at the polar bear, but the location of the bear was unknown,” said assistant governor Sølvi Elvedahl.

Following the incident, a patrol from the Governor was sent out. They found the bear dead in the nearby airport's car park. The man who was attacked was sent to hospital, but was confirmed dead by a doctor.

No-one else was physically injured by the polar bear. However, six other people from the campsite were taken to the hospital and are being looked after by health personnel and a local crisis team. Only one of the group was Norwegian.

“Sad and tragic in every way”

The Governor has launched an investigation. Longyearbyen Camping has been blocked off to allow the investigation to take place. Experienced foreign tour guides had been among those staying at the campsite.

It took a while for the deceased man to be identified, as shown by the initial statement from the Governor's office: “We are working to identify the person. Six people were there. The whole incident is now being investigated,” said Terje Carlsen, communications manager at the Governor, to Svalbardposten, adding, “this is sad and tragic in every way.”

Local Council leader Arild Olsen told Svalbardposten that the incident has affected the whole town. “We now work first and foremost to take care of those who were closest to the incident and assist as best we can,” he said.

Among other things, the Governor's incident will focus on whether the correct procedures were followed. Polar bears are a danger to humans on Svalbard. While it is mandatory to carry a gun outside the settlements, it is not permitted to shoot a polar bear except as an absolute last resort. Warning shots should be fired first.

There had been recent sightings of two polar bears in and around Longyearbyen. It's not yet known if the bear was one of the two that was chased away from the town earlier in the week.

Polar bear researcher Jon Aars at the Norwegian Polar Institute told NRK that it is possible that it is one of these bears that has returned to the settlement: “but we currently know very little about the polar bear that attacked.”

The incident is also part of a much longer-term trend of increased activity from polar bears in and around the town. A drastic decrease in sea ice around Svalbard has left some polar bears desperate for food. Aars also said that's the most likely reason for the attack.

“At this time of year, polar bears have extra challenges in obtaining food. It has been a long time since there has been ice in the main hunting area, so there is less access to seals. So, the polar bear spends more time on land to find alternative food.”

He adds that although humans can be prey for polar bears, we are far from “top of the wish list.”