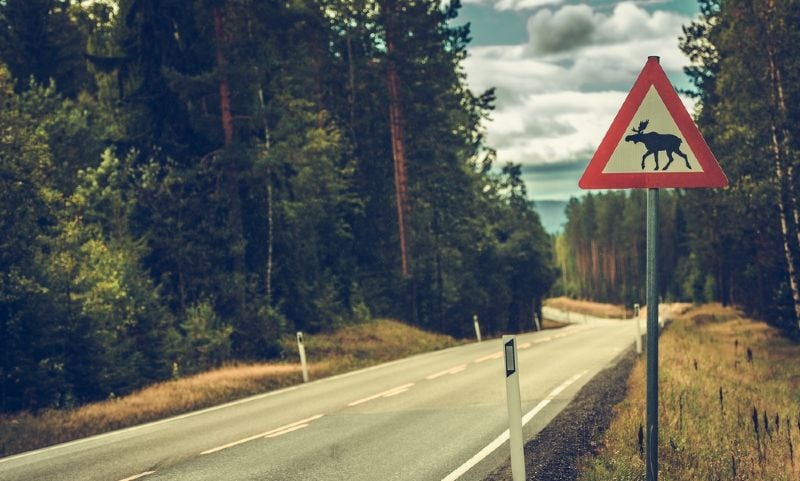 Wild moose can be a danger to drivers and hikers in Norway. Here's how to stay safe and protect these iconic animals.

The moose is one of Norway's most famous animals, second possibly only to the troll. The moose population has increased dramatically since the 1970s, with an estimated 30,000-40,000 moose born each year.

Such high numbers make it very likely that you will encounter a moose in Norway, be it if you're driving along a Norwegian road or hiking in a forest, or even if you're minding your own business in your garden.

While moose are generally docile, solitary creatures, if they are stressed, startled or have babies with them, they can quickly become danger-moose (if you'll pardon the pun). Here's a quick rundown on moose safety in Norway!

Have I Got Moose For You

Between 2015 and 2019, a fierce battle was waged between the Canadian town of Moose Jaw and the Norwegian town of Stor-Elvdal in order to settle a matter of both national pride and international significance: whose moose statue was the biggest?

Until October 2015, Mac the Moose had been the largest moose statue in the world, standing at a formidable 9.8 metres (32.2 feet). But when Storelgen (The Big Elk) was finished, it was a whopping fifty centimetres taller than Mac, at 10.3 metres (33.7 feet).

The Canadians responded to this clear act of aggression by raising money to give Mac new antlers, which were installed in 2019. These antlers gave Mac a new height of 10.34 metres (33.9 feet), allowing him to reclaim the title of The Largest Moose Statue in the World. 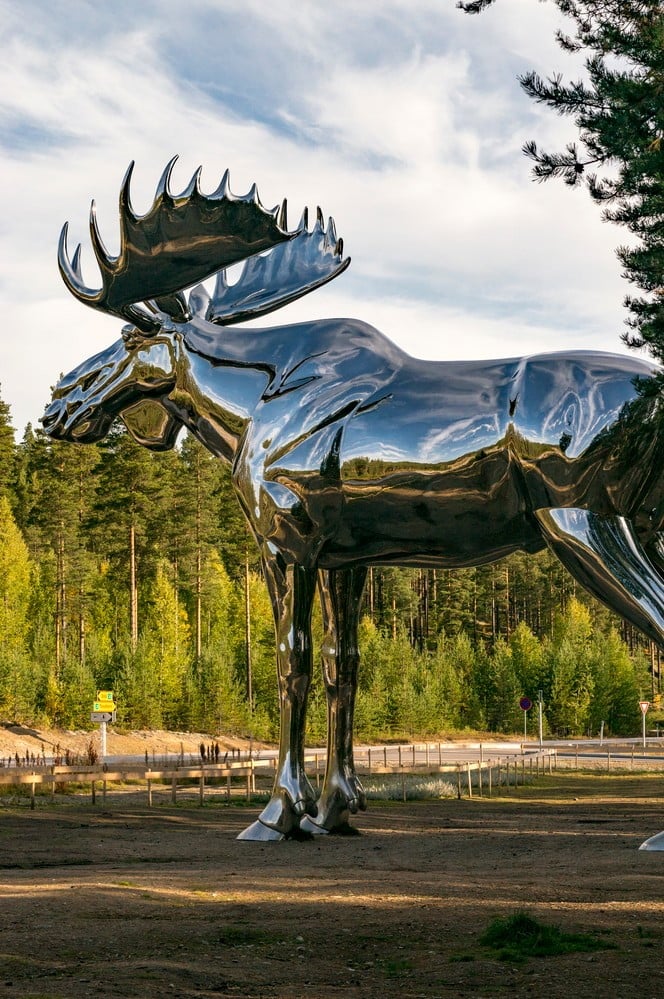 For a while, Norway considered building another moose statue that would be almost double Mac's height and in solid gold, just to really make a point. Ultimately however, they conceded the title to Canada, bringing an end to The Great Moose Wars.

A moose's antlers can stretch to almost 2 metres (6.5 feet) in width. Their long legs and powerful bodies are perfect for ploughing through snow, but it's also their sheer size that makes them so dangerous.

According to hjortevilt.no, moose are cud-chewing animals (like cows and sheep), and therefore are more active in summer than winter, as they need to eat as much as they can before the entire country is covered in a thick layer of snow for the winter.

However, due to the lack of food, moose can get a little hangry in the winter (understandably so) and are therefore more likely to react poorly to humans. In addition, moose, and other animals, are more likely to walk in the road in winter as it's easier than walking in the snow and to eat the salt spread across the surface to prevent ice forming.

Autumn is the hunting season for moose, which can cause them to move around more. In addition, between September and October is the traditional breeding time for moose, and male moose will travel long distances in order to find as many female moose as they can in this time period.

The calves are then typically born between May and June in the following year. Female moose will then give birth to one calf at a time, but twins are possible. This means that in the spring, you're far more likely to meet a young moose and therefore need to be extra cautious, as mothers are fiercely protective and will undoubtedly be nearby. 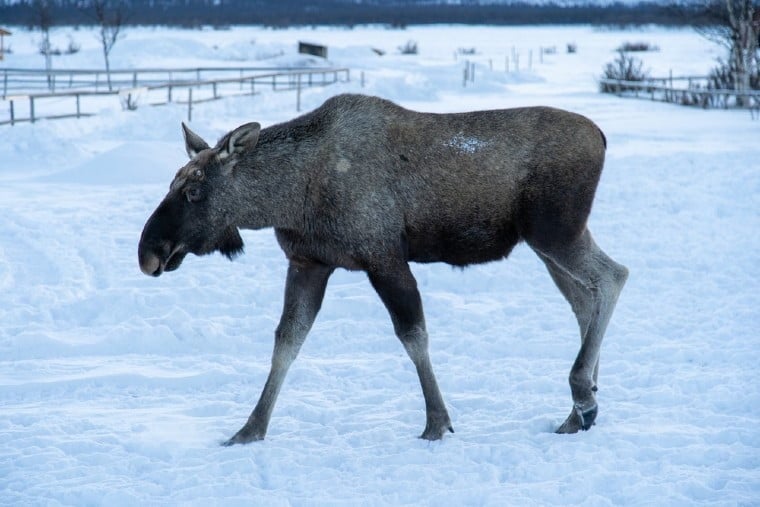 Moose are most active at dawn and twilight. However, no matter the season or the time of day, there is always a chance that you will encounter a moose, so it is best to always be alert.

If you see a moose when walking

If you encounter a moose when you're out walking, the best thing to do is to leave it alone and not go anywhere near it. However, if the moose notices you or if you don't see it in time, then you need to tread carefully – literally. Back away slowly but steadily.

You can often tell from a moose's body language whether they're going to attack you or not. If they lower their head, put their ears back and the hairs on the back of their neck bristle, you need to be prepared to get out of the way very quickly.

If the moose charges and you are unable to get to safety in time, climb or hide behind a tree. Do not lie down, as moose lash out with their front hooves when they attack, and you're only putting yourself at risk of being trampled.

If you see a moose when driving

When it comes to driving, the main danger when it comes to moose is that they will suddenly run into the road in front of you, giving you little to no time to react. If you see a sign that there are moose in the area (a red triangle with a black moose in it), take it seriously. 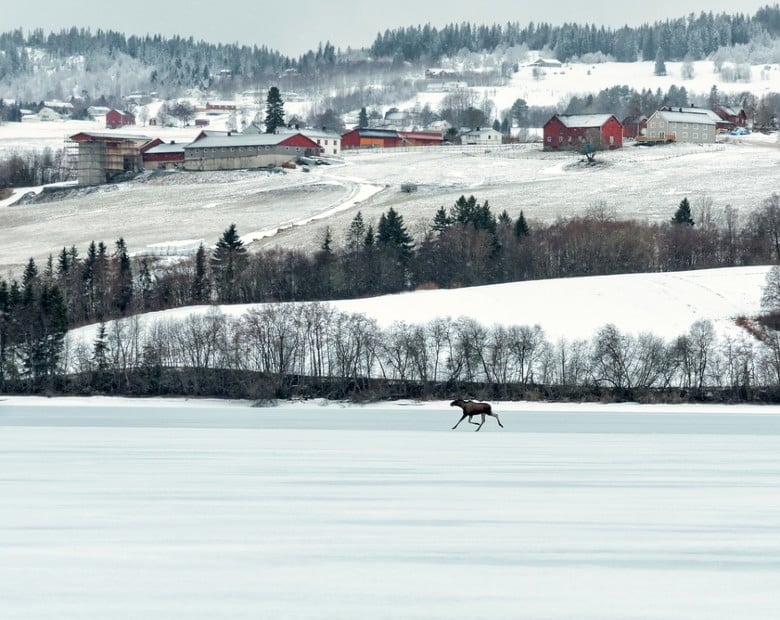 Keep an eye on both sides of the road. Lower your speed, as this will increase your reaction time and lessen the force of any possible impact. Some municipalities have introduced digital moose signs, which will flash if a moose has been seen in the area, signalling drivers to take extra care. However, if the signs are not flashing, it does not mean there are no moose in the area – just that they have not been seen. Stay alert.

If you see a moose in the road in front of you, slow down or stop and wait for the moose to get off the road itself. Do not follow it closely, as this can stress the animal. In addition, be aware that if you've seen one moose, don't think you're in the clear – another could easily follow, particularly if it's a mother and baby.

If a collision is inevitable, aim for the moose's rear. Moose mainly steer with their front legs, and if you hit the back legs, it's more likely to send it spinning away from your car. However, if you hit the moose directly, there's a high chance that it will fall onto the car and – due to its sheer weight – fall through the windscreen, potentially crushing the people inside.

According to the NAF (the Norwegian Automobile Federation), if you do hit any animal on Norwegian roads, you should:

As with most things in nature, as long as you respect the moose and act sensibly, there's no reason for you to be in particular danger. If you came to Norway hoping to a see a moose, there are plenty of safe ways you can do that with minimal risk to either you or the moose. 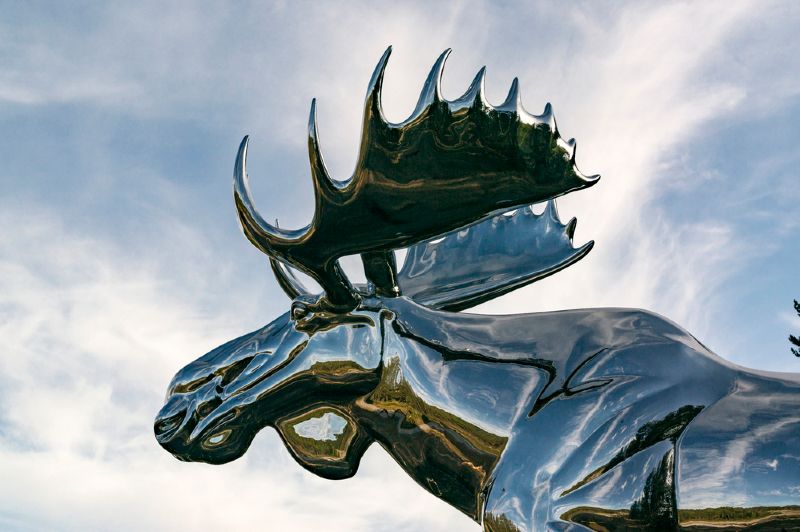 For example, Elgtårnet (The Moose Tower) in Espedalen Municipality is a 12-metre high observation tower with amazing views of the surrounding forest and Ramstjern lake. It's also possible to spend the night, as Elgtårnet has three double bunk beds on its second floor, giving you ample opportunity to see moose in their natural habitat.

However, if you're looking for something a bit closer to the ground, animal parks like Elgtun in Aust-Auger Municipality and Bjørneparken in Viken Municipality are the perfect place for an up close and personal encounter with a moose.

Have you ever had an encounter with a moose? Would you want to see a moose in Norway? Let us know in the comments! 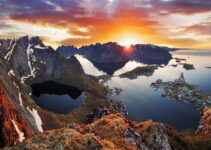 6 thoughts on “Moose Safety in Norway”