It comes as a surprise to many who know of Norway as just Oslo, Bergen and the fjords that the country has a 197.7km-long land border with Russia.

Northern Norway is vast. Distances on a flat map don't do this area justice. The Norway-Russia border is worlds apart from the buzzing Norwegian capital of Oslo.

Despite the lengthy border, there is only one border crossing at Storskog in Norway and Borisoglebsky (Boris Gleb) in Russia on the E105 highway, the northernmost road border crossing in Europe.

Much of the rest of the border is marked by a river and cuts through dense forest. Distinctive posts placed a few metres apart define the border.

They are coloured bright yellow on the Norway side, and red-green striped on the Russian side. Even taking a couple of steps to encircle the posts is illegal and can land you in hot water.

All traffic crossing the border must do so at the Storskog border crossing point on the E105. Crossing have increased in recent years as Russians flock to Kirkenes for business, work and shopping opportunities, meaning queues are common.

Such is the Russian presence in Kirkenes, that some call it a Russian village in Norway. Many road signs are bilingual and it is common to hear Russian spoken on the streets and in shops.

As Kirkenes is also the end point for the Hurtigruten coastal voyage, international tourists are a common sight too, making this small town of just a few thousand people a fascinating place to visit. The border crossing itself is less than 10 miles to the south-east of Kirkenes.

In September 2017, a new tunnel and bridge opened on the Norway side of the border, completing the improvements to the E105 highway that crosses the border. The driving time between Kirkenes and Murmansk, the regional capital on the Russian side, is about three hours unless there are delays at the border. This video shows part of the bridge being moved into place:

The opening of the bridge and tunnel was marked by a ceremony attended by politicans and religious leaders. “We have a mutual interest in further developing cooperation, for business, trade, education, environment and other areas,” Minister Ketil Solvik-Olsen said in his speech at the opening ceremony, according to the Independent Barents Observer.

In 2015, stories emerged in global media about the increased number of asylum seekers entering Norway at the Storskog border crossing station on bicycles.

Russia bans foot traffic across the border and Norway fines drivers for carrying migrants across, so those making the journey from Russia to Norway have to use a bicycle, which is typically then abandoned.

“Some are fleeing the violence of Syria, Afghanistan and Iraq. Others — joblessness and oppression elsewhere. Yet all are part a growing wave of refugees from the Middle East who have obtained Russian visas as a transit path to Norway. As word of the Arctic Route to Europe has spread on social media, Norwegian officials are increasingly expressing alarm over the influx of migrants who see Russia's remote border with Norway as a safer and cheaper alternative to leaky boats on the Mediterranean” – PRI 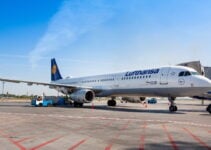 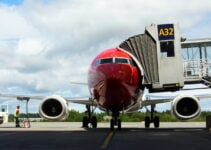 4 thoughts on “The Norway-Russia Border”