This morning, Oslo awoke to a new reality.

I can't be the only one who was awoken at 4am by a massive thunderstorm, thinking another bomb had gone off. When I eventually gave up getting back to sleep at 6am, the full horror of yesterday's events became clear. The death toll on Utøya had rocketed to more than 80. As devastating as the bombing in Oslo was, it was clearly just a distraction to give the gunman all that time on Utøya. What a clever, sick bastard.

Here's today's editions of some of the biggest Norwegian newspapers. You don't need to understand Norsk to get the gist of the sheer horror and disbelief expressed on these pages. 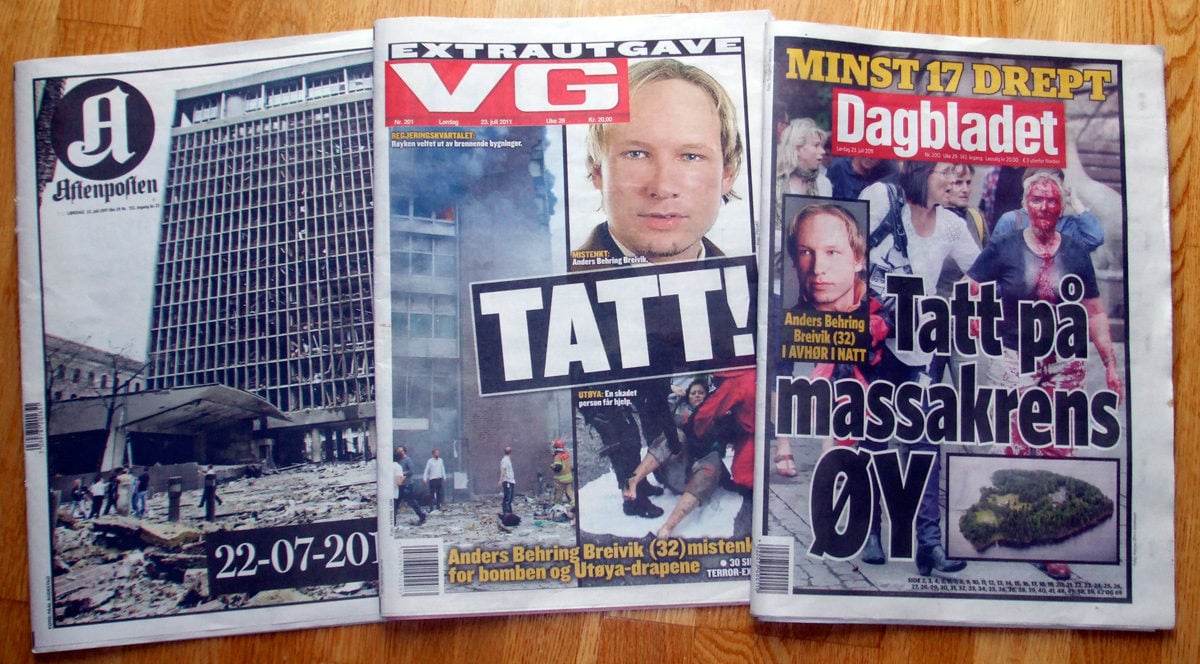 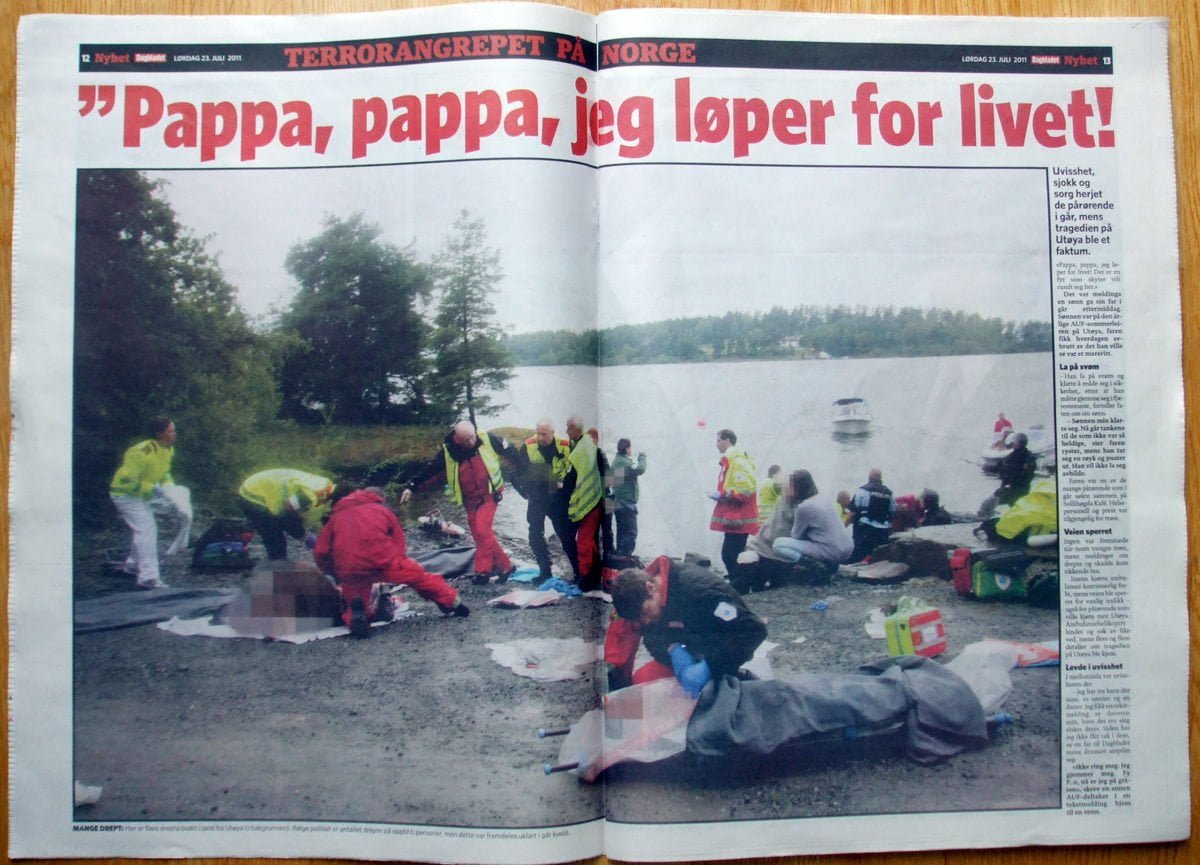 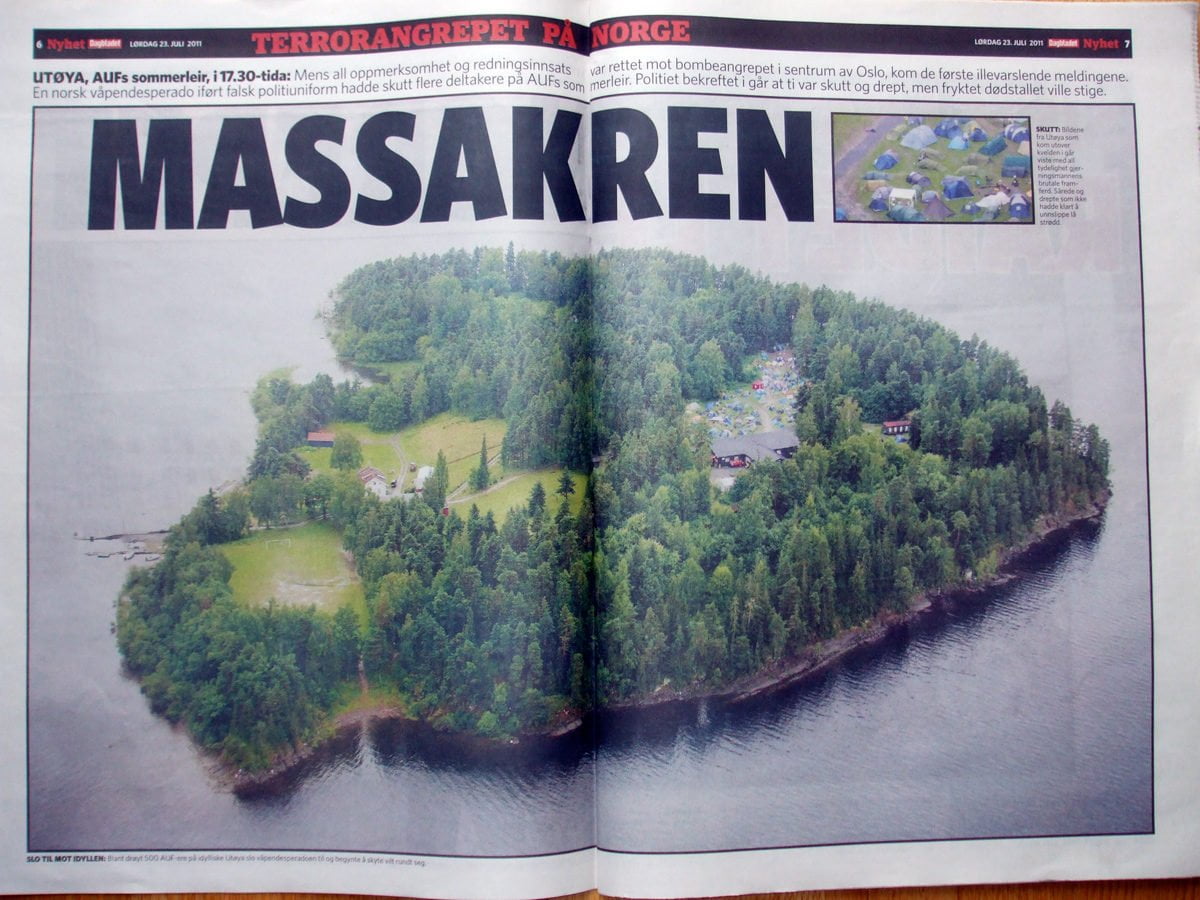 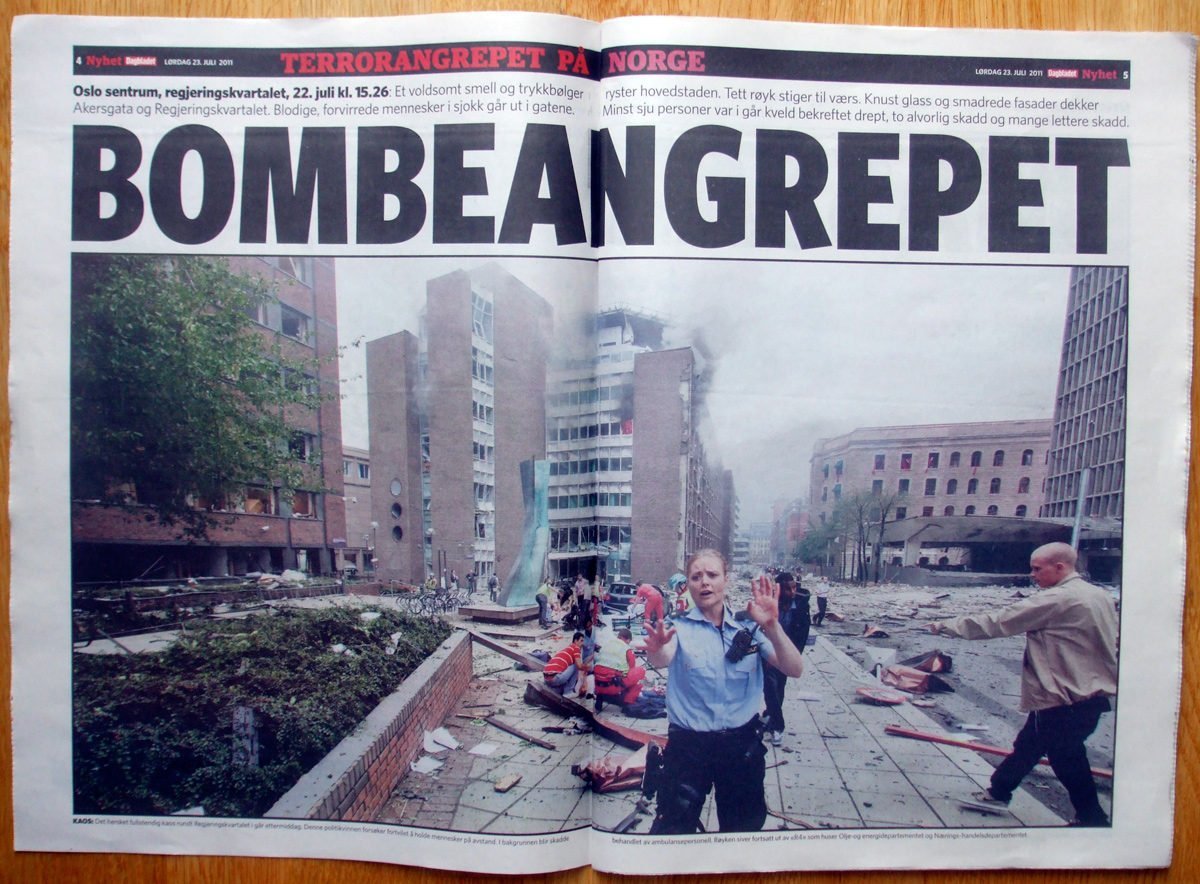 Last night I lit some candles on the balcony and wrote about my experience, thoughts and feelings about the day's events. My blog post received hundreds of views, it was seemingly bounced around the internet via people's Facebook profiles. I received emails from strangers in both Norway and the UK thanking me for writing so frankly and giving my take on things.

This morning I was still devastated that I couldn't do anything, I felt so helpless being so close, yet so far from the tragedy. So following these emails, I decided to ignore the warnings from the British Embassy and go downtown. I thought if there's one thing I could do, it's write another blog post to show the world how Oslo is recovering.

A big area around the bomb site remains closed off. For those who know Oslo, this includes the whole of Youngstorget, the civic area around Grubbegata, Fredensborgveien, and Akersgata leading up towards St. Hanshaugen. The perimeter is guarded by armed soldiers, quite an intimidating site for such a normally relaxed city. The country's Parliament building, Stortinget, was sealed off, while armed guards were also patrolling the City Hall. 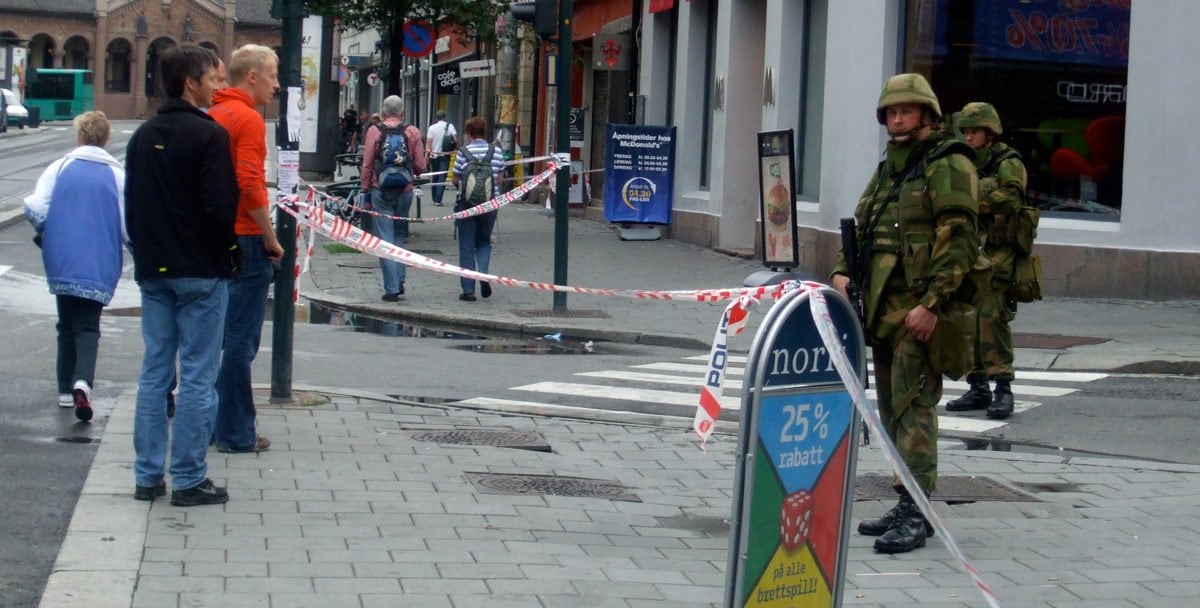 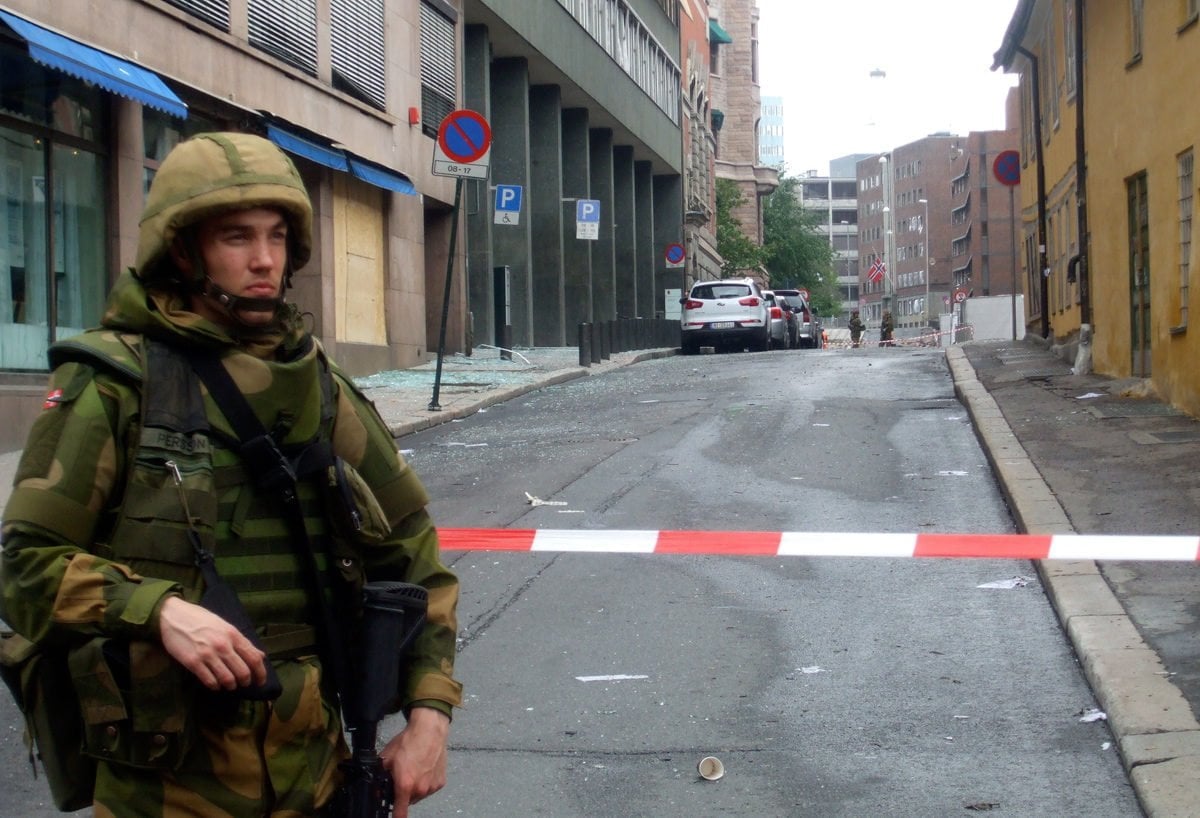 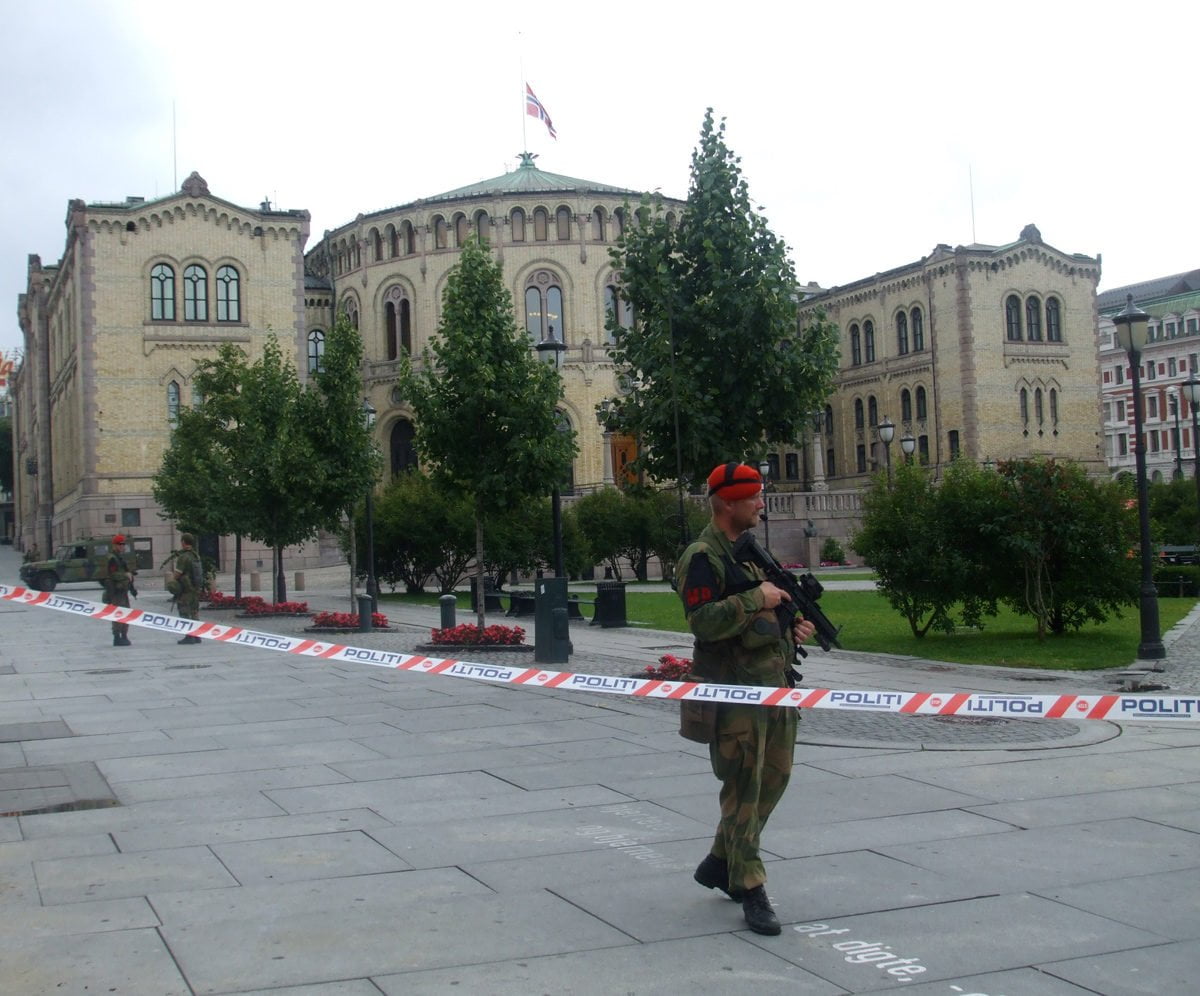 I wasn't the only person out for a wander. Defiant Norwegians, baffled tourists and the world's media made for a truly bizarre atmosphere in the city. Some shops were closed, but many threw open their doors, in particular cafes, bars and other meeting places – allowing people to chat, cry, light candles, or just be amongst friends. Despite all this activity, it was quiet. There was no laughing, no shouting, no raised voices, just grief and quiet reflection.

I was interviewed by a Finnish radio station, asked about where I was when the bomb went off, how safe I felt and what my thoughts were on the perpetrator being Norwegian. I told her that prior to yesterday I'd felt I was living in the safest city in the world. I also said it was nice to see so many Norwegians out on the streets, showing they will not be beaten by fear.

The strength of the blast became clear when I walked further into the city and saw the number of broken windows, some well outside the cordon and over 500 metres away from the blast. Having seen this, I feel lucky not to have been personally affected, living within 300 metres of the blast. 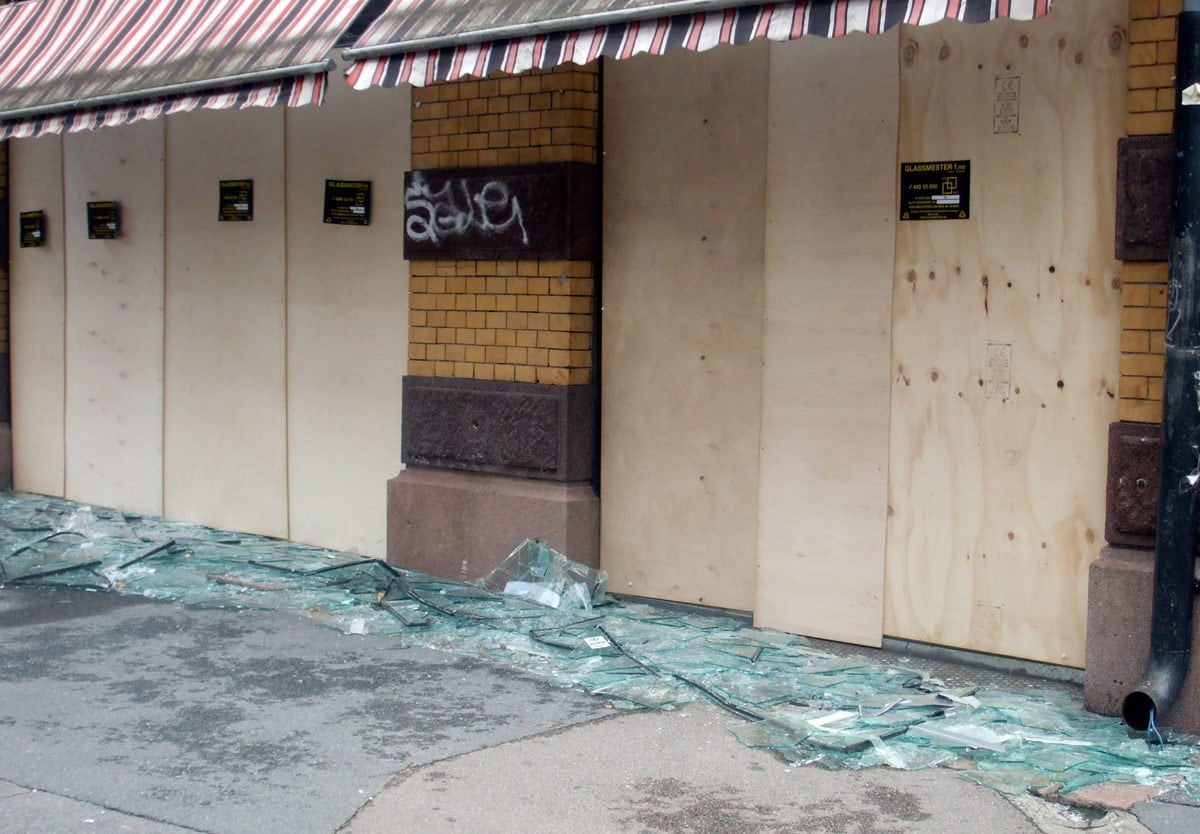 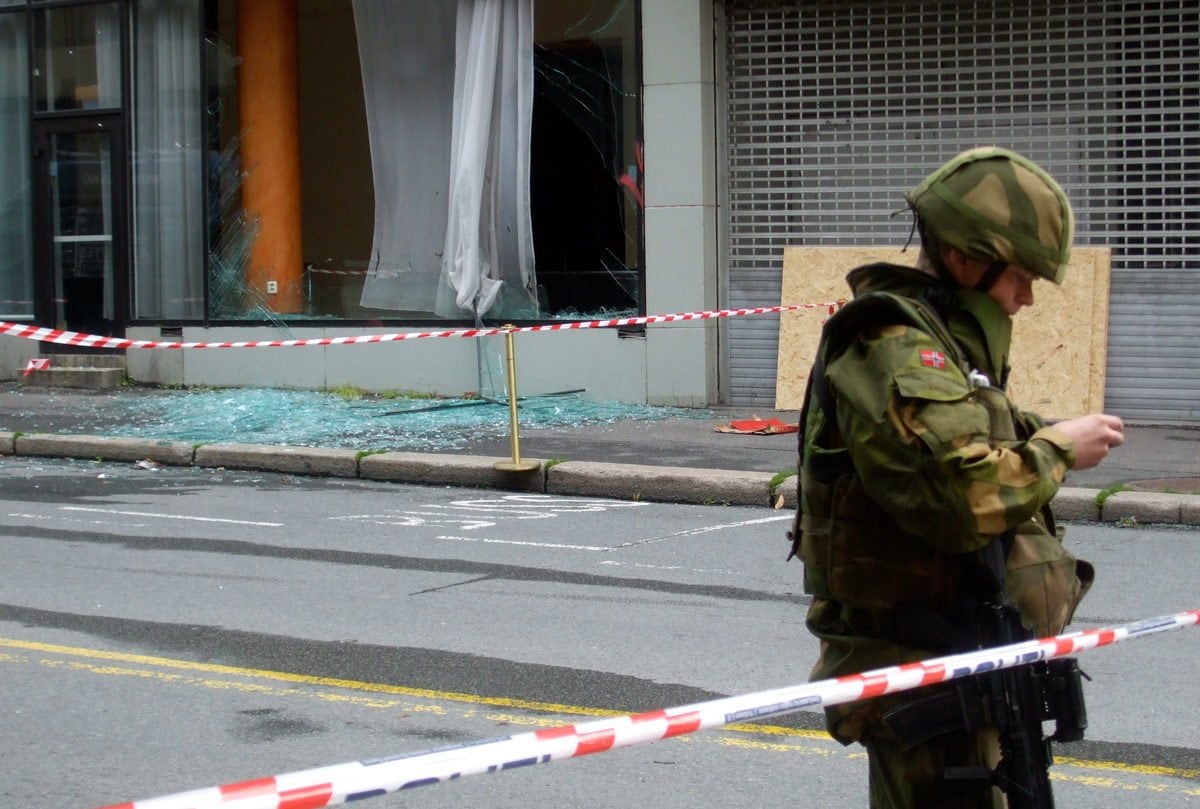 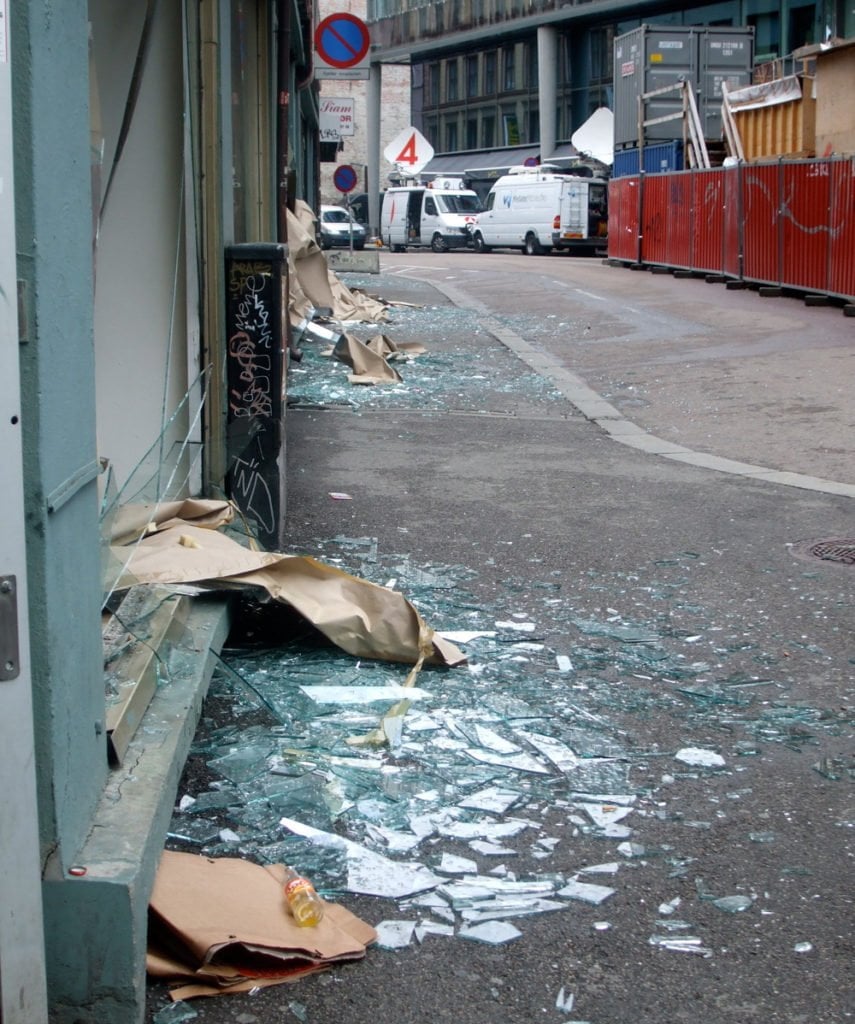 I've often commented on how proud Norwegians are of their country. There are flags everywhere and unlike in the UK, it is perfectly normal (i.e. not seen as racist) to fly one from your home . One of today's more poignant sights was “flagget vaier på halv stang i hele landet” – the flag flying at half-mast throughout the land. 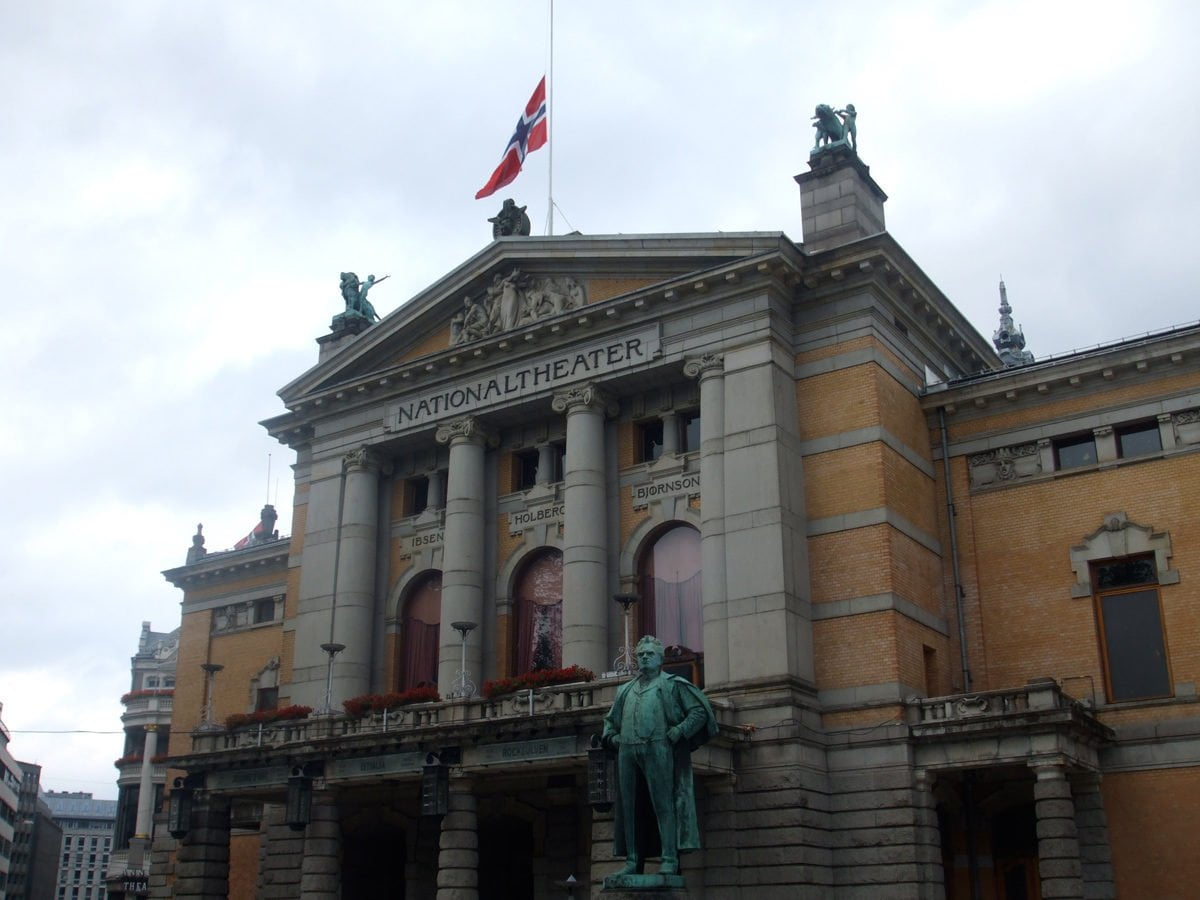 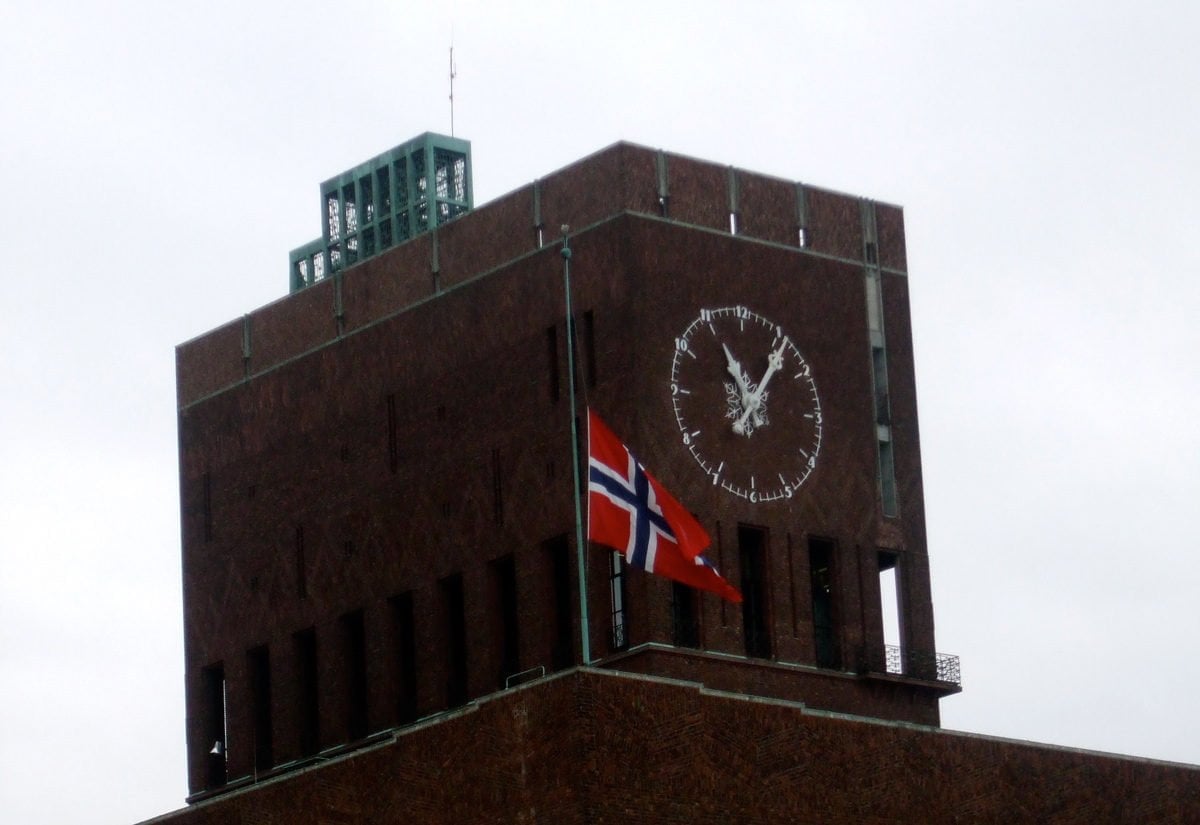 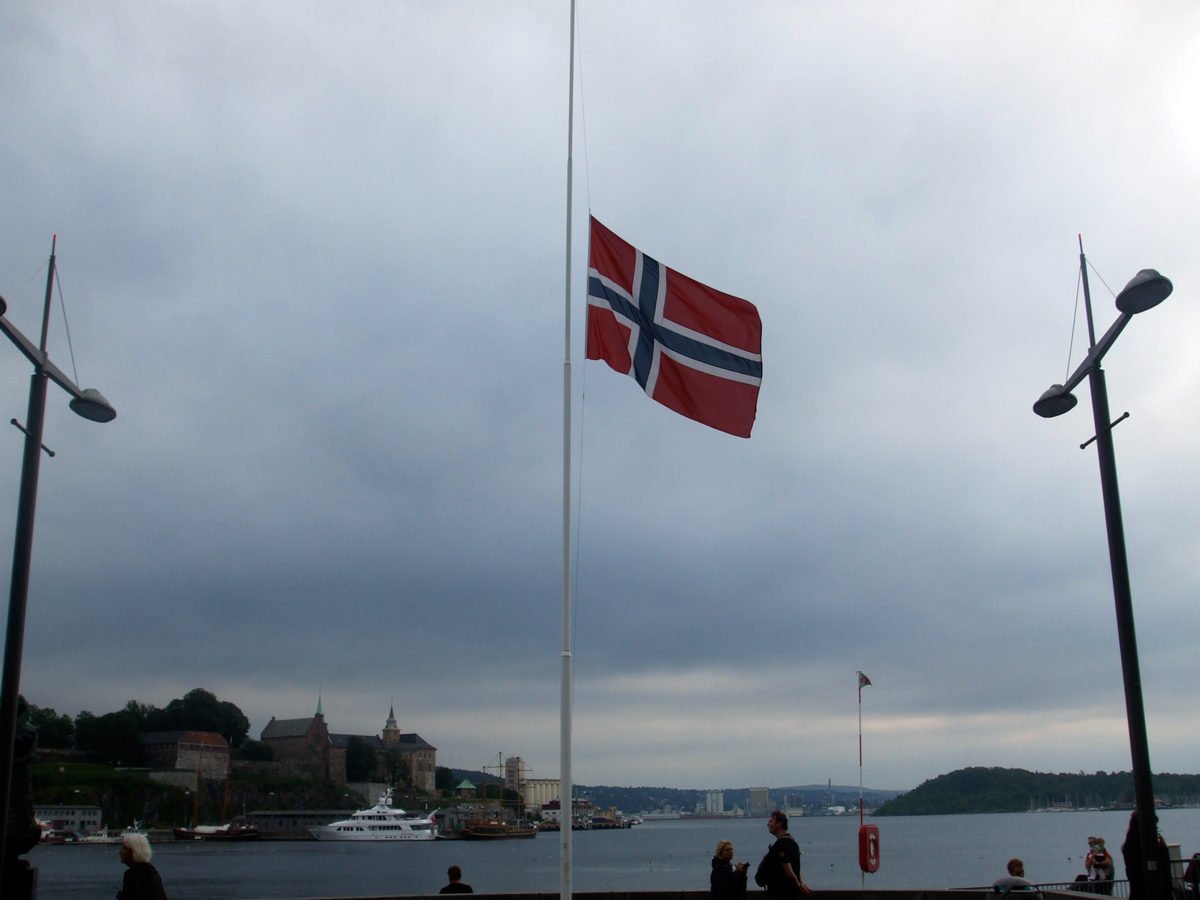 In the early afternoon I went back into the city and I'm pleased to report there was more of a buzz about the place. Lots of people were out on the streets, going about their business as normal. Were it not for the police tape, you wouldn't know anything had happened. I'd heard many people were heading for the cathedral to pay their respects and I wanted to join them.

Inside the cathedral was an emotional experience like nothing I've ever felt before. Sure you see the emotions and horrifying images on the TV. But to be standing next to someone who's just lost their brother, mother or lover, not crying because they haven't got any tears left, that's something else entirely. Hundreds of people queued to light candles and I joined them to pay my respects.

Others gathered outside the cathedral, laying wreaths, flowers, Norwegian flags and ribbons, candles and teddy bears in memory of the lives lost. I stood in the rain for half an hour, just trying to take it all in. 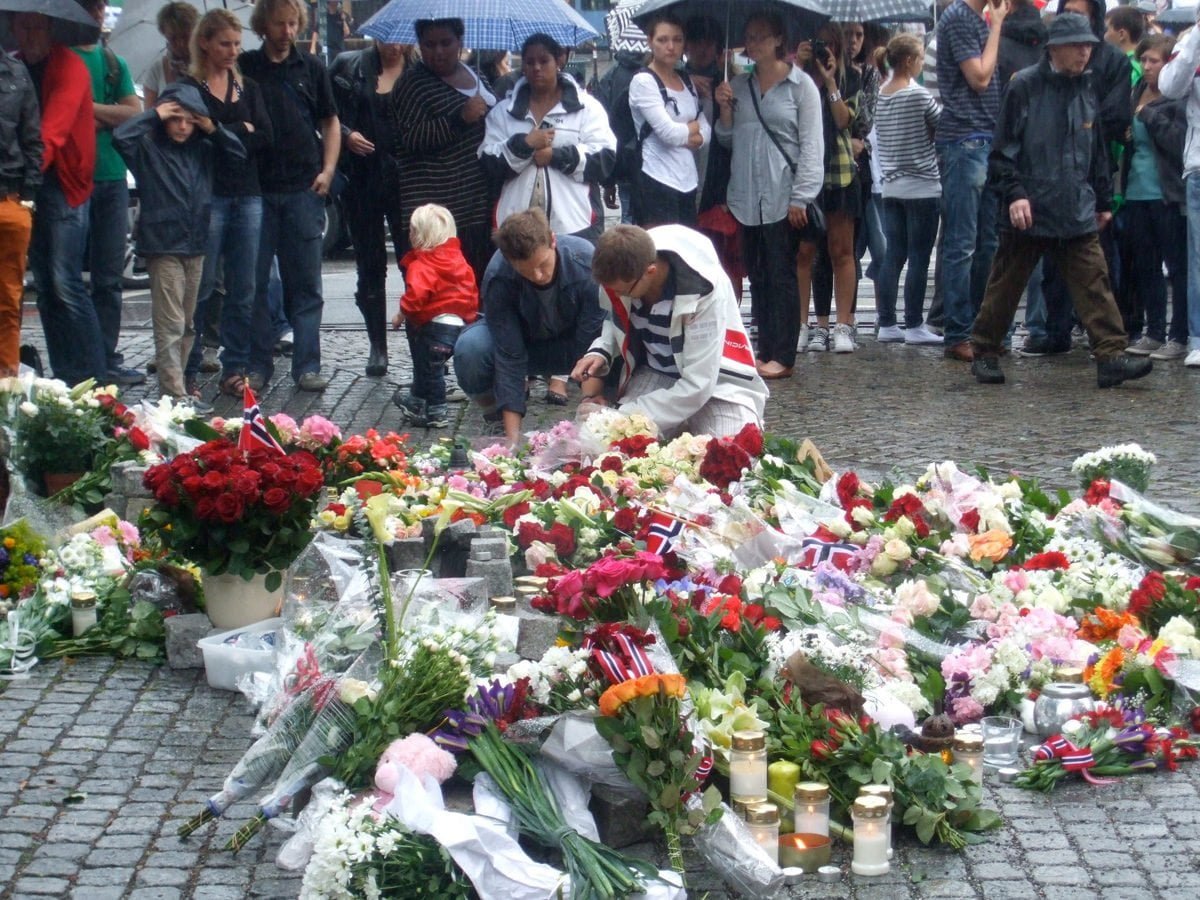 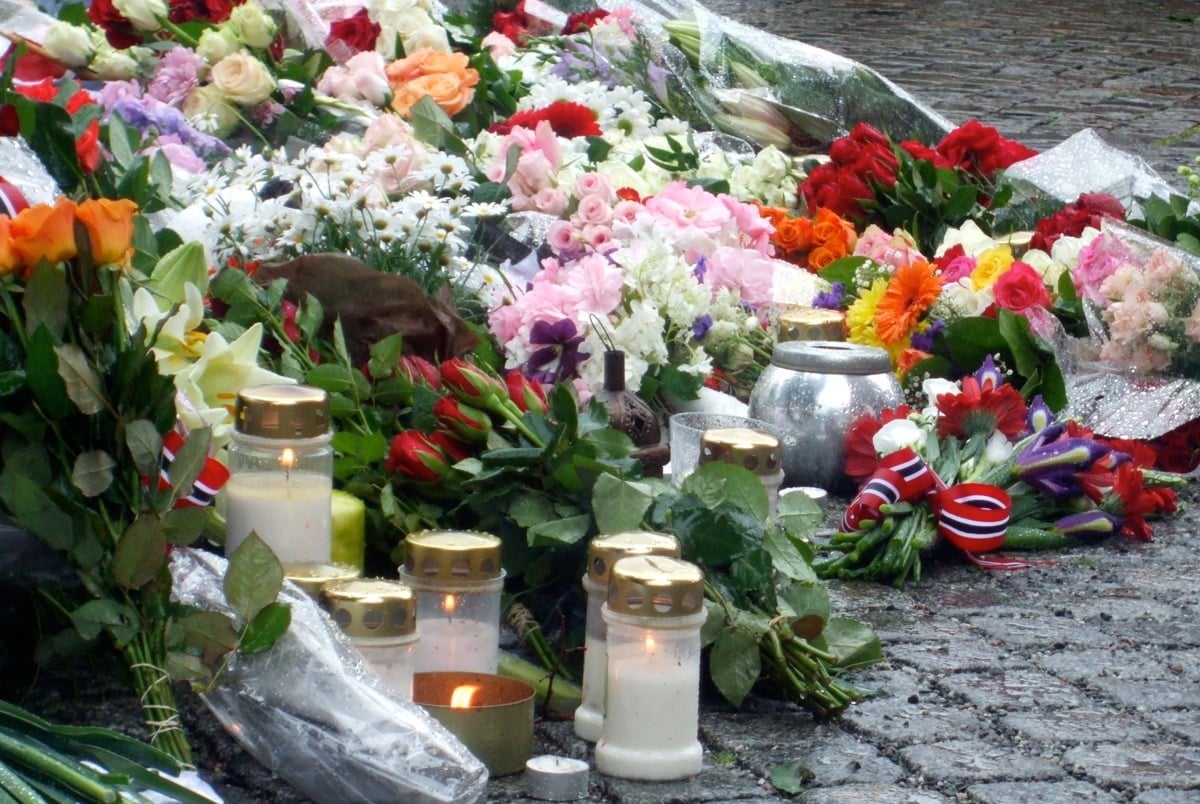 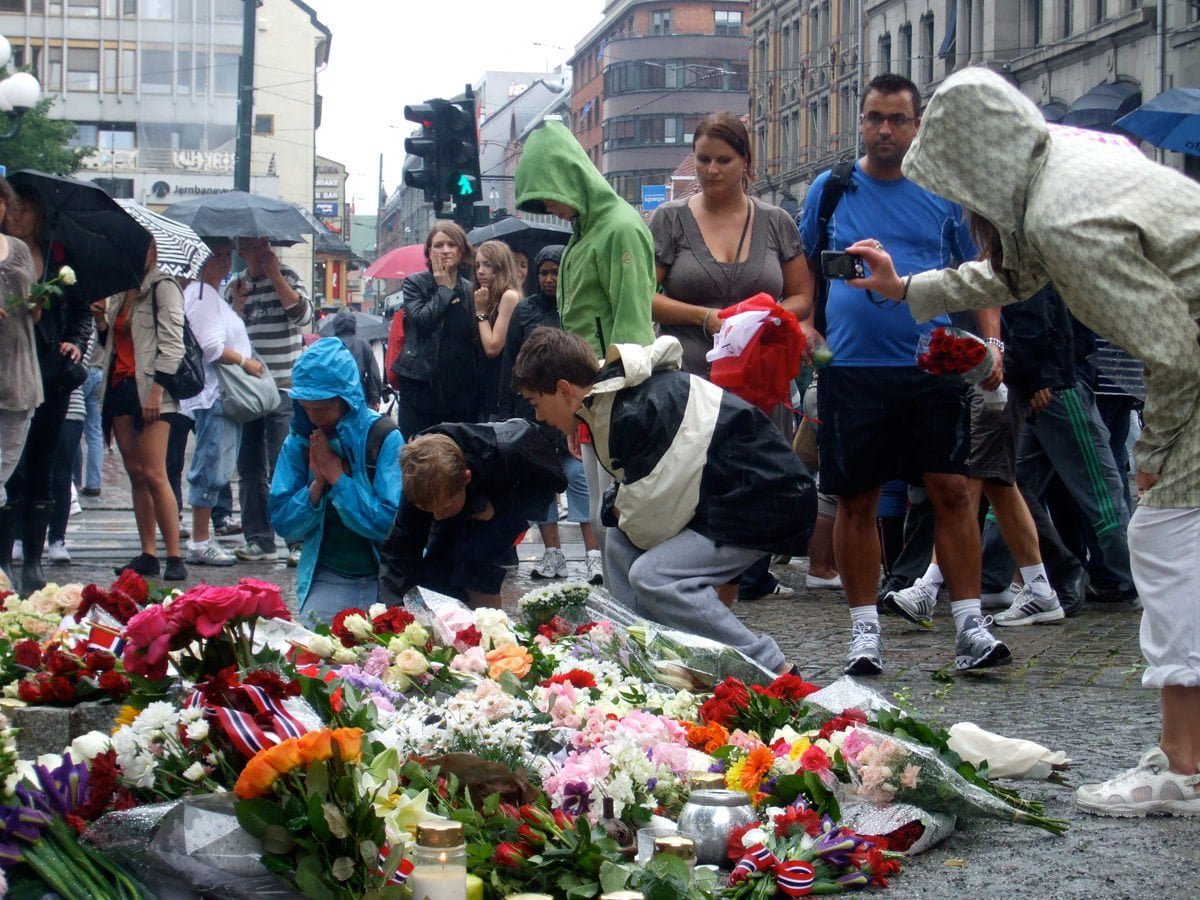 It's now just over 24 hours since yesterday's events began. It's going to take Oslo a long time to recover from this, but the recovery starts here and now.