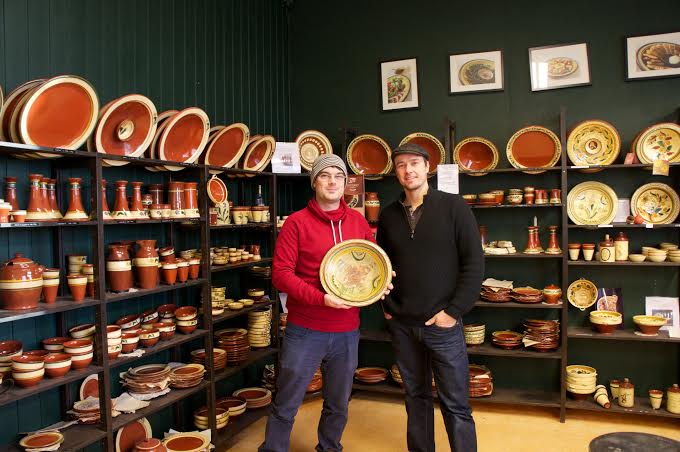 On my recent trip to Røros I had the pleasure of meeting Robin Schellenberg, owner of the wonderful Røros Potteriet. I wanted to ask Robin how on earth he ended up in Røros, and how a niche business can survive in such a small town. So I did! Enjoy 🙂 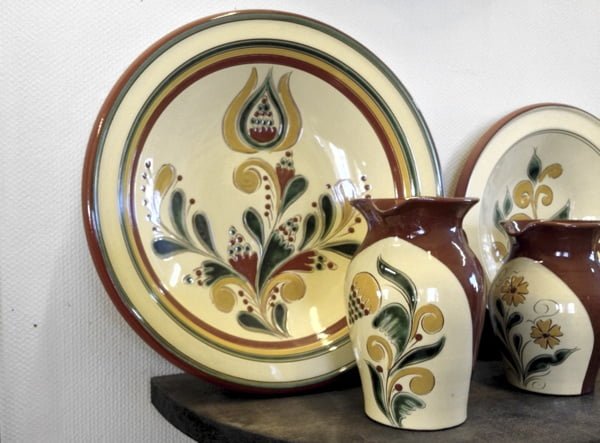 I grew up in Switzerland with my Røros-born mother and my Swiss-Norwegian father. When he studied he decided to take a Norwegian course when he learned about the writer and poet Johan Falkberget who lived not far from Røros. As a result, he became interested in the society and the mining history. He applied for a practitioner job here at the hospital, where he met my mother. So despite growing up in Switzerland, Norwegian was my first language.

I lived there for almost 20 years and became interested in old crafts, often spending my holidays in Røros were I became close to my grandparents. My grandfather was in love with the nature and he often took us out into the woods which was a fantastic experience. So first of all I would say it was the nature that brought me here, then the craft.

What happened when you moved to Røros?

I started working as a tourist guide when I was 19 and I was bitten by the history bug. I was in the mine, the church, the streets here, it was a lovely time. I never found my way in Swizerland, nothing satisfying after school. All my class went on to study engineering at university. Although I liked maths it was not in my heart, so I decided to study French and Russian. After one year I stopped and joined a glassblower course in Sweden, which was love at the first touch!

The glass really gave me everything I was looking for. It was demanding, balanced, creative, strong, focused and concentrated all at once. I studied for three years there, but only the craft, so afterwards I went to Denmark to continue with glass design. But after a year I had to stop again because of family matters. I got twins with a girl from Røros!

So that changed everything. I dreamt of finding enough work here in Røros, something to do here and the guiding thing was too little, just in the summer really. I had a job in the museum through the summer too, casting copper souvenirs, but then I found the art community here. Through that I heard about this place being sold, so I saw the possibility to find a location for a craft shop in combination with a cafe. 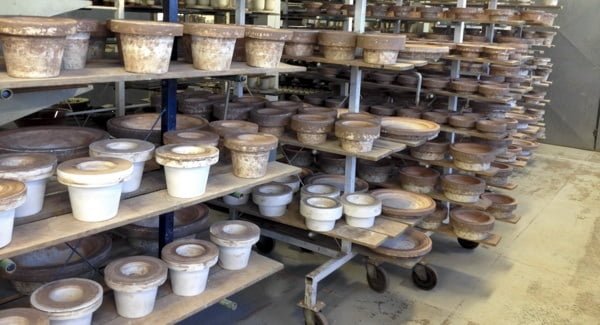 Who owned the pottery previously?

It was a man who had worked here, he had taken over the place and run it for three years, after which he was so worn out so had to stop. He still comes back every other week because he's still in love with the clay.

Tell us about the history of the business?

It started 20 years ago from a project to reduce unemployment. There was a huge society for craft people here, even an arts and crafts school. It closed in 1994 but the community and urge to create remained. Alot of people managed to construct this enterprise, helped by both the state and private funds. They wanted to revive an old dying craft, for the craft here is not only the pottery but the decoration too.

How is that different?

Most ceramic work is produced the other way around. The decoration is done by a fancy glaze, applied by dipping, brushing, etc. We do it the other way, we create everything with coloured clay. It turns the production line around because we have to deal with the clay when it's fresh, not after the first burning. It's hard to find people with experience. We only have potters on the wheel, but for the decoration we offer an apprenticeship locally. 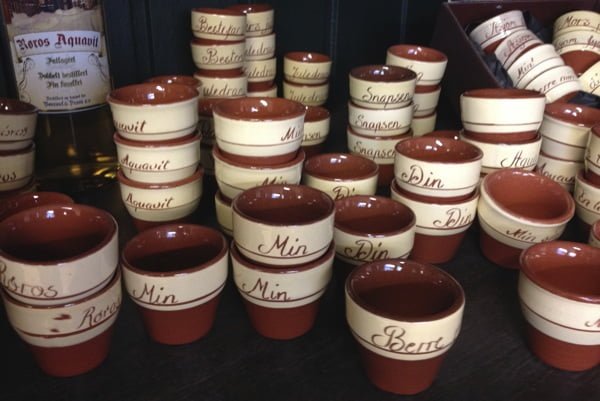 What products do you produce?

We reproduce old originals from the 19th Century with historic links to Røros. In the old times the potters settled down where there was good clay. In Norway, that was the south-west and around Trondheim. When the clay of Tondheim region was discovered at end of the 1700s by the potters they settled there. Eventually they found a beautiful design and sold a lot, enough for over 200 people to be employed in the industry, spread around the Trondheimsfjord.

Trade links between Røros and Trondheim were strong because every week the copper from the mines would be sold through Trondheim. Because they were obliged to organise food for the workers, they also had a monopoly on selling goods. The distance to Røros was relatively short, so you find a lot of these originals in the region, in fact you find more whole pieces today here in Røros than you do in Trondheim, because of the space we have to store stuff.

Do you sell to tourists or locals?

Actually our main client is the cabin owner! People have time when they come to their cabins so they have time to experience Røros. They want to buy local stuff. People even buy cars here because they have more time than in the cities!

Cabins are often built and decorated in a rustic style that works well for ceramics. We also offer souvenirs for tourists of course. Because everything is done by hand we can continue production. If you start a collection then you will always be able to continue it. Røros locals and some cabin owners buy a little more each year.

Finally, what's it like to live and work in Røros?

I find it fantastic because it has a bit of everything. I have lived the urban life in Switzerland, but I found the urban life here aswell. There is huge activity on the creative side, the Norwegian theatre plays here, we have a film club, there are all sorts of organisations here. Røros is the best community in Norway now.

I'd say maybe 50% of employment is in tourism but there is still industry here. People were used to shift work from the copper mines, so we have some small industry here that started up. Farming too. Ten years ago the local dairy was threatened with closure but they moved to organic products which has been really successful.