During my recent trip to Stavanger I took a walk around the harbour to the Oil Museum. For a reason I don't recall, I decided to walk around an old building. What greeted me on the other side was a mooning Mona Lisa! 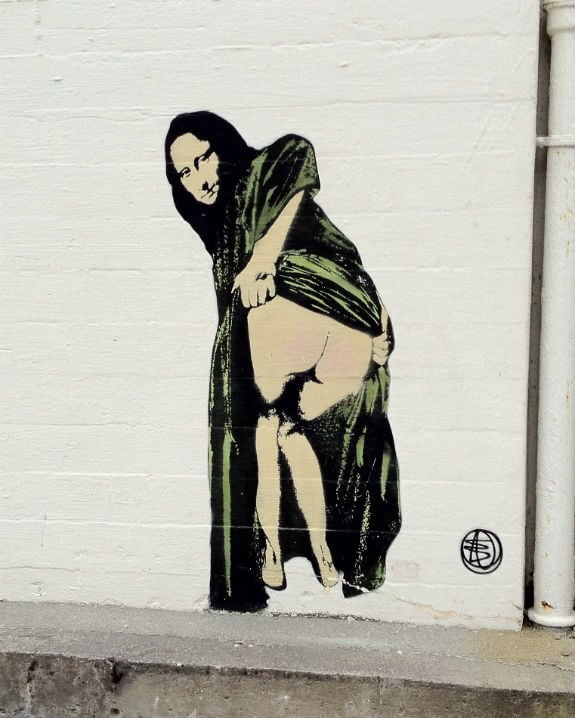 After tweeting the picture, I was sent a link to an awesome Google map of Stavanger's street art, opening up a whole new side to the city I never knew existed.

The driving force behind it all is the Nuart festival, established way back in 2001. At each year's festival, Stavanger's extensive street art collection grows a little more. 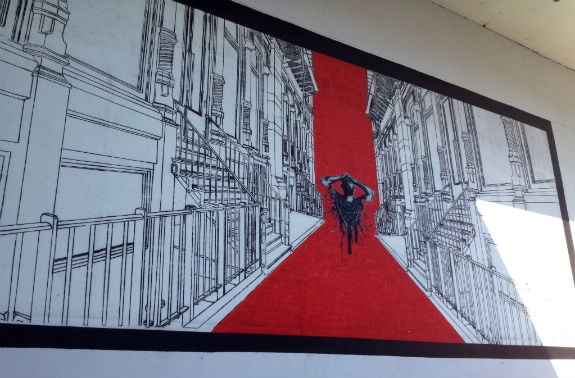 It's discoveries like this that make me realise why Stavanger shared the European Capital of Culture title with Liverpool in 2008.

I didn't have long in Stavanger, but I followed the map for an hour or so to catch some more of the city's urban art: 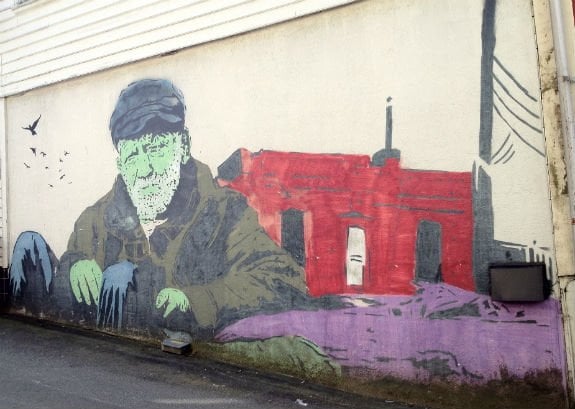 But it's not just artwork on walls that lights up Stavanger's streets: 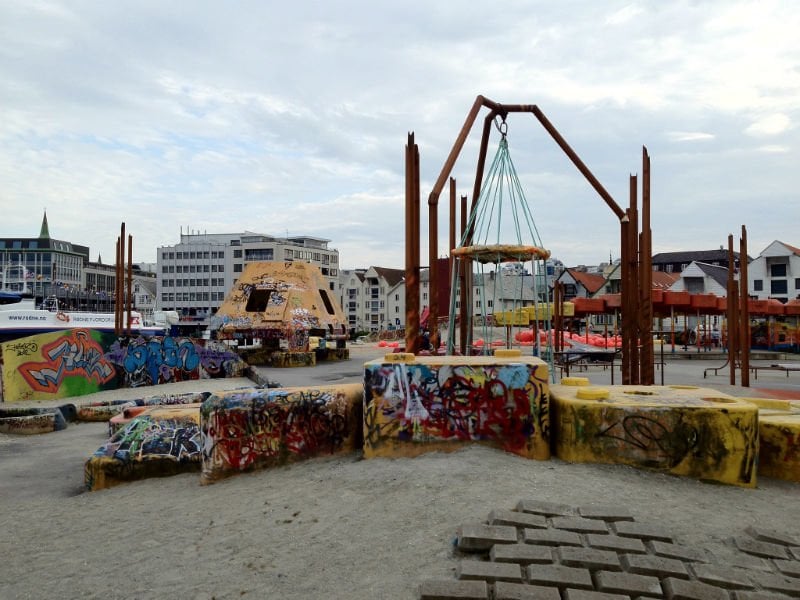 Outside the oil museum there is a bizarre Geopark, a cross between a playground, oil field and graffiti site. 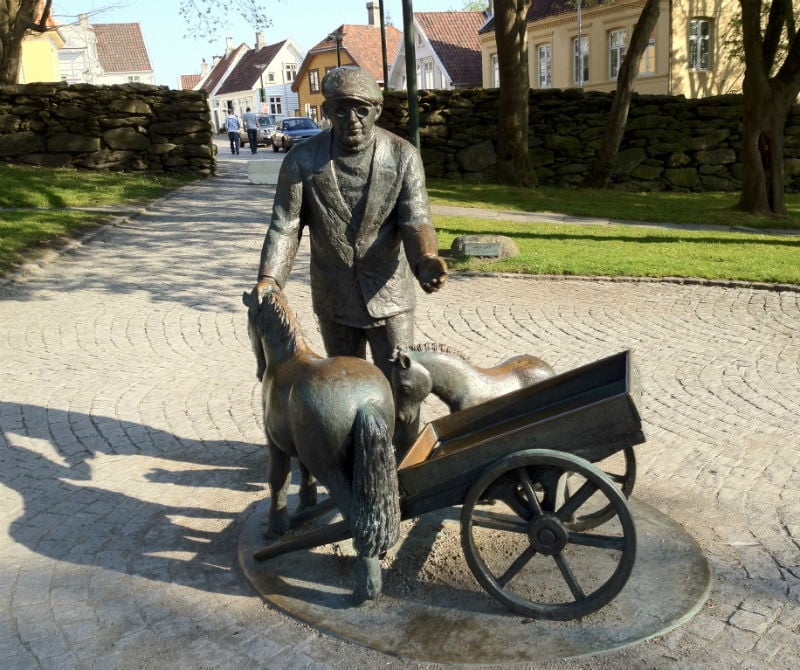 No Norwegian city would be complete without statues and sculptures, of which Stavanger has its fair share. 5 thoughts on “Street Art of Stavanger”