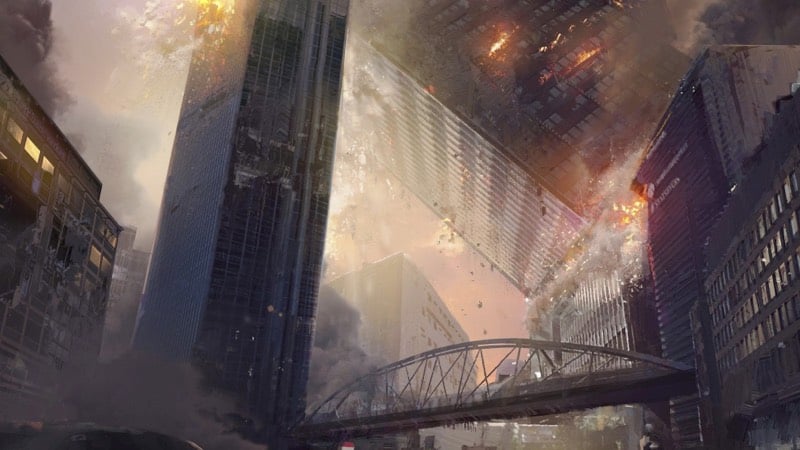 Disaster returns to Norway with Skjelvet (The Quake), a follow up to the 2015 movie The Wave.

For anyone that enjoyed Bølgen (The Wave), you’ll be delighted to hear that disaster has returned to Norway! Yes, a sequel is here.

From Geiranger to Oslo

But suffer they do! The Lead duo Kristian (Kristoffer Joner) and Idun (Ane Dahl Torp) return, albeit living separately.

A PTSD-laden Kristian heads to Oslo, where his family now lives, to investigate the wild claims of a former geologist colleague who recently died in an Oslofjord tunnel. 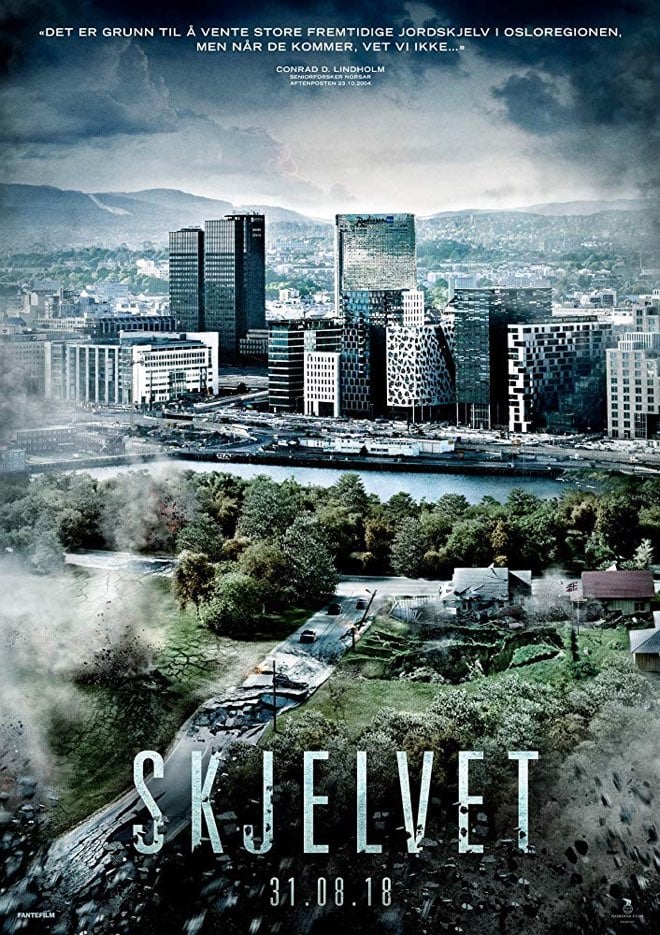 Given the name of the movie and the poster, I’m sure I won’t be giving anything away by saying a major earthquake then rips downtown Oslo apart!

What I enjoyed about The Wave was its realism. No doubt driven by the economics of filmmaking, the team chose to focus on a realistic scenario (for a disaster movie!) in a very small town, and featured just a handful of characters. It was very much about how far you would go for your family.

The Quake sets its aspirations higher using the Norwegian capital as its setting, and the investment in special effects is noticeably higher. It pays off too. Seeing landmarks of Oslo ripped apart instead of the Golden Gate Bridge was a fascinating alternative.

Yet the movie sticks to the formula of focusing on the struggle for survival of Idun, Kristoffer and their kids. While a skateboarding Sondre was the focus last time, this time around it’s the turn of his little sister Julia. 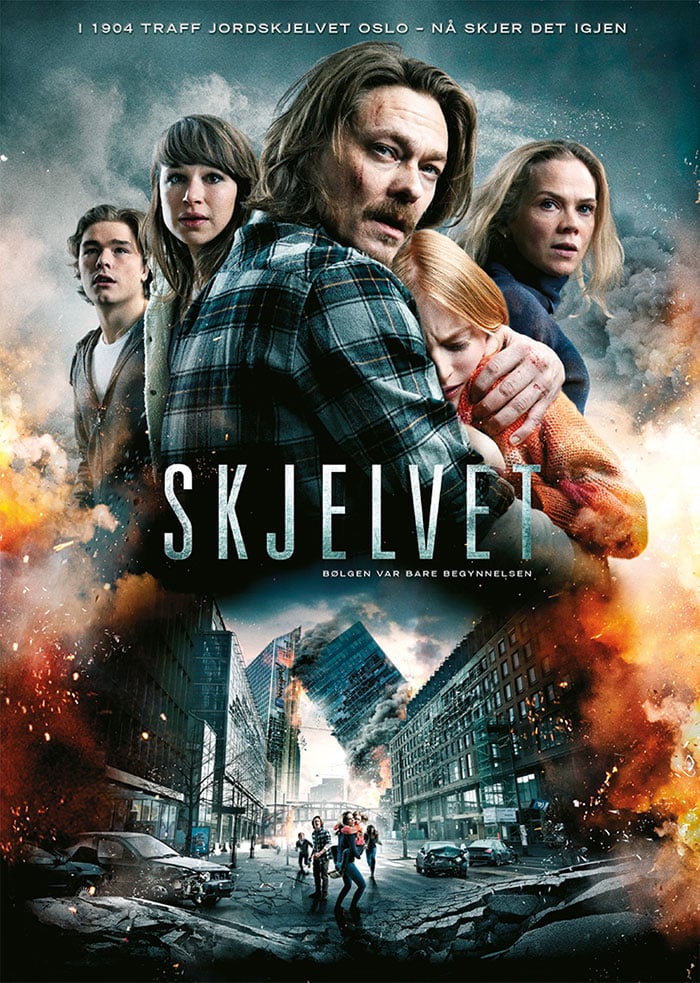 Ane Dahl Torp’s portrayal of Idun in shock in the immediate aftermath seems incredibly realistic compared to Hollywood disaster movies, and it’s a really powerful performance from her.

Idun killing someone to give her and Sondre a shot at survival was the most memorable moment from The Wave. I’m desperately trying to avoid spoilers here, so I’ll just say that Idun is once again the centrepoint of this movie’s unexpected moment.

Yet this movie is also based on a real-life scenario. Just as The Wave was based on a very real threat of an unstable mountain crashing into the fjord causing a tidal wave, The Quake take inspiration from the 1904 Oslo earthquake.

Although that quake was relatively mild by world standards at 5.4 on the Richter scale, it did a lot of damage, and the threat remains. The Oslo Rift is a graben formed during a geologic rifting event millions of years ago.

Where to watch the movie

The film is out now at cinemas across Norway, with select screenings offering English subtitles. It is also slated for a Denmark release where it will be known as Skælvet. Although the English name is confirmed as The Quake, it isn't set for a general release internationally.

So if you're not in Norway, unless you're lucky enough to stumble across a special screening (there were some for The Wave), you'll have to wait until the movie hits Netflix or another streaming service. I'll update this article when that happens.