During approach to Brønnøysund airport, Widerøe flight 710 flew into the well-known Torghatten mountain, killing all 36 people on board. Here's the full story of the 1988 tragedy.

Today, Torghatten is known as a tourist destination. The iconic ‘mountain with a hole' near Brønnøysund in Northern Norway is popular with hikers and passengers on passing Hurtigruten vessels.

But back in May 1988, the mountain gained fame as the site of one of Norway's worst air accidents. The small propellor aircraft descended four nautical miles too early on approach to Brønnøysund airport.

This mistake caused the aircraft to fly straight into the fog-covered Torghatten. The aircraft was completely destroyed. All 33 passengers and 3 crew were killed.

The Norwegian Safety Investigation Authority has never been able to find the reason why the pilots started the descent so early.

The mountain is well-known throughout Norway for a natural tunnel through its centre. A popular sight from passing cruise ships, the tunnel is also possible to reach on foot via a prepared hiking trail.

Anyone who has flown Widerøe in Norway will be familiar with the fleet of propellor planes used on short routes. Many flights call at multiple destinations, and that was the case back in 1988.

The aircraft in use was a de Havilland Canada DHC-7-102, known as a Dash-7. It was one of the predecessors to the Dash-8 aircraft used by Widerøe on shorter routes today.

The aircraft was first flown in 1980. Prior to the incident, it had flew for 16,934 hours and 32,347 cycles. A flight cycle is the number of complete flight segments, i.e. a take-off and landing.

On the initial leg from Trondheim to Namsos, the aircraft was full. The crew allowed a passenger to use the jump seat in the cockpit.

At Namsos, sixteen passengers disembarked, but the passenger in the jump seat was allowed to remain there. During the next leg to Brønnøysund, the passenger held several conversations with the captain.

On approach to Brønnøysund, the captain informed the first officer that they would descend to 1,500ft at Torghatten—which is 846 feet high—and then down to 550ft. However, the aircraft descended to 550 feet four nautical miles too early.

With their view of Torghatten obscured by fog, the pilots did not realise the problem until it was too late. A last minute attempt to lift the plane over Torghatten failed, and the aircraft smashed into the hillside 560 feet above sea level.

The tip of the starboard wing hit the mountain first followed by an engine, which was immediately ripped off. The aircraft's body was broken in two and both wings caught fire.

Much of the remainder of the aircraft fell down the mountainside. In fact, wreckage was found as far as 100 metres (330 feet) below the impact point.

Investigators found the cause of the crash to be the early descent. However, no specific reason for the early descent was found. There were no technical faults with the aircraft, and the pilots had full control at the time of the accident.

However, several regulations and procedures were not complied with, and several errors were discovered on Widerøe's maps. While visibility was poor, it was found to be within the limits allowed for instrument landings.

The investigators also noted the passenger in the jump seat may have distracted the captain. It could have also disrupted communication between the two pilots.

In July 2013, a retired police officer reported that the passenger sat in the jump seat had taken a mobile phone on board. At the time, mobile phones were fitted with a 15-watt transmitter and powerful battery.

Investigators looked into whether electronic interference could have affected the flight instruments, but concluded that there was no evidence to support such a theory.

In 2017, Brønnøysund Airport was upgraded with the SCAT-I satellite-based landing system. Such a system would have prevented the 1988 incident, according to airport operator Avinor.

In 2018, a documentary film shown on NRK shed new light on the incident. Producer John Arvid Berger told iTromsø that it was important to remember such a tragedy that affected so many people in Northern Norway.

“In addition, parts of the story of the event are relatively little known and there are many pieces that have not yet been put together,” he added. 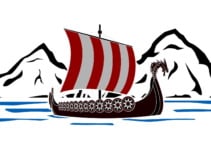 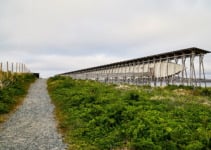