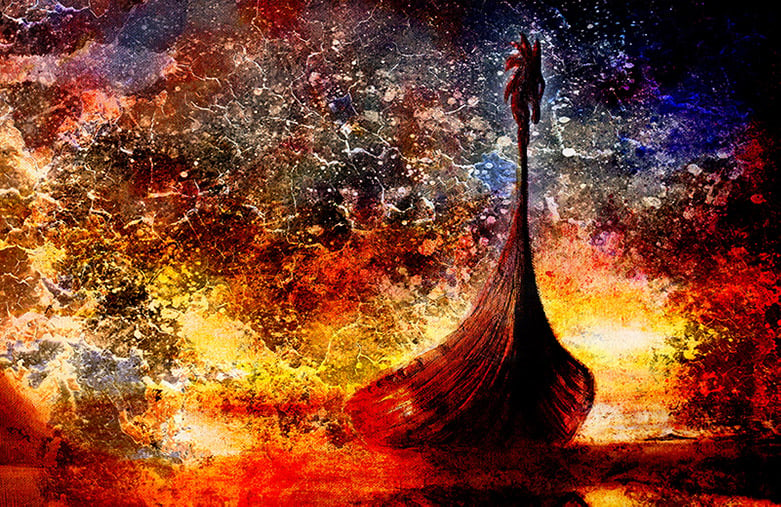 Join us on our quest to separate myth from reality in our search for the perfect journey into the afterlife.

We all know Viking funerals, right? We’ve seen it on screen: a body – generally the size of a small mountain, with a beard long and lush enough to house a colony of dippers – is lain out on a boat filled with its owner’s belongings, which are all launched together out to sea.

Then…a flaming arrow is fired high into the sky landing perfectly on the ship. It instantly ignites, cremates the remains and send the chieftain on his way to Valhalla.

Like much of what you see on screens large and small, this isn’t exactly true to life. Hollywood certainly has a flair for the dramatic and isn’t afraid to take license with tradition to create a spectacle. Some of what we see in the Norse funerals of filmed entertainment do indeed have an element of truth about them. Others, as we shall see, are plain fantasy.

In case you’ve never tried to cremate a body – for the record I haven’t, so I consulted a mortician – you need two things. Firstly, you need a very high temperature. We’re looking for around 1,000C or 2,000F, which is not hot enough to melt steel but hot enough to melt brass or aluminium.

A wood fire typically burns at 400-600C, up to 1,100F. That’s hot, but not enough. In turn the water surrounding the boat would reduce the temperature and almost certainly stop the wood from ever reaching the charcoal stage.

Secondly, you need at least two hours of this sustained heat. This is simply not possible to achieve with an uncontrolled wood fire surrounded by water. In other words, if anyone tries to tell you this happened, they’re definitely wrong! That’s not just because it was impossible but, as we’ll see shortly, it would defeat the object of using a boat in the first place.

One final minor point – igniting a ship with a single flaming arrow? Yeah, that’s not a thing that’s possible without large quantities of some kind of fuel oil. We know the Vikings were advanced but they weren’t quite that advanced!

The importance of death rituals

Death, the end of life, is an inevitable part of all cultures. This is why, more than anything, we know more about post-death rituals than many other historical details. Death rituals are designed to help those left behind come to terms with loss. Many have survived, albeit often slightly modified, for centuries. 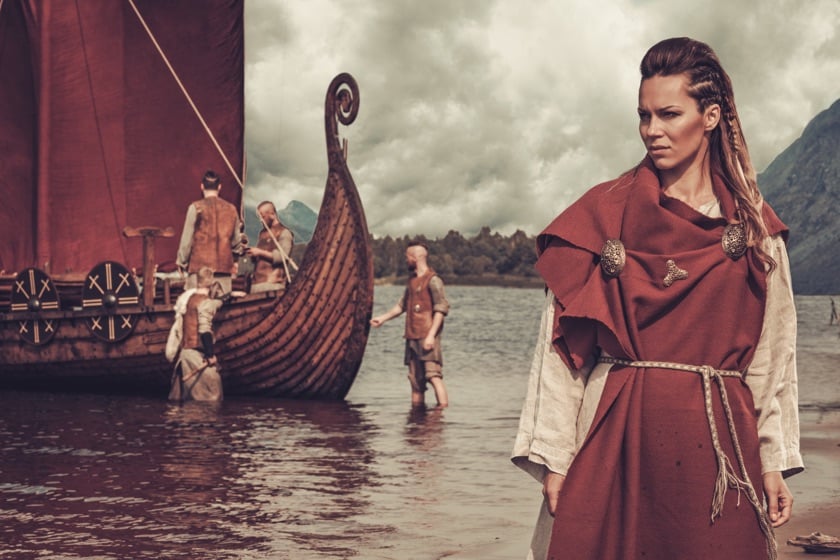 As with all cultures, Norse rituals are closely linked to mythology. The afterlife is your reward for a life well led, where you take up your position in the heavens among the God or Gods of your belief system. For Viking warriors lost in battle, there were two possible destinations – Valhalla and Fólkvangr.

Myth has it that the Goddess Freya, ruler of Fólkvangr, gets to choose those who join her before the rest head to Odin’s Valhalla, carried by Valkyries. I have no categorical proof that this doesn’t happen, so we’ll go with it! For the purposes of simplicity, I'll refer now to Valhalla as encompassing both destinations.

So, for Vikings, the main purpose of the funeral rituals was to prepare the body for entry to Valhalla. The aim is to equip them to enjoy a long and happy afterlife, with all of the trappings they enjoyed in their mortal life. This allows the Gods to see their status as they arrive, so that they can be treated accordingly. It also prepares for Ragnarok because if you ever find yourself brought back to life for an end-of-days battle then you’ll probably need at least a sword!

Now that we’ve blown apart the myth of the floating funeral pyre and worked out why we need the rituals in the first place, we can move on to what actually did happen.

Most Vikings were cremated. Latterly, possibly owing to Christian influence, intact burial became more common but for most of their history, cremation would be commonplace. This would be done on a funeral pyre – a huge bonfire that’s specifically constructed of the thick, heavy, dense materials needed to reach the required temperature, as we discussed earlier.

The pyre would also generate huge quantities of smoke, which was encouraged by those attending as it was believed the smoke helped carry them to Valhalla. I thought that was the job of Valkyries, but I guess nobody ever said that ritual and mythology were consistent!

The actual purpose of the smoke in a bonfire is to increase the temperature. The smoke ignites and burns hotter than just wood. This in turn means that the wood can turn to charcoal, which burns even hotter and gets us over our magical 2000F line.

After cremation, Vikings were most likely to be buried. It’s possible that some would have their remains cast adrift. It would be hard to find real evidence of this, but none of what we might expect has been found.

We know from archaeological finds that everyone was buried along with Grave Goods – possessions befitting their status. It’s not entirely clear whether grave goods would be cremated along with the body or buried separately, though cremation together seems most likely.

These goods would include weapons, sacrificed animals and other worldly possessions that might be of use in Valhalla. Interestingly, weapons buried along with remains were always broken. Mostly it was believed that a warrior’s soul was linked to his weapon and so breaking it was ensuring a final end. Also, it discouraged grave robbing as any weapons would be useless.

Grave goods would also often include slaves or thralls and, in some cases, the widow would choose to be sacrificed to join her husband on the journey to Valhalla.

Burials were usually in the form of tumuli or barrows – mounds placed over the body rather than holes dug to entomb them. This is a pretty practical necessity. Mediaeval Scandinavia was not a particularly warm place and the ground would be frozen and hard to dig for large portions of the year. So, digging six feet down? Not gonna happen.

Many burials were in the shape of a ship, made out of or marked with stone. Most other shapes imaginable such as triangles, rectangles etc have been found but ships, or large ovals, are the most common. 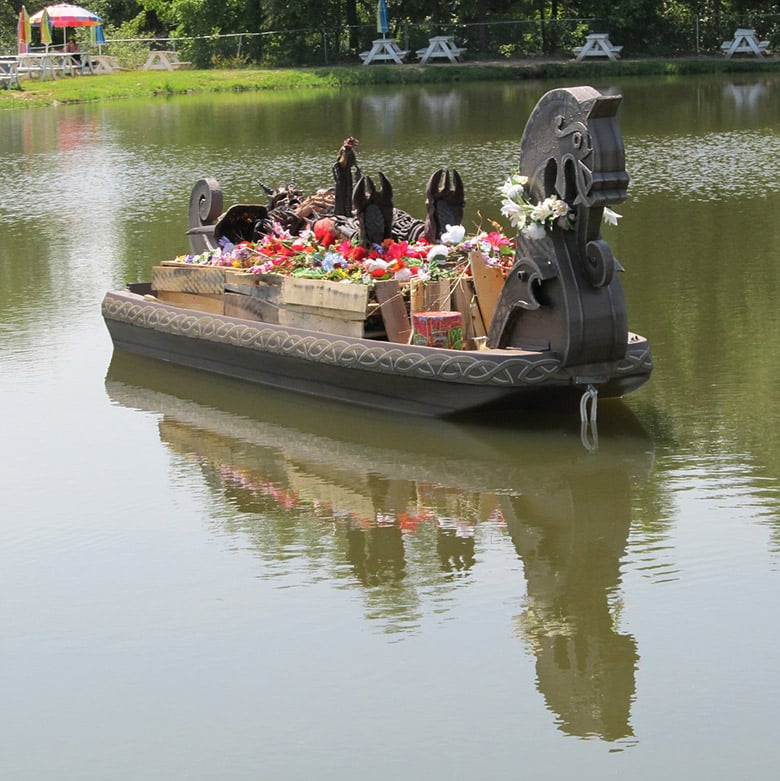 Those of very high rank would be buried in an actual ship. Not a huge sea-faring vessel designed for taking legions overseas but a small personal boat. These would be filled with the results of the cremation and then towed into place and covered over with stones and earth to form a grave.

Contrary to what most people believe, in a ship burial, the ship would not form part of the cremation pyre. A lot of very well-preserved burial remains have been found and none of them have included charred wood or charcoal that would be present if they’d been the site of the cremation.

This is one of the most asked questions, both online and to real-life funeral directors. If we’re talking about the Hollywood funeral – where we end up with a badly-charred body probably washing up on shore somewhere – then the answer is a pretty emphatic no!

Or at least as far as I can tell. I can find no evidence that any country with a coastline legally allows people to set fire to bodies and let them drift out to sea. Burial at sea is legal under certain circumstances, subject to various rules. The rules surrounding what’s legal in international waters is also hard to ascertain as, technically, anything goes.

One compromise could be to get cremated and then have someone send some or all of the ashes out on a small raft that’s on fire. Scattering ashes at sea is perfectly legal though people might want to inform the coastguard that they’re sending a small burning vessel into open water…just in case!

Real Viking funerals, however, are perfectly legal. You can be cremated properly – though your crematorium of choice might have restrictions on what items you can have with you at the time, so maybe not with sacrificial animals!

Once cremated you can be buried in a ship-shaped barrow – along with the sacrificial animals you so desperately want to have – ready for Valhalla.

For the dead, there’s the afterlife. For the living, there’s alcohol! On the seventh day after death, the passing is demarcated by the sjaund, a funeral drink and the feast that it forms a part of.

Inheritances were often indicated by large runestones. Several of the large runestones in Scandinavia indicate an inheritance such as the Hillersjö Stone in Sweden which tells of a woman who came to inherit from her children and grandchildren. These are considered important rudimentary documents from the era.

The Tune Runestone, from Østfold in Norway, is believed by some to show the inheritance of an estate by a man’s three daughters. Dating from the 5th century, many consider this to be the oldest Scandinavian document addressing a female’s right of inheritance. 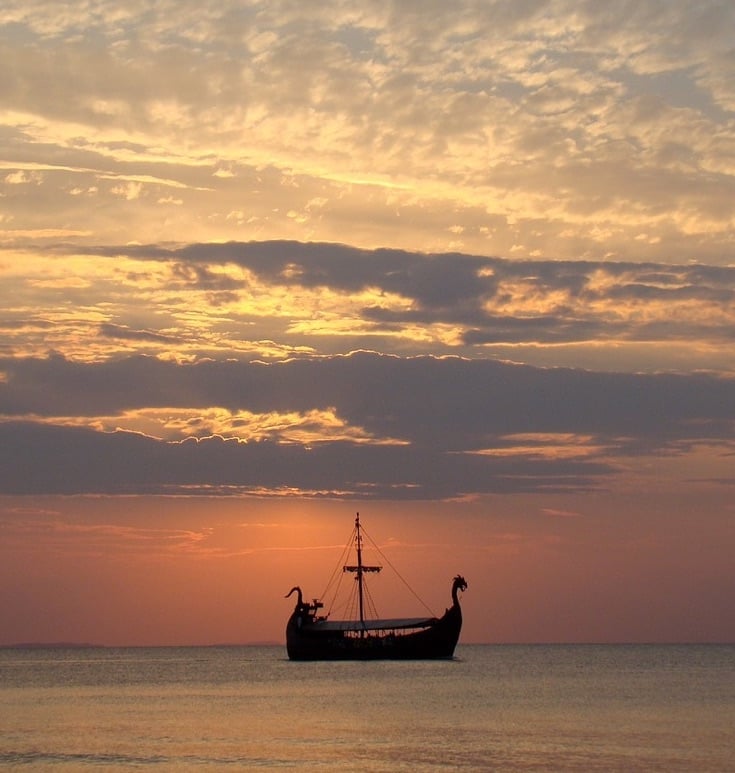 This final section is going to be a little bit hardcore so if you want to skip it that’s fine. Just know that, according to this tale, Vikings’ morals would not really survive modern scrutiny!

One account of a Viking funeral exists from a tenth-century Arab Muslim named Ahmad ibn Fadlan. The account is disputed by some scholars but most believe that the events happened.

According to Fadlan, the dead chieftain was laid in a temporary grave for 10 days, along with grape juice to ferment for the funeral, to allow time for new clothes to be sewn for his burial. A volunteer was sought from among his slaves and a girl offered, as was apparently customary. She was plied with intoxicating drinks while she sang happy songs.

When the time came, the chieftain’s boat was pulled ashore and a bed placed in the middle. His body was dug up, along with the funeral alcohol, and he was dressed in the new clothes. He was placed on the bed and surrounded by bread, meat and fruit for his journey. They killed a dog, two horses, two cows, a hen, and a cock, to accompany him.

In the meantime, the slave girl went from tent to tent having intercourse with all of the other chieftains. It was believed that the semen of the men carried the essence of life. The slave girl was then taken onto the ship where the chieftain lay, where more intercourse happened, before being strangled and stabbed to death.

Once this had been done, the ship was set aflame, with more wood added by the people around. Afterwards a round barrow was built over the ashes.

As you can see, this account differs from what we know from archaeology in Scandinavia but that doesn’t necessarily mean that it’s untrue. The most hotly contested point is not whether the funeral happened as dictated – that much is believed – but the identity of the chieftain and where he came from.

He was supposedly a member of the Rūsiyyah, widely believed to be the Scandinavian Rus on the Volga trade route. This is far from clear and whilst some aspects of the account share more than a passing similarity with Norse practice – and include aspects that are unique to Scandinavian culture – others are either practiced widely or are wholly different from Norse practice.

Either way, I’m sure we’re all glad that funerals have changed a lot over the years! 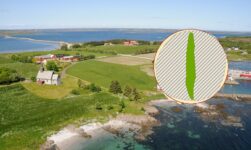 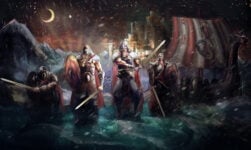 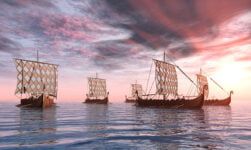 The Complete History of the Vikings 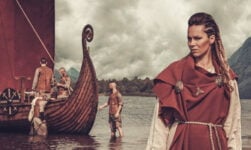 Viking Women: What Women Really Did in the Viking Age 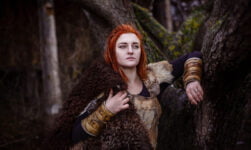 Viking Clothes: What Did The Vikings Wear? 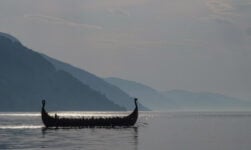 About the Author: Andrew McKay