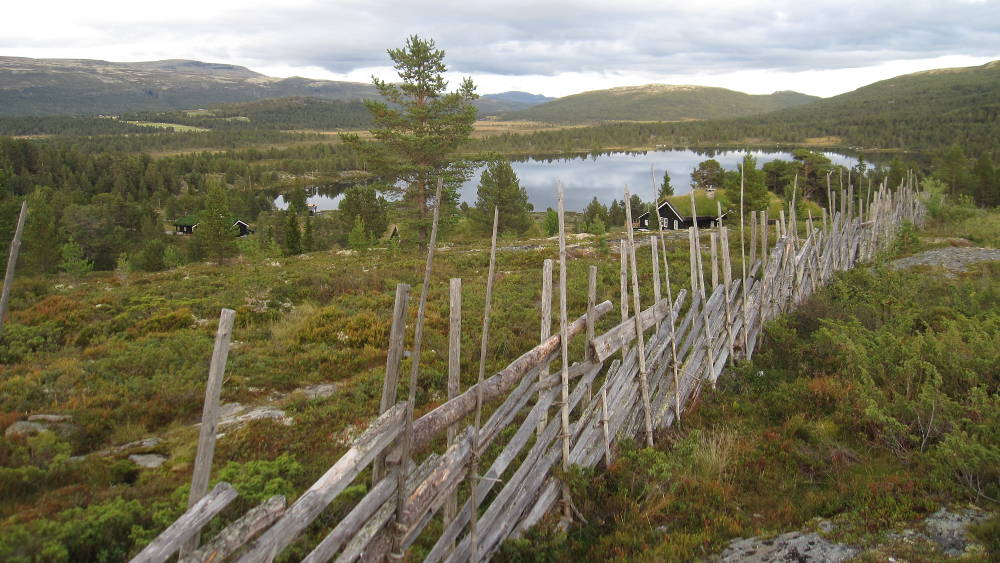 The best county in Norway is Oppland, of course – the one in which we live. 😉

Oppland is located in central Norway and is one of only two counties which doesn't have a coastline – the other being Hedmark, our neighbour, bordering to Sweden.

Actually, Oppland got its name from the good folk down in Oslo, as a way for them to reference the mountainous and forested farming area north of the capital (kind of like pointing north and saying ‘outback').

Central Norway's mountains have played a major role in Oppland and Norway's history, both in strategic and geographic terms. Travellers who wanted to go from east to west (Oslo to Bergen) or from south to north (Oslo to Nidaros) had to pass over Oppland's mountain massifs comprising the golden trinity of Jotunheimen, Rondane and Dovrefjell.

It comes as no surprise then that Oppland is home to eight of Norway's highest peaks. Snøhetta, at 2,286m the highest peak in Dovrefjell, is considered a holy mountain by the Sami. They say you should always greet Snøhetta whenever you approach it (as well as any other mountain for that matter).

If you're not up for the hike to Snøhetta's summit, you can enjoy it from a distance at the famous Snøhetta viewing platform in Hjerkinn, which is no less stunning.

That Dovrefjell holds a special place in the Norwegian soul is no secret. While it's often called the roof of Norway, it's also a sacred site, and inspired the phrase ‘enige og tro inntil Dovre faller' (meaning ‘united and faithful until the Dovre mountains fall') which was written into the Norwegian constitution in 1814.

Nor, the name of Norway’s mythical ‘Ur' father (or grand daddy), apparently also made his home at Dovrefjell. There he settled down with the sister of the Dovre giant and created the first Norwegians, who spread out all over the country from the Dovre epicentre.

Harald Hårfagre, the first king to unite Norway, also spent his younger days inside Dovrefjell, as an apprentice to the Dovre giant, gaining wisdom and knowledge that obviously helped him later in his efforts to bring Norway together under one banner.

Just across the road from Dovrefjell is neighbouring Rondane, the oldest national park in Norway, founded in 1962. Rondane provided much inspiration for Norwegian literary legend Henrik Ibsen, who penned the play Peer Gynt, with its setting in Rondane. The Per Gynt fairytale was collected by Asbjørnsen and Moe, two Norwegian folklorists, as they went around the country preserving Norway's oral culture.

There's no better place than Rondane to see how the movement of Norway's glaciers shaped and formed the land. The force experienced during this time left behind Rondane's infamous rounded peaks, immortalised by Norwegian artist Harald Sohlberg in his 1914 painting Winter's Night in Rondane.

Rondane's unique barren scenery can also be experienced on the 420-km Rondanestien (the Rondane Trail) long distance hiking trail, which starts in Oslo and ends in Hjerkinn. If you want to experience Norway at its best, I cannot recommend this trail enough.

Leading down from Oppland's mountainous zone are the two giant valleys of Valdres and Gudbrandsdalen (the Gudbrand valley), both living time capsules of the unique cultures, dialects, customs and lifestyles that developed in their isolation.

If you'd like to experience Gudbrandsdalen, there are a number of options available to you. The first is by train on the 548-km long Dovre Line. The second is by hiking the Gudbrandsdalen Pilegrimsleden (the Pilgrim's Way), which at 643-km, is the longest trail in the Norwegian St Olav's Ways pilgrim network. This network connects southern Norway, Sweden and the rest of the world to Nidaros Cathedral in Trondheim.

The most spectacular part of the Pilegrimsleden goes over Dovrefjell on its way to Kongsvold mountain lodge and brings you up close and personal with some of Dovrefjell's timeless natural scenery. Here it's possible to catch a glimpse of Norway's wild fauna, such as the notorious musk ox, mountain fox (now protected and slowly being reintroduced back into the wild), reindeer, golden eagle, gyrfalcon, snow owl and wolverine.

Fans of fly-fishing will also be pleased to know that the Gudbrandslågen, the river which flows down Gudbrandsdalen, is the longest in the county at around 204 km, and has some of the best trout fishing around.

As for the Valdres valley, the best way to experience it is also on foot. Valdres has its own 162-km long Pilegrimsvegen (the Pilgrim's Road) which starts near Hedalen in the south and goes right up to the western end of Jotunheimen national park. The trail passes by a high concentration of well preserved stave churches, and fascinating pre-Viking archaeological sites, such as Gardbergfeltet (the Gardberg Site).

Parts of the old Bergenske Kongevegen (the Bergen King's Road) trail, which once connected Bergen and Oslo in the olden days, also follow the Valdres valley. Nowadays, the modern E16 motorway will take you along the same route through the valley and over the Filefjell mountain pass. But nothing beats walking it yourself. The 100-km Filefjell stretch of the old King's Road trail has now been restored and links Norway's mountains with its fjords.

Fagernes, the largest town in the Valdres valley, is the gateway to the fantastic Jotunheimen national park and Valdresflya (the Valdres plateau), where Norway's giants (whether trolls or mountain tops) sleep and live. Here you'll find the country's highest mountain Galdhøpiggen at 2469m and some of the most ‘alpine' looking mountains that Norway has to offer. This part of the country has attracted some of the world's best mountaineers and outdoor enthusiasts for decades and with good reason.

Squashed in between the Valdres and Gudbrandsdalen valleys, is Norway's smallest national park, Langsua, home to Synnfjell, the mountainous area between the Lillehammer and Valdres regions. Spåtind, the highest mountain at 1414m, offers a fabulous 360-degree view of the mountains in six different counties, including those in Jotunheimen and Rondane. Originally called Huldreheimen – literally the home of the huldre (a seductive female forest spirit with a tail) – Langsua national park is a magical area, and serves as a kind of foothill to Jotunheimen. The area is also home to the 200-km Mush Synnfjell sled dog race that takes place each year in January, as well as the 370-km Jotunheimstien (the Jotunheim Trail).

As for water attractions, Oppland's star is no doubt the Mjøsa, the largest lake in Norway, which I introduced in my post on Gjøvik. Around it lies Norway's most fertile farmland located in the Innlandet municipalities of Toten, Land, Hadeland, Ringsaker and Stange.

Many of the farms around the Mjøsa open their doors in summer to tourists keen on experiencing authentic Norwegian farm life. They can choose from a never-ending supply from Minnesund and beyond, and sample the traditional fare, hospitality and history on offer.

The administrative capital of Oppland is the Olympic city of Lillehammer. Other major towns in the county include Fagernes, Gjøvik, Otta and Vinstra, all together making up a population total of almost 188,000 for Oppland.

The Olympics may have put Lillehammer on the world map, but a quick trip will show that its much more than its Olympic label, as can be attested by the tongue-in-cheek Lilyhammer TV-series starring American actor Steve Van Zandt.

Lying around Lillehammer are the cross country and downhill skiing parks that have made it a winter sport mecca. But Lillehammer, and Oppland in general, offer a tasty buffet for the outdoor enthusiast and nature lover regardless of season. If you're looking for real Norwegian wilderness and instant access to the great outdoors, then you can't go past what Oppland has to offer. Perhaps our neighbour Hedmark comes close, but we won't tell the Hedmarkians that. 😉 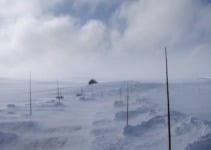 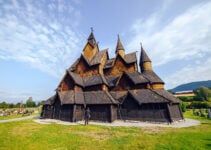 1 thought on “A Quick Guide to Oppland”