If you're sick of all the sun, sand and fresh orange juice of Florida, help is here!

Scandinavian Airlines (SAS) has this week launched a new route from Miami to Oslo. The nine-hour red-eye flight to Oslo on an Airbus A330-300 runs Mondays, Tuesdays, Thursdays and Saturdays, with the longer (10.5h) return flight on Tuesdays, Wednesdays, Fridays and Sundays. The airline has simultaneously launched a thrice-weekly route between Miami and Copenhagen.

The two new routes are the first SAS flights between Scandinavia and the south-east USA, and seem to have been set up to combat the long-haul competition from Norwegian. The low-cost airline has offered services from Fort Lauderdale to Oslo, Copenhagen, Stockholm and London for a couple of years now.

So, what's there to tempt Florida snowbirds away from the sunshine to Scandinavia? Quite a lot, actually!

Oslo is a great base from which to explore the west Norwegian fjords, the Norwegian Arctic, and even the rest of Scandinavia. A new range of budget hotels has made the capital the most affordable city in Norway for tourists.

The historic cities of Trondheim and Bergen are within easy reach of the capital by train. The former Viking capital of Norway, Trondheim is home to the world's northernmost medieval cathedral and a modern interactive music museum, while the hanseatic past of picturesque Bergen is a big draw for many.

Where will you go? 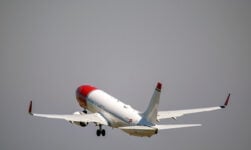