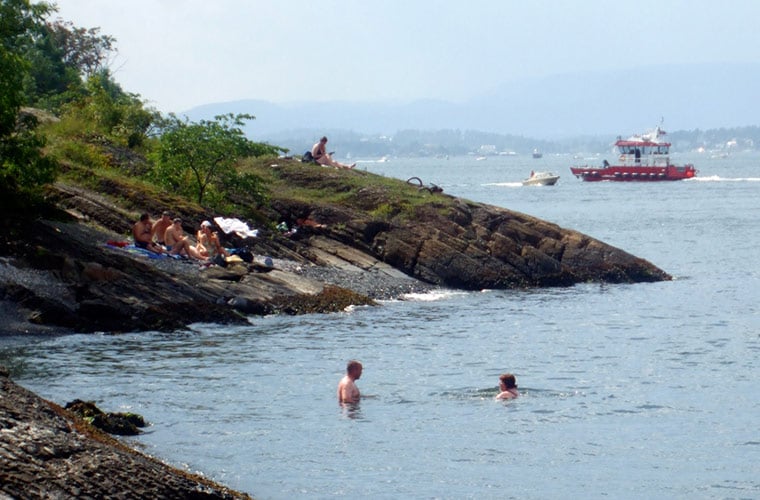 The closest island to Oslo, Hovedøya has a ton of interest in such a small space.

Phew, what a scorcher! Oslo's in the middle of a heatwave with temperatures in the high 20s if not touching 30C.

Today I chose to endulge in my favourite thing to do when the sun is out to play, exploring the islands of the Oslofjord.

I've previously been to Gressholmen and Lindøya, but today I chose the one closest to Oslo – Hovedøya – which translates to English as ‘the main island'.

It takes just a couple of minutes on the ferry from Oslo to reach Hovedøya and with the weather like it was, the ferry was packed. That's because Hovedøya is one of the most popular spots for swimming: 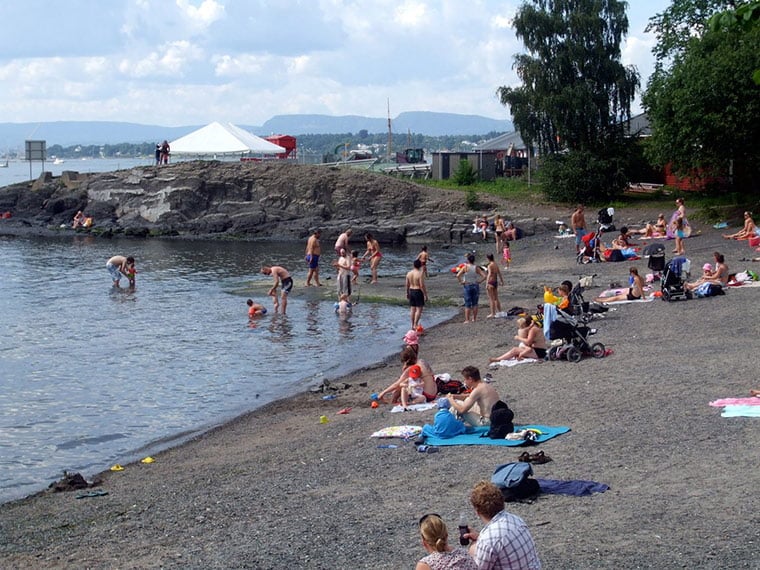 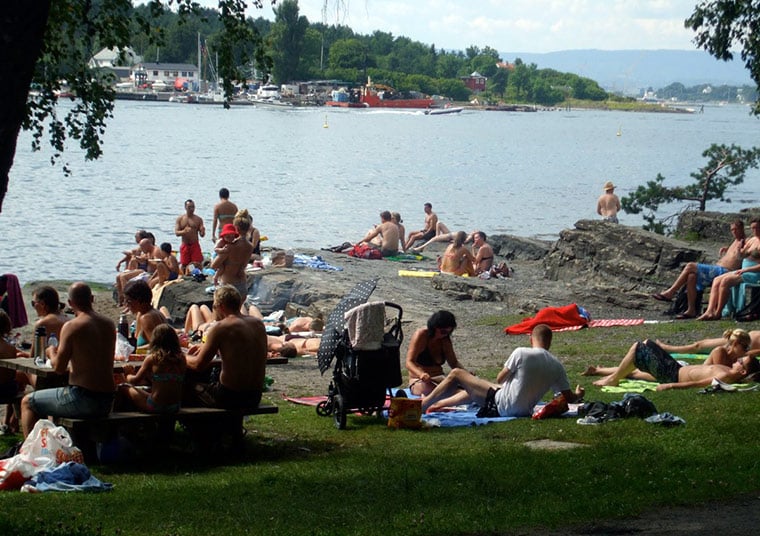 But if sun worshipping isn't your thing, there's plenty of other points of interest on Hovedøya too, particularly if you're interested in the history of Norway.

Most notable is the ruins of Hovedøya Abbey, a 12th Century Cistercian monastery built by English monks. The existing church on the island was built in Romanesque style, while the extended monastery was presumed to be Gothic.

The abbey stood for almost 400 years, until political turmoil during the succession to the throne led to the end of the monastery when the abbot chose the wrong side. The abbey was subsequently closed and burned down. 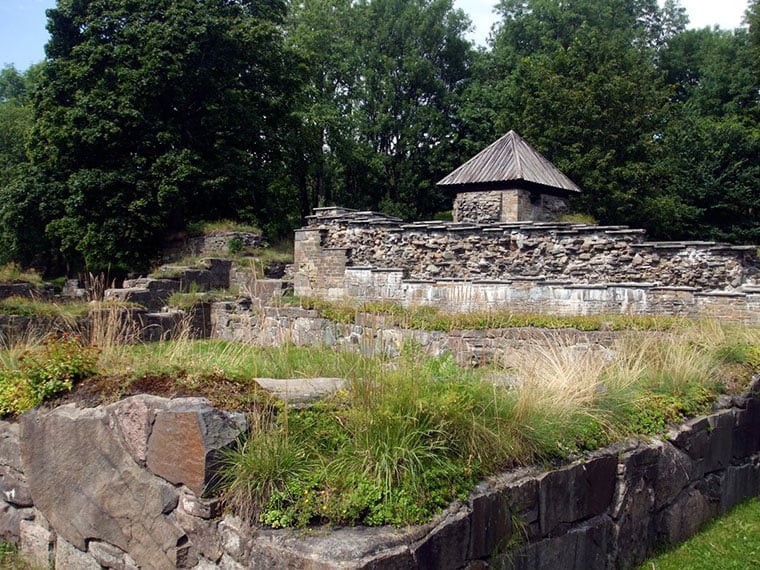 Next to the ruins there's a nice little cafe which serves really tasty pizza. And beer, ice-cream, pølser, you know, the usual. But no, I only had pizza! Oh and be aware, the cafe is only open during the summer.

Even with the high number of kids running about being kids (you know, REALLY annoying), it was a very peaceful place to stroll around and let your mind wander. 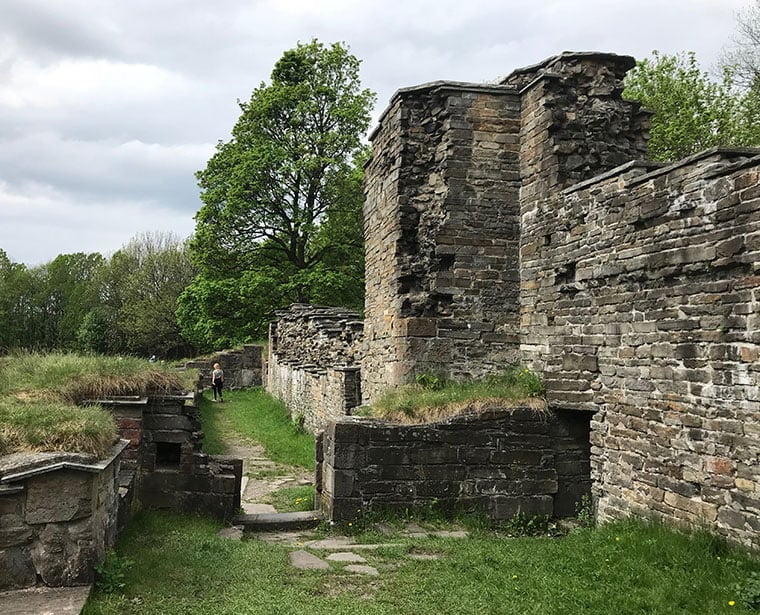 The rest of the island is split between open spaces and two nature reserves. The surprisingly dense forest is home to all sorts of trees, flowers and wildlife. Sadly this also includes a vast array of bees and wasps – be warned!

Exploring the forest, I came across two old buildings, which turned out to be former military installations. My eyebrows were raised when I first realised this, after all the island was so peaceful and a few moments ago I was wandering around the ruins of a monastery! 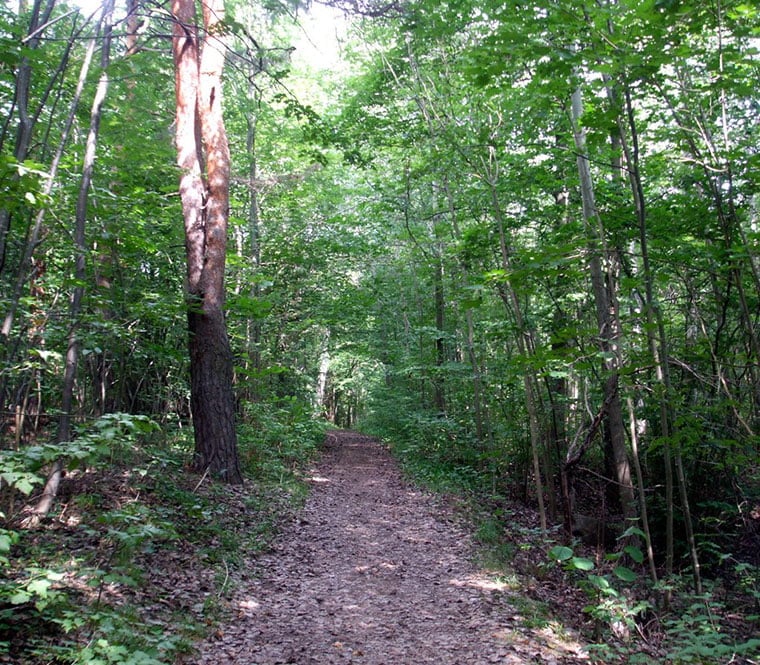 But when you think about it, it makes perfect sense. The Akershus Fortress, a medieval castle built to defend Olso, is very close to Hovedøya.

The island hosted two cannon batteries and was used as an arsenal for the fortress, storing such naughty things as gunpowder.

One of those buildings – this beautiful timber-framed building – has been lovingly restored and the ground floor is now open to the public as a gallery / studio space. The small exhibition I saw during my visit was entitled “The Home”, a series of paintings, watercolours and lithographs by the artist Edyta Sobieraj.

Inside the gallery I spied a piano and a set of speakers, so they must run some form of events there too. Inappropriate for somewhere so steeped in history perhaps, but I couldn't help feeling it would be an amazing location for a nighttime party. And here endeth my time on Hovedøya. Truth be told I spent too long in the sun. I'm sat next to a fan radiating heat as I'm writing this!

So, if you take a trip out to the Oslofjord islands on a hot sunny day, take plenty of sunscreen, bottles of water and a hat, because there isn't much shade.

My final photos were taken from the jetty as I waited for the ferry to return, showing how close Hovedøya is to Oslo. The very last one is from the ferry itself, as it carried me and a whole host of others back to the city 🙂