How much Norwegian must your child speak to attend a Norwegian school? Here is what you can expect if you enroll your child in a public school in Norway.

‘Mamma, today was a challenging day at school!’ my 15-year-old daughter says, sighing.

She moved ‘home’ to Norway almost three years ago after having spent her life moving around the world for dad's job.

An English medium IB school was traded for our local Norwegian school in the middle of grade 7 and she has worked hard on mastering school in Norwegian ever since.

‘I spent a whole hour trying to understand what the KRLE (religion, morals and ethics) teacher was talking about,’ she continues. ‘He kept referring to ‘helgen’ and I know that means the weekend, but it just didn’t make any sense. Why was he talking about the weekend?? And what does this guy Olav have to do with the weekend?’

‘‘En helgen’ means a saint,’ I mutter, trying hard not to smile. This is serious stuff to her. ‘Did your teacher refer to Sankt Olav, perhaps? Or Olav den hellige?’  ‘You know this, you just didn’t have the Norwegian word for it and misunderstood.’

Her head is in her hands, but I can see that she is smiling. Puh. Crisis averted. Again. Juggling languages is no joke!

Moving to a new country with children means choosing a school is likely one of the most important decisions you make.

‘School is the number one domino piece,’ a former client told me, discussing her family’s upcoming move to Norway. ‘Once we have landed on a school, everything else can line up around it.’

Parents in Norway can choose between the public school system and private school. Private schools are usually only available in larger cities, and they tend to fall in one of the two following categories: alternative educational platform (for example IB or Waldorf Steiner), or religious platform. English medium international schools fall in the first category.

While many migrant families, perhaps especially families who do not expect to stay in Norway beyond a short-term work contract, opt to send their children to international schools, many also choose the Norwegian public school system.

Information is key to making a choice that is right for you and your family.

‘All children in Norway must attend school for ten years,' informs Ny i Norge, a gem of a website containing information from public agencies in Norway:

‘Children start school in August of the year in which they turn six. All children staying in Norway for more than three months are entitled and obliged to attend school.

‘If the child has not been in Norway for three months, but is likely to stay in the country for more than three months, the child is entitled to go to school. All public primary/lower secondary education is free.'

Norwegian public school, often called fellesskolen (common school or unity school), is built on the underlying principle that a good quality, free of charge education should be offered to all children, regardless of social status, place of residence or academic ability.

The ‘free of charge’ is important; there are no tuition fees, but also very few hidden costs in the form of for example mandatory building fees, transportation costs or cost of books or materials.

Some municipalities have a so-called ‘elective school’ system, which means parents are free to choose a different public school, though a place will only be granted at the discretion of the individual school.

The instructional, that is teaching, language in Norwegian schools is Norwegian, with English taught as a mandatory foreign language from grade 1.

All lower secondary schools offer at least one of the languages Spanish, German, Russian or French as an elective foreign language from grade 8 in addition to English.

Students whose first language is not Norwegian or Sami have a right to special language tuition in Norwegian.

Before I proceed, a brief note on concepts is needed.

I use first language (førstespråk) about a language a child learns in her first years of life. This can be one language, two languages, three languages…. But for simplicity’s sake, I will continue with two languages.

Let’s say a child grows up in a home where the parents speak French; to the child, to each other, to family and friends in France and elsewhere perhaps using Zoom, but the dominant community language is not French. French is the child’s first language.

Assuming she lives in Norway, she might start Norwegian kindergarden at some point, where she may learn Norwegian as an additional language.

I use additional language (andrespråk) about languages you learn after a first language(s) has been established, in an environment where that language is used as the community language.

A foreign language (fremmedspråk), on the other hand, is learned after the first language(s) has been established, but through formal learning, like a classroom setting. A foreign language is not the community language.

Our fictive little girl could go on to learn German as a foreign language in Norwegian school.

It is important to say that being bilingual or multilingual is the norm worldwide, and it should, in my opinion, be seen as a gift and a resource. It does, however, not mean that you are Google Translate.

Learning and maintaining language skills requires effort, planning, input and motivation – which is why it is important for those of us who raise children with more than one language to offer support alongside and in cooperation with school.

Your rights as a non-Norwegian speaking pupil

The student body in Norwegian classrooms is not necessarily mono-lingually Norwegian.

It is up to the individual school to evaluate each individual child’s language and instructional needs and offer appropriate special language instruction.

Here is what you can expect if you enrol your non-Norwegian speaking child in a public school:

A mapping of the pupil’s Norwegian skills, other language skills and educational background. The initial conversation should be in a language the pupil knows well, and you can expect a bilingual teacher or interpreter to be present if required.

Learning a new term for an already established concept (for example, remembering that helgen is the Norwegian term for saint, a concept one is already familiar with) is significantly less challenging than learning helgen not just as a term but as a new cognitive concept in an unfamiliar language environment.

An individual decision on whether the pupil is entitled to language support. The decision (enkeltvedtak) should contain the pupil’s name, details of support offered – what, how and why – as well as estimated length of special language instruction.

There is no maximum length of support, but the perceived need will likely be reevaluated with regular intervals.

If the pupil’s language skills indicate that he or she has a right to Norwegian special language instruction, this right remains until Norwegian skills are deemed strong enough for the student to follow mainstream education.

Special language instruction (innføringstilbud), focusing on learning Norwegian as an additional language. This can be offered in a separate additional language class or -school, or integrated in the mainstream class, depending on the municipality’s resources and circumstances.

Stavanger is a good example of a city offering special language instruction as a separate program, with Johannes Læringssenter supporting non-Norwegian speaking students of all ages.

It is important to remember that although special language instruction may come in various forms, they all have the same overriding goal: enabling students to follow mainstream education in Norwegian.

This can be called a transitional model for bilingual education, supporting the student’s first/mother language(s) towards building additional Norwegian language competence.

In education and research, according to Joke Dewilde, associate professor with the University in Oslo, multilingualism is increasingly seen as a resource to be reckoned with, in all subjects, for all students. Perhaps multilingual classrooms are the future?

As parents, we need to be informed and consider the language needs our children, and our families, have.

Contrary to what some people say, children are not little sponges who soak up language skills seemingly effortlessly so long as we just throw them into the right bathtub.

They need our informed support and motivation alongside the school's effort to succeed, with both school and home languages. 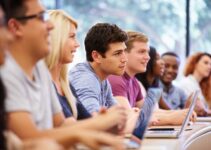