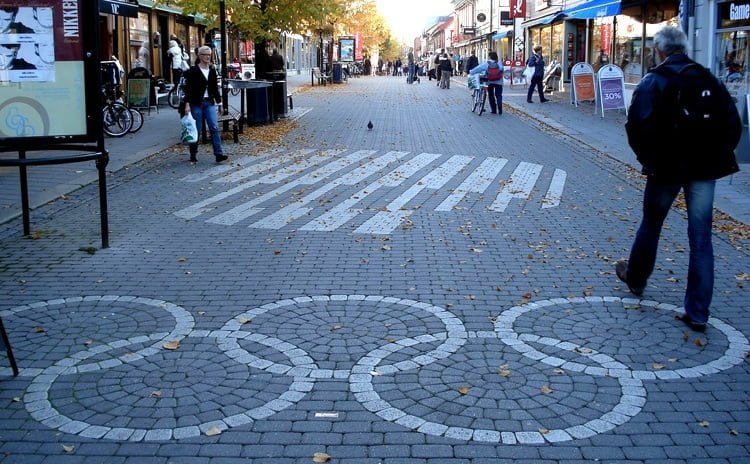 Back in 1994, the eyes of the world were on Lillehammer.

Despite the homophobic and environmental controversy, in one week's time the world's attention will fall on Sochi, Russia, for the 22nd Olympic Winter Games. It will also mark twenty years since Scandinavia last hosted the event.

The 1994 Lillehammer Olympics were memorable for so many reasons, but perhaps most of all for turning the world's attention on such a tiny town: the population of Lillehammer is just 26,000.

Nowhere as small has come close to hosting the world's biggest sporting event since then, so it's understandable that the memories of 1994 loom large. From the logo-emblazoned manhole covers to the Lysgårdsbakken ski jump towering over the town, everywhere you look there's a constant reminder of those two weeks when the whole world knew about Lillehammer. 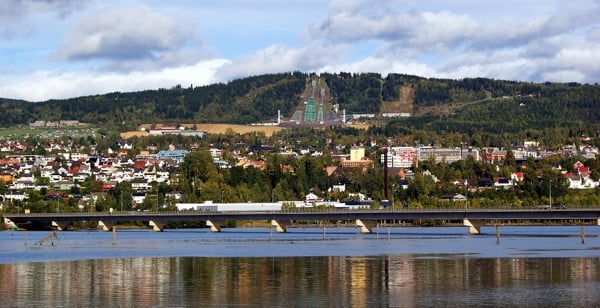 These days, many visitors see Lillehammer as a quiet town. I sure did when I first visited in 2012, as the town centre was almost deserted on a Saturday morning. But it didn't take long to realise it was because the locals spend their precious leisure time in the mountains, taking advantage of the facilities very few towns of its size are blessed with. Local children zoom around the Olympic arena on sledges and skis, perhaps dreaming of their own future Olympic glory. 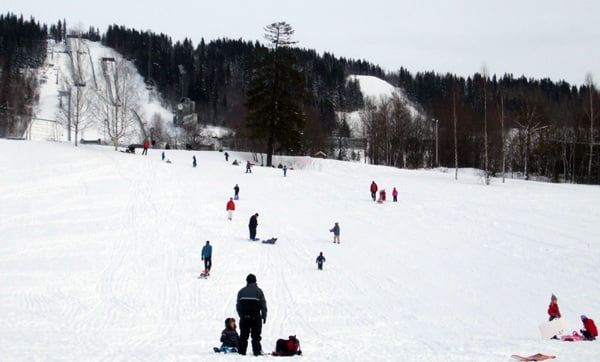 I spoke to local professor Thor Andre Skrefsrund, who lived in Lillehammer during the Games:

“Living in Lillehammer during the Olympics was a surreal and exciting experience. I was 22 at the time, and worked for the French Olympic committee as a driver and a janitor. The committee rented locations from my local church, and since I knew the place I was hired.”

“This was very controversial, however and made headlines in the newspaper – “church becomes pub”! But the congregation made enough money during those 14 days to hire a youth minister for a year after the Olympics.”

“My job was to drive the French guests to different events, picking up people at the airport, facilitate press conferences and guiding the guests to a place where they could buy wool underwear… Because, as I remember it, it was really cold, and beautiful weather, -20 degrees and sunny both weeks.”

“I think the whole region has profited on the Olympics on a longer term. The arenas are used a lot, the roads were upgraded, Gardermoen airport was build. And when I visit Lillehammer now I experience an interest for sports which is not the same elsewhere. People going skiing, cycling and so on. So, it was fourteen intense days, but I am very glad to have been a part of it.”

Twenty years on, the investment in facilities continues to pay off. Lillehammer is preparing to host the Winter Youth Olympics in 2016, while the annual Birkebeinerrittet, a 92km cycling race ending in the town, draws around 17,000 participants every year. International broadcasters have given the town a welcome boost in recent years, too.

The BBC's Top Gear filmed a hilarious Winter Olympics special in the town, sending a rocket-powered Mini down the ski jump. More recently, Steven Van Zandt's Lilyhammer showed the town in a new light, with the dramatic first series finale set in and around the playgrounds of Hunderfossen. Whether the shady underworld portrayed in Lilyhammer is accurate is moot. Van Zandt's character Frank chose Lillehammer because of his Olympic memories. He's not the only one.

This is an adaption of my article that originally appeared in the January 2014 edition of SCAN Magazine. Photo credits: T Magliary & M Taggart