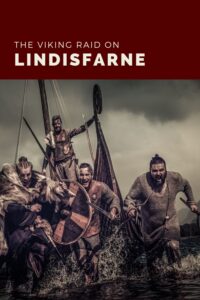 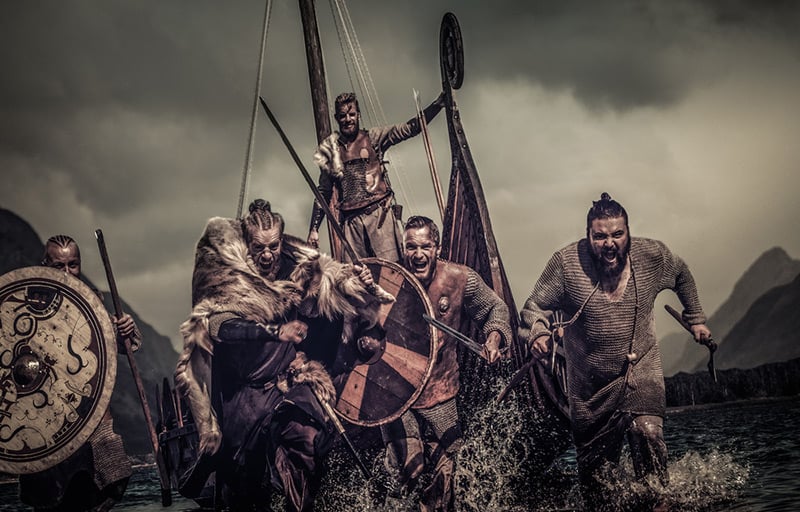 The northmen's unexpected, vicious attack on the monastery at Lindisfarne in 793 is widely regarded as the beginning of the Viking Age. Here is the fascinating story of the Lindisfarne Viking raid.

I was in primary school when I first learned about the Lindisfarne Viking raid. For whatever reason, the image of Viking ships sailing across the sea to raid new lands stuck with me for decades to come.

Yet it's only in recent years now that I'm living in Scandinavia that I've learned so much more about that raid.

First things first, word on history. Despite the runestones, Vikings didn't record many of their adventures in writing. Instead, they were oral storytellers. Many of the tales were not written down until the Icelandic sagas centuries later.

However, we do have written historical records from the Lindisfarne, from the perspective of the Northumbrians. This is why we are able to talk with greater confidence about Lindisfarne than many other elements of the Viking Age.

Two leading historical sources include excerpts from the Anglo-Saxon Chronicle, and a letter from the monk Alcuin to Bishop Higbald. This was a reply to the original letter from Higbald to Alcuin, which likely contained many details of the raid. Sadly, we only have the reply.

With that mind, read on for the full, fascinating story about the Viking raid on Lindisfarne.

As mentioned before, the Lindisfarne raid was not the first time people in the British Isles encountered the seafaring Northmen. In fact, England was targeted six years before, as recorded in the Anglo-Saxon Chronicle: 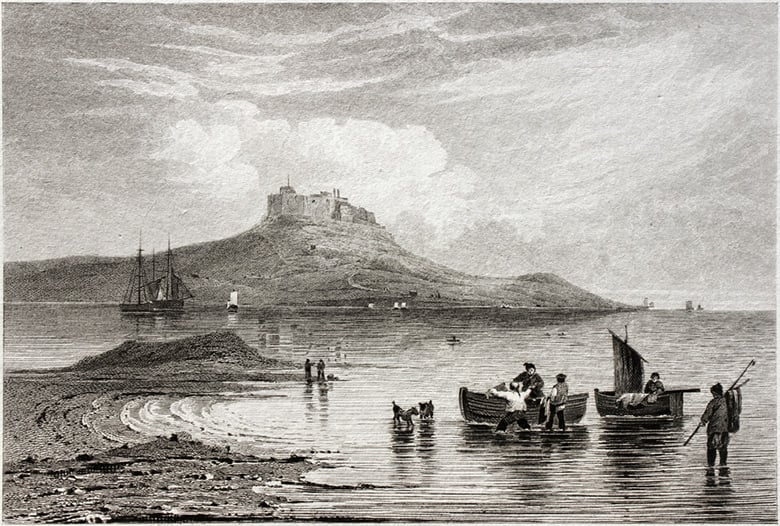 “A.D., 787. This year King Bertric took Edburga the daughter of Offa to wife. And in his days came first three ships of the Northmen from the land of robbers. The
Reve then rode thereto and would drive them to the king’s town; for he knew not what they were, and there was he slain. These were the first ships of the Danish men that sought the land of the English nation.”

The importance of Lindisfarne

Established in the mid-7th century, the monastery and bishopric at Lindisfarne grew to become the became the centre of a highly successful conversion mission.

As the monastery held the relics of St. Cuthbert, appointed bishop of Lindisfarne in 685, it soon became a place of pilgrimage for believers. Following the death of the healer Cuthbert, many miracles were reported at his shrine.

With this increasing importance came increasing wealth and power. Gifts were given from royal figures and at the time of the raid, Lindisfarne likely held many riches including precious liturgical objects.

One of the reasons the Lindisfarne raid is considered the start of the Viking Age is the major impact it had upon the Christian world in Britain and beyond. Lindisfarne, also known as the “Holy Island” was described by the monk Alcuin as “a place more sacred than any in Britain.”

Where did the Lindisfarne Vikings come from?

Wait, didn't the Chronicle reference Danish people? As told by a Viking researcher on the Life in Norway Show, Danes or Danish was a catch-call term and not necessarily used to refer to people from what we now know as Denmark.

That's because in Alcuin’s letter to Higbald, he writes that the raid was a product of, “a voyage not thought possible.” We know that people from Denmark had already been to the British Isles, so the implication is that the Lindisfarne crews travelled from much farther away.

The Anglo-Saxon Chronicle notes: “793. Here terrible portents came about over the land of Northumbria, and miserably frightened the people: these were period flashes of lightning, and fiery dragons were seen flying in the air. A great famine immediately followed these signs, and a little after that in the same year on 8 January the raiding of heathen men miserably devastated God’s church in Lindisfarne island by looting and slaughter.”

It is certainly believed that the Viking longships arrived during stormy weather, or at least not on a clear day.

Recent experiments have shown that an approaching longship could have been sighted from Lindisfarne with one-hour's warning, but those at the monastery were taken completely by surprise. Given the earlier raids elsewhere in the British Isles, the sight of an approaching longship would surely have caused panic and instigated preparations.

It's interesting to note that despite the January date given in the Chronicle, the real date is commonly believed to have been June. The written description of the attack itself is very brief.

All we know is that the church was destroyed, goods were stolen and blood was shed. However, the emphasis on the preceding omens highlights the significance of the raid from the Anglo-Saxon perspective.

Alcuin termed the event an “unprecedented calamity,” as he described the church as “spattered with the blood of the priests of God, despoiled of all its ornaments.” He went on to say the pagans “trampled on the bodies of saints in the temple of God, like dung in the street.”

The legacy of Lindisfarne

Later sources explain that the Viking raid was so terrifying to Christians because of the great violence inflicted but also because a Christian sanctuary was vandalised by pagans.

Occasional events mark the raid, which has been imagined, reimagined and immortalised in many TV shows and Viking movies over the years.

The Holy Island remains a place of pilgrimage to this day. But it's also a popular tourism destination, no doubt helped by its association with the Viking Age. The evocative ruins of Lindisfarne Priory along with the 16th-century castle built to defend the island against attack from the Scots and Norsemen are popular draws.

Early in 2020, a rare playing piece from a Viking board game was discovered in a ditch on the island. Was it brought over by one of the raiders in 793? No-one knows.

4 thoughts on “The Viking Raid on Lindisfarne”