Discover the history of the Norway's flag and why it says so much about the nation as whole.

In most cases, the flag of a nation is such an evocative symbol. Its patterns and colours immediately evoke strong feelings of national pride in its citizens. To others, it may evoke equally strong feelings and perhaps negative stereotypes. Flags are fascinating, so it's about time we explored the Norwegian one.

The flag of Norway has been a sign of national pride, identity and independence for more than 100 years. The current flag is made up of a red field and a dark blue Nordic cross with a slim white border. The cross is slightly off-centre, closer to the hoist side.

The colours of the Norwegian flag are widely recognisable but its history, at least outside of Norway, may be less so. From the early history with a golden lion to the days of the Scandinavian unions, the Norway flag has had quite the journey. All variants have played their part in the evolution of the flag to one we recognise today, “the pure flag of Norway”.

Read on to learn how historical events helped shape the iconic red, blue and white flag we know today.

In 1318, the flag of Norway was more like a banner. It had a red background and a golden lion in the centre, Duchess Ingebørg's seal: 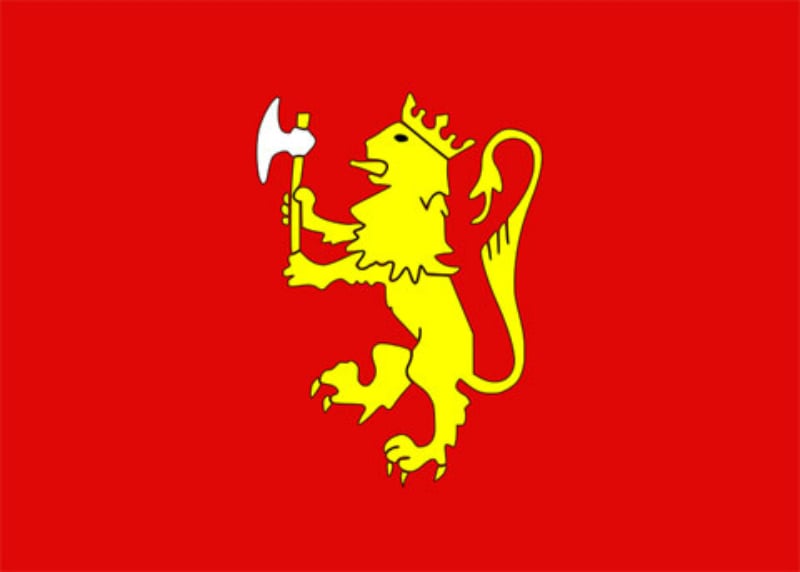 Although this flag/banner dates back to King Håkon Håkonsson (1204–1263 AD), the first usage of the coat of arms can be traced even further back, as Snorri Sturluson (1179–1241) notes. The Icelandic historian and writer claimed it even pre-dates King Håkon Håkonsson’s reign.

Norway's flag during the union with Denmark

Up until 1380 AD, Norway was an independent country. But that changed when the Danish and Norwegian throne was inherited by Olaf Haakonsson, which in turn created a union between Denmark and Norway. At this time, the union effectively resulted in Norway adopting the Danish flag from the 1600s. 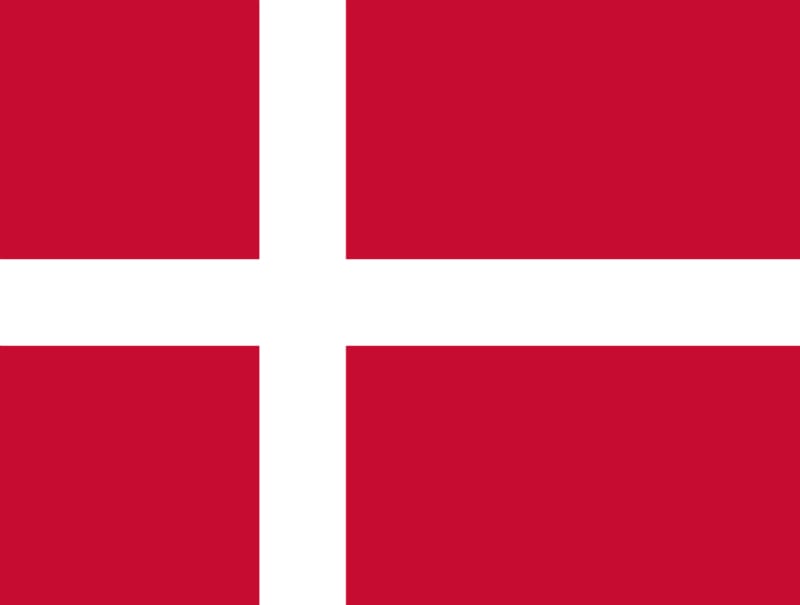 The 400-year union with Denmark was a dark time for Norway and the era commonly referred to as “the 400-year night“. Which also incorporated the Kalmar Union (a union between Denmark-Sweden-Norway) between 1397 and 1523, in which they were under one ruling monarch.

The connection with the Danes was a period that lasted until the Napoleonic wars (1803–1815), where the Danish kingdom was defeated in 1814. The loss resulted in King Christian Frederik giving up Norway, ceding them to Sweden.

Norway's flag during the union with Sweden

Following the union with Swedon, Norway retained the ‘Daneborg’ flag, but with a small adaption, the Norwegian lion was added to the top left corner: 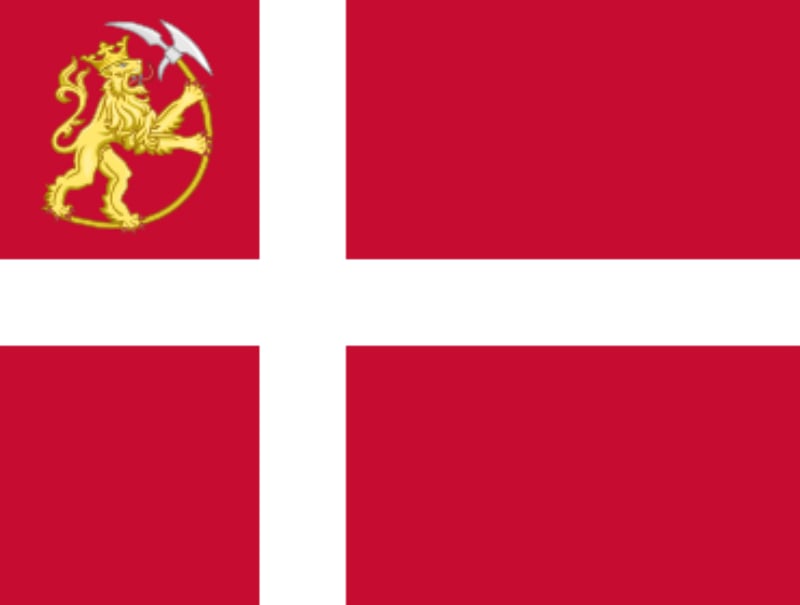 The modified Danish flag was in use until 16 May 1821, at which point a new Norwegian flag was agreed upon. Businessman and politician, Fredrik Meltzer, submitted a draft that the National Assembly liked. And so the flag we recognise today was born.

It is said that Meltzer’s son sketched a blue and white flag when he was actually trying to draw the Danish flag.

The colour scheme of red, white and blue were at the time recognised as colours of freedom and were used other dominant flags such as the French, American and British flags. The new colour scheme helped Norway connect to its current commitments, Sweden represented by blue, while still recognising its past and the red and white of Denmark.

Next came the “herring salad”, adapted merchant flags used by both the Norway and Sweden between 1842 and 1898. Both Norway's and Sweden's flag were merged into smaller emblem which was incorporated into the top left-hand corner of their respective national flag. 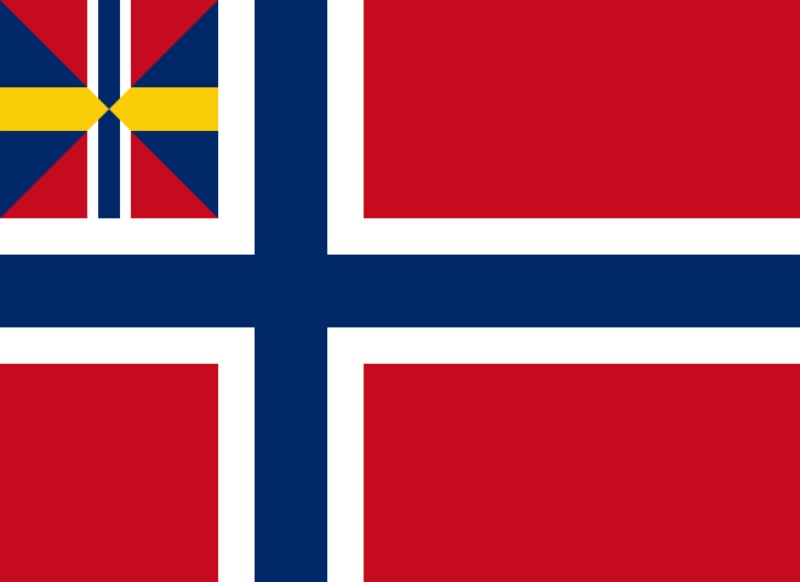 Independence and the current flag

Norway yearned for freedom and independence, which led to a return to the “pure Norwegian flag” that was introduced in 1821. Norwegian writer Bjørnstjerne Bjørnson was instrumental in the movement. His positive momentum was resisted by many of the country's sailors who were against the change.

On 10 December 1898, the flag was approved. However, for the subsequent seven years, the new “pure flag” was mostly hoisted only on dry land, not on naval vessels.

Then, on 10 June 1905, when the union between Sweden and Norway came to an end, finally the “pure Norwegian flag” could be hoisted, not just on land but on fortifications and its naval vessels. To this day, Norwegians have never been more proud to wave their red, blue and white Norway flags.

The country has designated “flag days” on which all public buildings fly the flag, along with many private householders. Of course, the most famous of these is the Norwegian national day on 17 May.

Norway shares the basic flag design with most of the other Nordic nations and dependencies. Denmark, Faroe Islands, Finland, Iceland, Sweden, and even the Åland Islands all make use of the Nordic cross. You can read more about the history of this flag concept here.