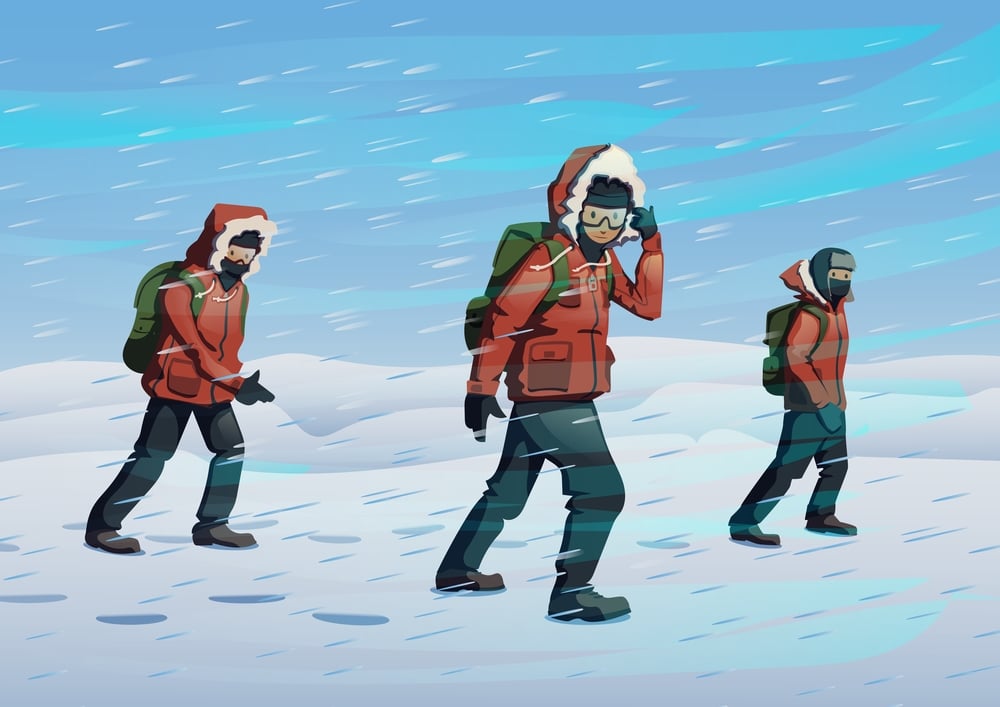 Norwegian explorers are some of the world’s greatest, especially when it comes to the polar regions. We take a look at some of the most famous names.

Since the time of the Vikings, Norwegians have been explorers. Being a hardy northern people makes them ideal for exploration in the harsh climate of the North Atlantic and the polar regions.

Some Norwegian explorers are widely known around the world, rightly so, for their discoveries and exploits. Some have been usurped by later explorers stealing their thunder and becoming more famous. Others are simply lost to the ether, with just a name on a map or a square in a town to show for it. 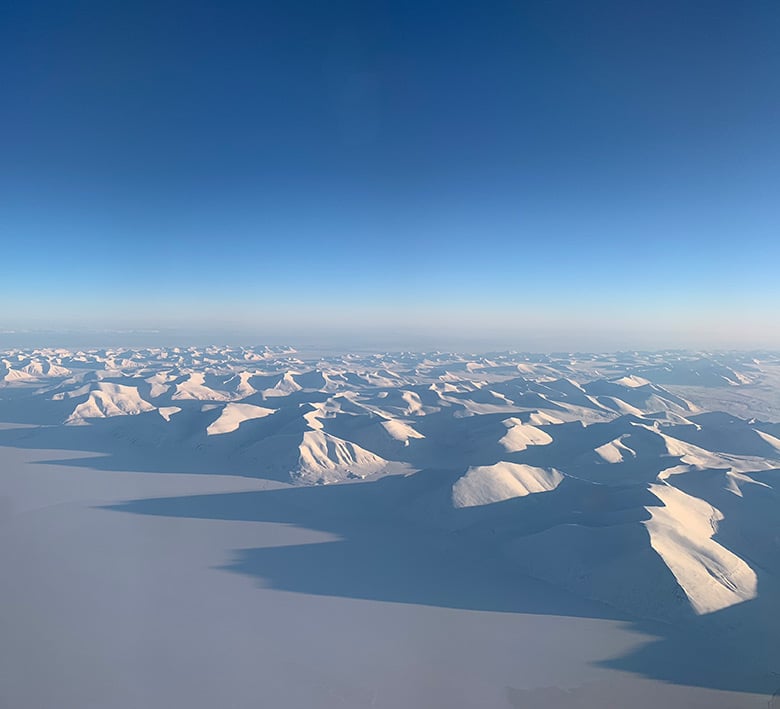 Here, we guide you through some of the most brave and fearsome explorers that Norway have given the world.

It might not sound like much to say ‘Erik the Red founded Greenland’ but logistically nowadays that would be on a par with ‘founded a Moonbase’! The island had previously been discovered but its distance from Norway and the sailing conditions didn’t exactly make for plain sailing.

You might, however, call Erik the Red an explorer of necessity. He ‘moved’ from Norway to Iceland initially when he was exiled for ‘some killings’. Erik, however, hadn’t learnt his lesson because not long later he was banished from one town for killing a man who killed some of his slaves.

Shortly after, he was exiled from all of Iceland for killing some more men. This time he decided that maybe settling that island that he’d heard about to the West might be a good way to keep out of trouble!

Off he set and upon reaching the island he sailed the coast until he found a suitable site for settlement. Once there he called the land Greenland, in the hope that it would make the place sound attractive enough for others to join him. Perhaps Erik’s biggest legacy, however, was a son called Leif.

While not 100% Norwegian, Leif Erikson sure did enough to be included on this list!

Leif lived with his father on Greenland and, once summer, decided to travel back to Norway for a visit. This he did and met with King Olaf and converted to Christianity. Leif was then tasked with returning to Greenland and spreading the religion there, a task he took to with great relish.

Leif’s interest, however, had been piqued by a tale from another sailor of a rich green land to the West that had been seen on another voyage when his ship was blown off course. Quite what tipped this interest over into an actual voyage is unclear – maybe it was the need to timber – but off Leif set with a crew, to the mysterious verdant land to the West. 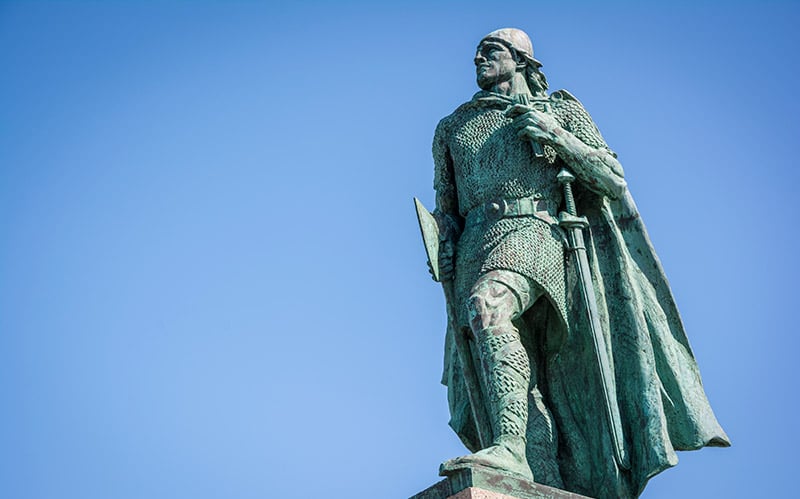 This land we know today as North America – or specifically Canada. Leif and his crew stayed there until Spring, christening the area Vinland, and then returned to Greenland laden with supplies that were much needed back home.

So, if anyone ever tells you that Columbus ‘discovered the Americas for Europe’ you can point out that a Norwegian by the name of Leif Erikson got there only a short 400 years earlier!

As probably the hardiest Norseman of the modern era, Fridtjof Nansen was not only an accomplished sportsman and academic, who later went on to become a diplomat and humanitarian, but in the middle he was also a crazy explorer.

Rather than take the easy option, Nansen would frequently set his trips up to be ‘death or glory’ meaning that survival was the only option. His first idea was to be the first to cross Greenland. Noticing that if you cross from the inhabited part in the West to the harsh barren wasteland of the East your trip is twice as long as it needs to be.

Instead, Nansen got as close as possible with his ships to the East before getting closer on smaller boats. Once he reached the frozen ice shelf, further away from his start point than planned, he then managed to recalculate his voyage and complete it successfully!

Nansen then went on to design Fram, a ship that was intended to lock itself in polar ice and use currents to drift towards the North Pole. It wasn’t actually successful at reaching the North Pole, but it lived on for many years as a vessel for ice-bound exploration.

Initially joining Fridtjof Nansen’s expedition to cross Greenland, Sverdrup then helped Nansen to get Fram built and joined him on the first expedition to the North Pole, acting as captain of the ship when Nansen left.

After this, Sverdrup embarked with Fram on an expedition to sail all the way around Greenland, via Baffin Bay. He failed in this attempt as he couldn’t traverse the Nares Strait, He overwintered on Ellesmere Island and, instead, turned his attention to exploring and naming various peninsulas and fjords that he found there.

He explored the Canadian Arctic for three more winters, discovering three Islands to the West of Ellesmere – Axel Heiberg, Ellef Ringnes and Amund Ringnes – which, along with three other tiny islands are known as the Sverdrup Islands.

Otto claimed the islands for Norway, but Norway had no interest in them until 1928 when they used them as a bargaining chip with the UK. In 1930, two weeks before Otto Sverdru died, Canada gained the Sverdrup Islands. In return, Norway got Jan Mayen – an Arctic Island of almost no interest, other than the large area of fishing rights it brings!

Amundsen is a key figure in the exploration of both the South and North poles. 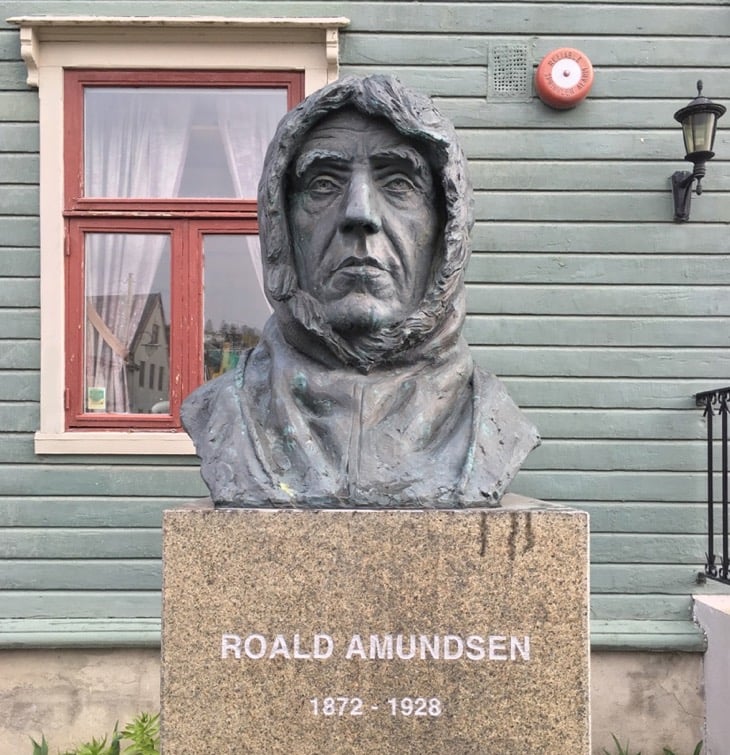 His first expedition was a first mate on the Belgian Antarctic Expedition – the first ever to overwinter in the region. This was likely not by design, however, as they got stuck in the ice and barely survived!

Next came the first ever traversal of the Northwest Passage during which Amundsen spent time learning survival techniques from the Inuit people that may have led to his later success.

Next came his trip to Antarctica. He was initially trying to fund a trip to the North Pole but failed once the Americans claimed that feat. Setting sail on Nansen’s ship, Fram, he ended up setting up a race to the South pole with the British explorer Robert F. Scott.

Amundsen won, as history notes, and Scott’s voyage ended in tragedy. It’s likely that Amundsen’s time with the Canadian Inuits led directly to his success.

A few years later, he successfully navigated the Northeast Passage and then had a semi-successful exploration of some parts of the Arctic. His final achievement was to become the first person to visit both poles, when he flew to the North Pole in 1926.

As well as all of these, honourable mentions should go to many more Norwegians with the thirst for exploration.

Thor Heyerdahl set out from Peru on nothing more than a balsa raft. His aim was to demonstrate that it’s possible that the Polynesian Islands were settled from South America rather than Asia.

Helge Ingstad and his wife Anne Stine were archaeologists and explorers who discovered the Norse settlements at L’Anse aux Meadows in Newfoundland. These remains are believed to have been left over from Leif Erikson’s visit to Vinland around 1000 years ago.

More recently, in 2006, Tormod Granheim was the first to descend the North Face of Mount Everest on skis. He also led an attempt to cross the Atlantic in a reed boat, though this was not ultimately successful.

From the beginnings of human history, the Norsemen have been at the forefront of global exploration and this is a tradition that continues today.