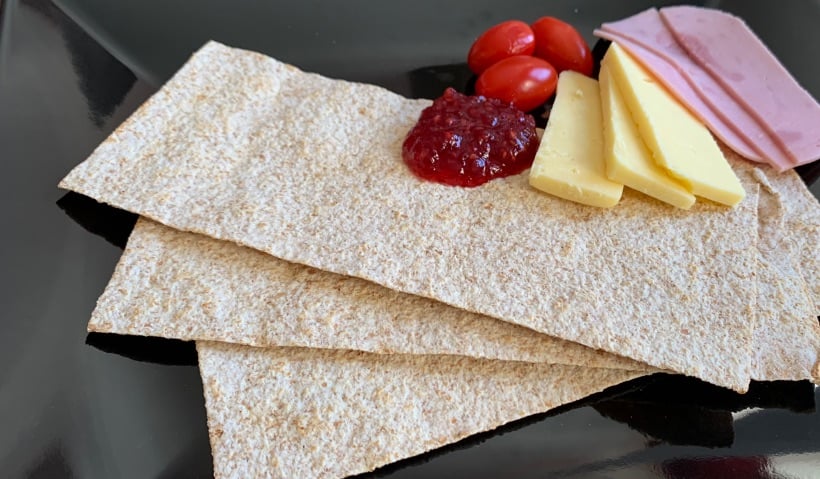 The history of Norwegian flatbread and how it became a traditional favourite in Norway. There's also a recipe so you can try making some yourself.

Norwegian flatbread (or flatbrød in Norwegian) is a traditional food favourite in Norway and has been for hundreds of years. It's a very thin, crisp bread that requires no raising agents, just a simple set of ingredients and an easy-to-follow method to make.

In Norway, it pops up everywhere. It can be found in some fancy restaurants, topped with caviar and a sprig of rocket. It’s also a handy food to take on long hikes, as toppings can be added latter.

Rather interestingly, its history in Scandinavia can be traced all the way back to the days of the Vikings.

Many historians believe this type of flatbread was a staple part of a Viking diet. And because it consisted of just a small number of ingredients, it was a simple dough for them to make, transport and store.

In most cases it was made of ground barley or oats and needed only a flat surface or griddle to cook. It was also a thin dough which meant it baked rapidly over the fire.

And just like modern-day variations, it could be topped with or accompanied by many other foods. Flatbread was high in fibre and the daily bread of the Viking lifestyle.

Since the days of the Vikings, flatbread recipes have made their way through families, from generation to generation. During the last 1,000 years, the process of making flatbread has been considered a precise one, an art form almost. 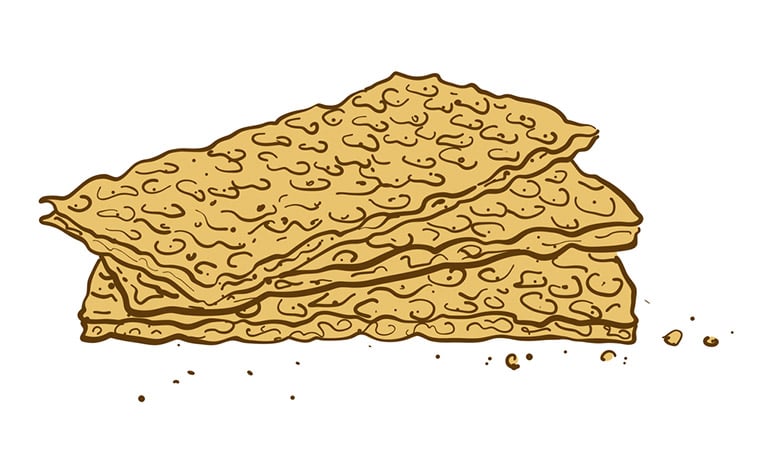 It was the women in families who were the ones expected to stay at home and bake, while the men went out hunting or fishing. These women were sometimes known as ‘bakstekjerring’ (or baking wives in English) due to their hard-working nature in the kitchen and because of their dedication to baking.

In the twentieth century, commercial production arrived, as a result, home baking of flatbread dwindled somewhat. And as the century wore on, home baking lessened further still.

Today a few brands can be found in most Norwegian supermarkets. But if you have some time on your hands, why not try making your own?

Making your own Norwegian flatbread is a relatively easy practice. It consists of just four ingredients:

And finally, some flour – or to get as close to a traditional texture as possible, some barley flower – for kneading.

No two flatbreads will be the same. Sizes will vary, thickness will change from batch to batch and occasionally texture will be slightly different. The main thing is that it’s edible, and with lots of tasty toppings to choose from, it often is. 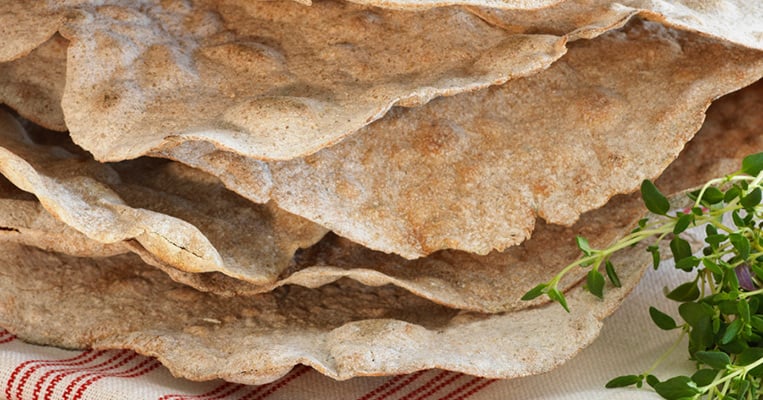 How to make Norwegian flatbread

Now you know the ingredients are, why not try and make you own Norwegian flatbread …

1. The first thing to do is combine all the dry ingredients.

2. Next, fold the milk into the mixture. It will come together fairly quickly, but remember to mix well – it is important to ensure there are no dry parts of the mixture left anywhere. When it’s done, it should look and feel like a damp paste rather than a bread dough.

4. Next, sprinkle some flour onto a clean worktop and work the dough into a log. Divide into smaller pieces but remember to ensure it will fit into your frying pan when rolled flat.

5. Roll it flat with a floured rolling pin. For thickness, aim for the same thickness as a 1 krone coin. For size, there are no rules, as long as it fits in your pan once flattened. Smaller flatbreads are fine too but make sure you don’t to go bigger then your frying pan, for obvious reasons!

6. Finally, heat your pan to a medium heat. Remember, no oil is required! Then, transfer your first rolled flatbread into the pan. A good tip here is to wrap the flatbread around the rolling pin in order to transfer it to the pan.

7. Each flatbread should take between 1 or 2 minutes each side and this will vary depending on the size you are working with. Remember to flip the flatbread once it starts to harden. Repeat the process for the remaining portions.

8. If you find some flatbread didn’t totally cook through, they can be placed in a low/medium heated oven for several minutes. Just remember to keep a close eye them if you use this option.

How to store Norwegian flatbread

Because of the simplicity of this flatbread recipe, and the fact that it is an unfermented baked good, it can be stored for much longer than other breads. It’s not uncommon for it to last for years, if it's stored in the correct way.

The Vikings may have stored in things such as barrels or similar vessels but a simple airtight plastic container will do the same job today.

There are no right or wrong answers when it comes to toppings, sweet or savoury topping work just as well, you can even combine the two!

An English variation might include strawberry jam and some thick, double cream, while an American alternative could be peanut butter and jelly.

The flatbread really comes into its own when its topped with savoury items. From soft cheeses, sun-dried tomatoes, to an abundance of flavoursome herbs. My personal favourite is smoked Norwegian salmon, a helping of sweet chilli sauce and soft cheese.

Whatever you choose, I’m sure it will be delicious.