Norway's budget airline has announced a further expansion of their international operations. A weekly route from Oslo to Las Vegas will start from November 2016. Following great demand, the airline will also add a second weekly flight between Oslo and Los Angeles.

Norwegian will now fly between Oslo and Los Angeles on Wednesdays and Sundays.

“This is good news for all enthusiastic Norwegian travellers. Las Vegas is one of the world’s most well-known cities and we are very pleased that Norwegian has set up this route,” says Vice President of Traffic Development at Oslo Airport,” Jasper Spruit.

These routes that are shaking up the long-haul market between Europe and the USA. The combination of low ticket prices and comfortable planes has struck a chord with travellers on both sides of the Atlantic, and caused the American airline industry to hit the panic button.

Norwegian has long planned to fly to the USA from Ireland but its Irish subsidiary has been waiting over two years for the necessary permission from the American authorities. The European Commission has said the delay constitutes a breach of the Open Skies air traffic agreement between the EU and the USA. Norwegian CEO Bjorn Kjos has said he expects the dispute to go to arbitration.

The other side of Vegas 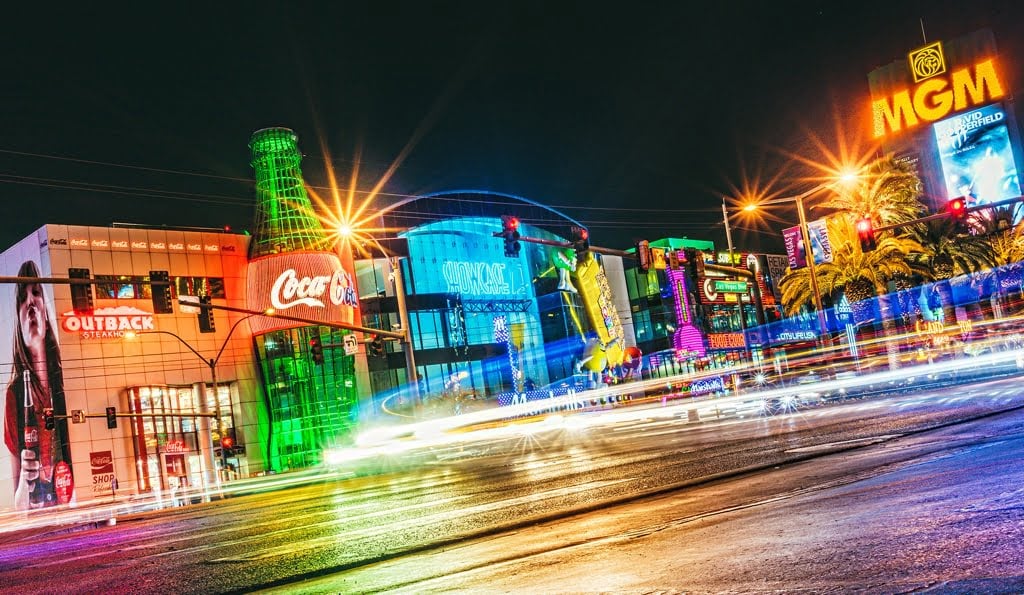 Love it or hate it: Gambling drives the economy of Las Vegas. But there's plenty more reasons to visit the desert city that don't involve dice, cards or slots. Here's five:

It's cheaper than you think

Just because it's a gambling centre doesn't mean everything is super expensive. Quite the opposite in fact. Due to the fierce competition between the major resort hotels, it's possible to snag decent-sized rooms in five-star hotels for the same price as a standard run of the mill hotel in Oslo.

Unknown to many, Las Vegas is one of the world's primary food destinations. Chef Paul Bartolotta flies in fresh seafood daily from Italy to his restaurant, while the city has the greatest concentration of French cuisine outside of France.

Tiffany, Prada, Armani, there's designer names on every corner in Vegas. But it's also possible to pick up a bargain at the Las Vegas Premium Outlets mall or the Fashion Outlets Las Vegas.

There are now seven Cirque du Soleil shows in Las Vegas, plus a dazzling array of concerts and musicals every night of the week. Cheap tickets can often be bought on the day from booths scattered all around the city.

Use the city as a base camp

Within just a few minutes of leaving Vegas, you can be hiking in the beautiful Red Rock Canyon. Mount Charleston, just north of the city, towers 3,500 metres above the valley. Death Valley, the Grand Canyon, Zion National Park, Bryce National Park, Lake Powell, and the Hoover Dam are all within easy reach too.