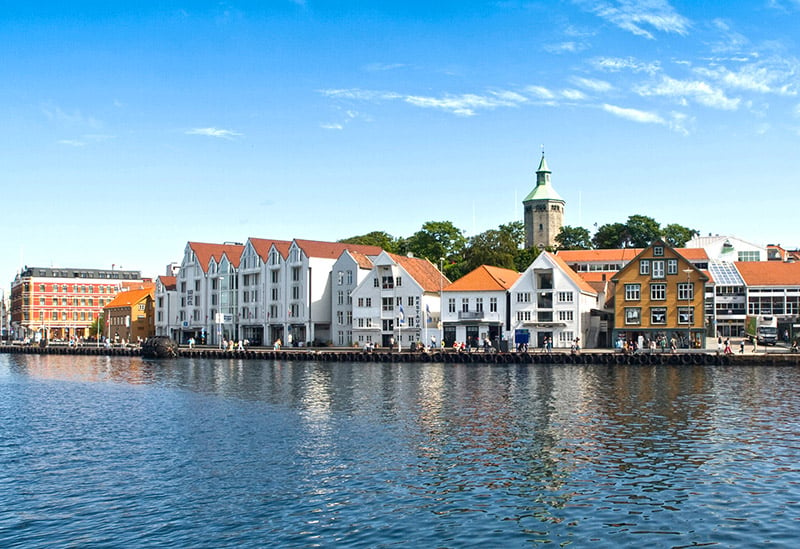 How much do you know about Norway's fourth biggest city? Learn something new with these 11 interesting facts about Stavanger in southwest Norway.

Are you planning a trip to Stavanger, or do you have a burning curiosity to find out more about this peaceful, west coast city? Perhaps you just want to impress your friends and family with some little-known facts. Either way, you're in the right place.

This article runs through 11 interesting facts about Stavanger, from historical facts to information about the city's cathedral. Stavanger is everything you'd expect form a Norwegian city and so much more!

1. The Battle of Hafrsfjord. Between 872 and 900, this famous battle was fought just to the west of Stavanger at the Hafrsfjord. This naval battle played a pivotal role in the unification of Norway. Following its conclusion, King Harald I declared that he was to be the sole ruler of the kingdom of Norway.

In 1983, the city unveiled sverd i fjell (The Swords in the Rock), a monument designed by local sculpture Fritz Røed. Located in the Madla district, the swords have become a key landmark in the city, drawing thousands of visitors each year. 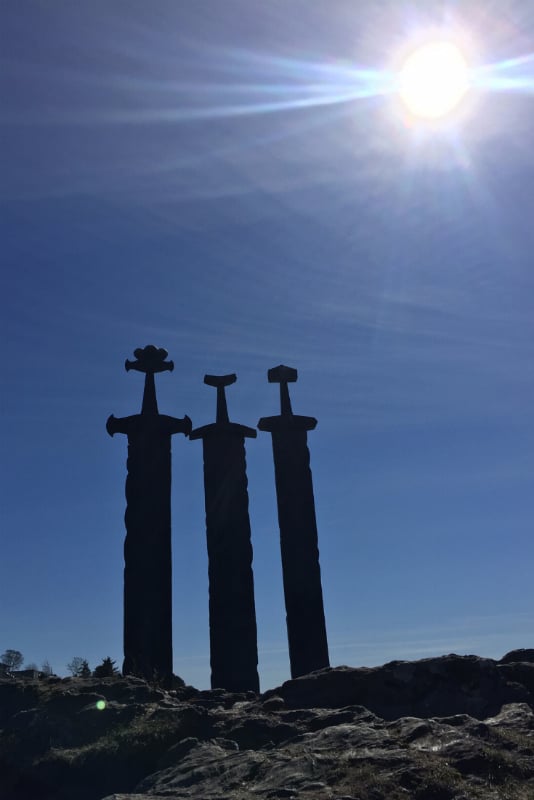 2. Stavanger was officially established as a city in 1125. From this date, the city gradually expanded from being an important market town into the international university city that it is today.

The earliest evidence of inhabitants in the area can be traced back to the year 3000 B.C. This is a date deduced from the analysing of cave dwellings just outside of the city. The earliest inhabitants of Norway are believed to be some time around 8000 B.C.

3. Stavanger has the largest collection of wooden houses in northern Europe. There's an estimated 8,000 of the timber buildings lining the city’s streets. The heart of this is the old town, Gamle Stavanger, in the Vågen district of the city.

The predominantly wooden nature of Stavanger gives it a small town feel no matter where you go. Even in the city centre, it feels more like a small town as there are hardly any tall buildings or intrusive modern architecture. Stavanger is a big city spread out over a vast area, a quiet mixture of quaint and unassuming. 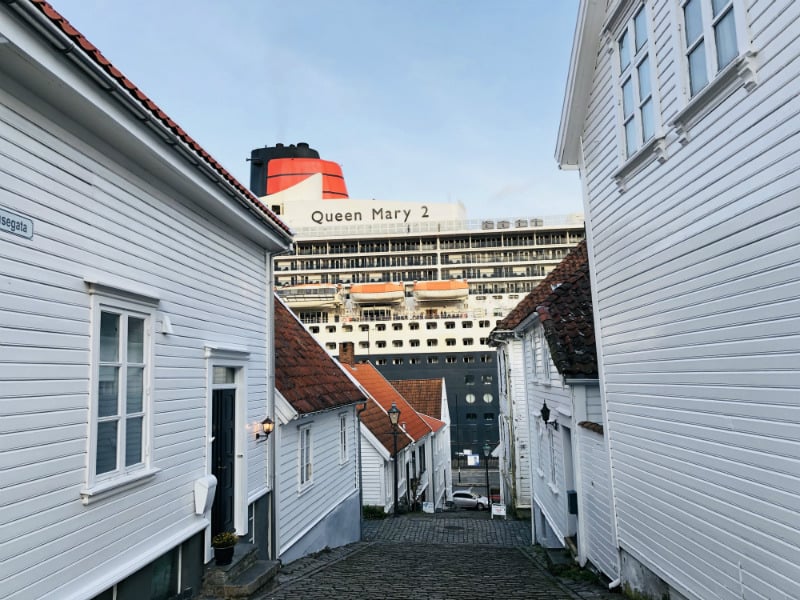 It was built sometime between 1100 and 1150, following Sigurd Jorsalfarer’s declaration that Stavanger was to be a cathedral city. There is however some debate about which came first – the city or the cathedral?

5. In 1272, the cathedral was heavily damaged by fire. The mostly wooden structure provided little resistance. A short while after this devastation, the cathedral was rebuilt under Bishop Arne sometime between 1276 and 1303. It was during this rebuild that the cathedral took on a Gothic feel, and this is the Romanesque architecture that we see in the building today.

6. There were two later additions to the cathedral. In the 1650’s, Andrew Smith designed an elaborately detailed pulpit which was added around the same time. Then in 1957, stained glass by Victor Sparre was installed.

7. Stavanger is the oil capital of Norway. The city has played an instrumental role throughout Norway's oil and gas story. Arguably the biggest date in Norway's recent history is the year 1963. That's the date that the Norwegian Government declared sovereignty of the Norwegian continental shelf in the North Sea. 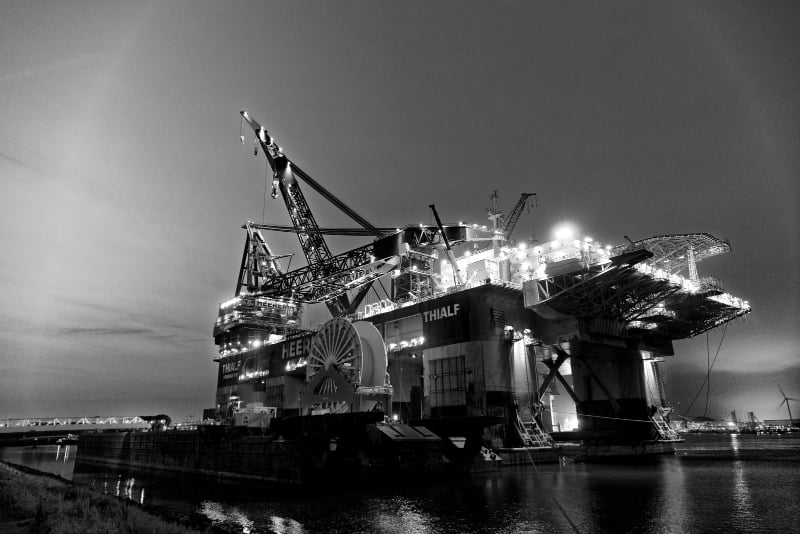 It was a pivotal moment in the country’s oil history, and it is the biggest reason for their huge wealth and economic growth in subsequent decades.

The reason was two-fold: not only in the claiming of territory but also in the government’s decision to introduce an act that ensured any natural resources would belong to the Norwegian state. And the rest is history as they say.

8. Oil was discovered near Stavanger in 1969. Shortly before Christmas in 1969, the Norwegian government was informed by Phillips Petroleum Company of the discovery of what became Ekofisk, a large oil field about 320 km southwest of Stavanger. To this day, it is one of the most significant oil fields in the North Sea.

The petroleum industry provided the Norwegian government with a total estimated net income of NOK 238 billion in 2019 alone, and that figure is expected to rise to NOK 245 billion in 2020.

Norway have been sensible with their money, and the funds currently reside in two separate pots. In 1967, the government introduced the Government Pension Fund Norway, a form of national insurance fund that is limited to domestic and Scandinavian investments.

The far bigger of the two sovereign wealth funds, is the Government Pension Fund Global. Established in 1990, it is known informally as the ‘Oil Fund’ and has over one trillion US Dollars worth of assets worldwide. It is the world’s largest sovereign wealth fund holding, approximately 1.4% of global stocks and shares.

However, its urban area is much higher – some 237,369 if you include neighbouring Sandnes and Randaberg. This classification would see the Stavanger region as the third-largest urban area in the country.

Breaking down the city's population into ethnic groups reveals Norwegians are the highest inhabitants with 88.7%, second is the Poles on 6.7%, closely followed by the Brits on 4.6%.

Stavanger’s aim was to present itself as an open and friendly city. The term ‘Open Port’ was used as concept. The inclusive and open nature of Stavanger’s people, the promotion of the city’s arts scene, and the encouragement shown towards new ideas and opportunities were key facets of their reign.

11. Viking FK is the city’s major football club. They are the third most successful in the history of Norwegian football. The Stavanger club have won eight league titles and six Cup finals.

They are behind only Fredrikstad in second (nine league wins and 11 cup wins) and perennial trophy-winners Rosenborg in first (26 league wins and 12 cup wins). Be sure to check out a game at Viking Stadion next time you are in the city. The season runs from April to November.

5 thoughts on “11 Interesting Facts About Stavanger”